Clear of virus, Zeke set to 'prove' self 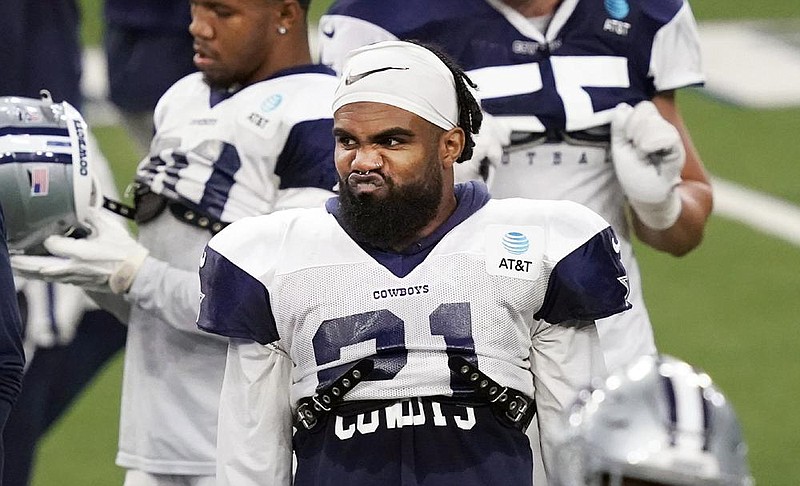 Dallas Cowboys running back Ezekiel Elliott is in training camp with the team despite not working out for a month when he was stricken with covid-19. AP/LM Otero)

FRISCO, Texas -- Ezekiel Elliott wondered for several weeks during the NFL's coronavirus shutdown how his covid-19 infection would affect training camp a year after the star running back of the Dallas Cowboys missed the entire preseason over his contract.

The two-time rushing champion hasn't missed any time during camp, which is being held at team headquarters 30 miles north of Dallas because the pandemic wiped out the Cowboys' usual trip to California.

Now Elliott will see what difference a full camp can make again after 2019 was the first time he played a full season and didn't lead the NFL in rushing.

"I'd probably say I didn't work out for a month because there's some complications covid can cause to your organs, so you've got to make sure your heart and lungs are working all together before you get back out there," Elliott said. "It definitely was good to get back out and moving once I got out of quarantine."

Boston pitcher Eduardo Rodriguez is sitting out the pandemic-shortened baseball season because of heart complications caused by covid-19, and there is concern in college football over the disease's impact on organs.

The 25-year-old Elliott said he had mild symptoms for a couple of days, mainly a cough and some difficulty breathing. He said he feels good now.

About the time Elliott was cleared to work out, a national poll came out ranking the running backs. And while the NFL leader in yards rushing since entering the league in 2016 was third overall, an offensive coach who had him 11th was quoted as saying Elliott had "very few breakout runs" and "doesn't look strong anymore."

Elliott went on a social-media rant seeking respect, and now waits for the chance to show he deserves it.

"I think I do have a lot to prove," said Elliott, who has 5,405 yards rushing over the past four seasons compared to No. 2 Todd Gurley's 4,298. "It's not something you go enforce. You just go grind, go to work every day and let it happen. "

There is evidence of a diminishing breakaway threat from Elliott, who took a screen pass 83 yards for a touchdown when he was a rookie. The 2016 All-Pro had just four runs of at least 20 yards last season after combining for 25 in the two seasons in which he won the rushing title.

Still, the front office that gave him a $90 million, six-year contract to end last year's holdout days before the start of the season doesn't need any convincing.

"I don't think Zeke has anything to prove," executive vice president of personnel Stephen Jones said. "I think Zeke's one of the best if not the best running back in the NFL and certainly he's been very consistent throughout his career on his production."

First-year Coach Mike McCarthy won a Super Bowl with Aaron Rodgers in Green Bay and brings a long history of working with quarterbacks.

McCarthy has had to make it a point several times to say he realizes he has one of the league's busiest backs, and one whose punishing style works to his advantage when his carries pile up. And McCarthy doesn't seem concerned about any decrease in explosive runs.

"The guy I saw on film was the guy who had 4-plus [yard] runs almost every time he touched the ball," McCarthy said. "There is no flaws there as far as him as a runner. He finishes runs. He finishes plays. His ability to be a multiple run force runner is something I think we will definitely utilize."

Elliott ran for at least 100 yards in nearly half the Dallas games last year on his way to 1,357 yards, which was fourth in the league. The problem was the number of times he didn't get to 50: Four games compared to two total in his first three seasons 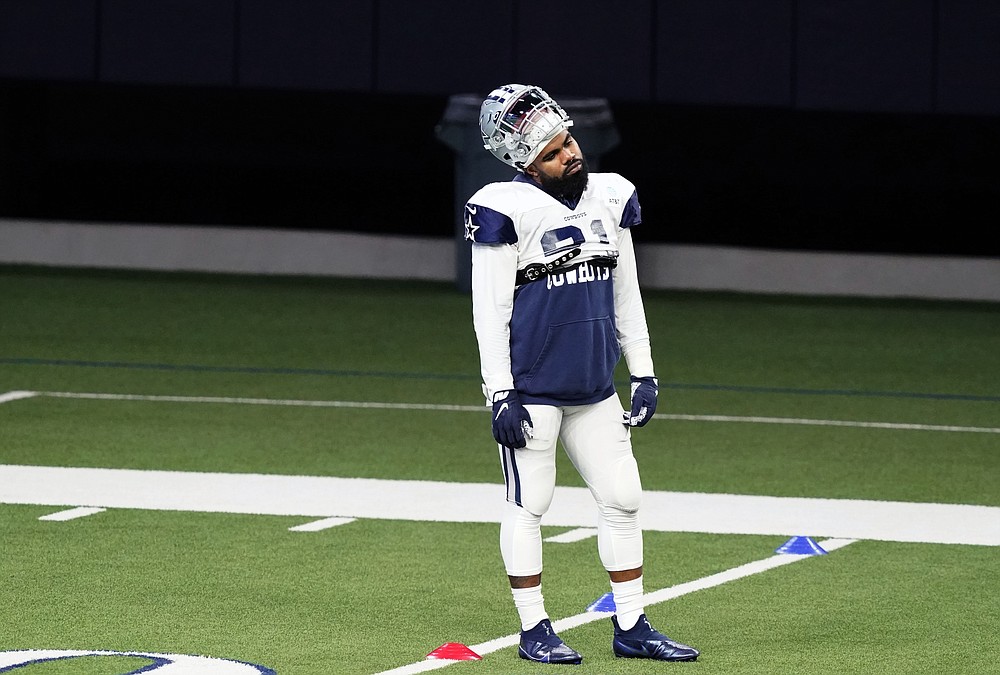 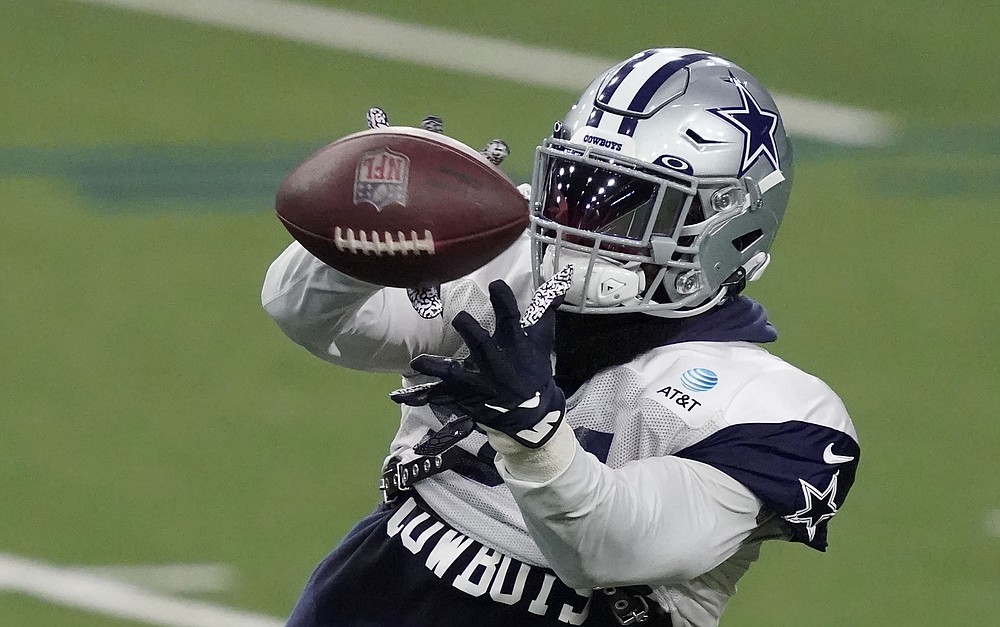 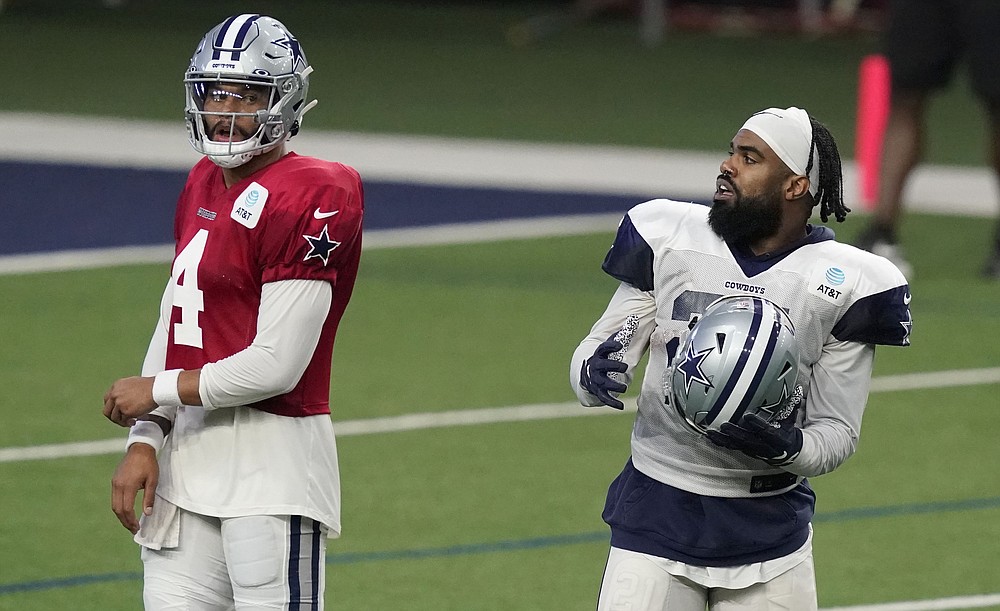