Dominant Grienke sets up Astros' sixth in a row 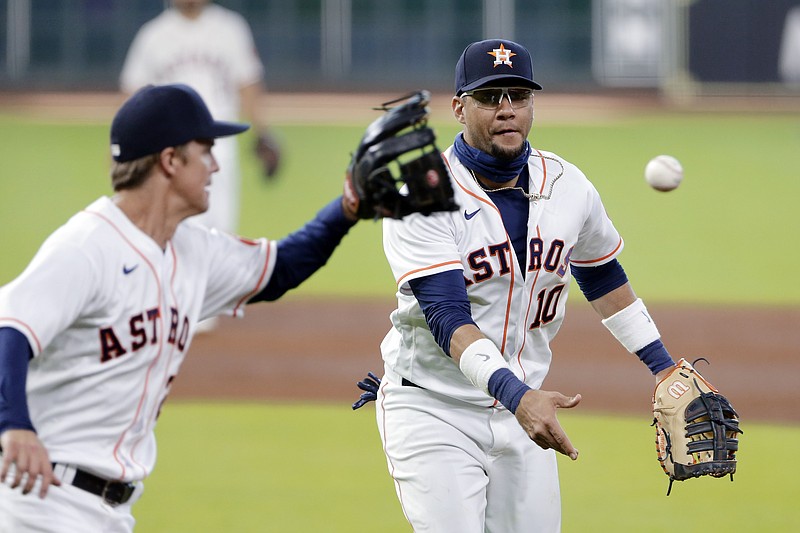 Houston Astros first baseman Yuli Gurriel (10) flips the ball to starting pitcher Zack Greinke (21) as he runs to first base to make the out on Colorado Rockies Garrett Hampson during the sixth inning of a baseball game Tuesday, Aug. 18, 2020, in Houston. (AP Photo/Michael Wyke)

HOUSTON -- Myles Straw's RBI single with one out in the 11th inning lifted the Houston Astros over the Colorado Rockies 2-1 on Tuesday, extending their winning streak to a season-high six games.

The back-and-forth finish came after the teams were scoreless going into extra innings, highlighted by splendid performances from starters Zack Greinke and Antonio Senzatela.

The right-handers had nearly identical lines: They both went eight innings, allowed three singles and walked none. Greinke struck out seven for Houston, one more than Senzatela.

"He had an awesome lineup over there off-balance, looking for breaking balls and he'd throw a fastball," Astros Manager Dusty Baker said. "It's like he was almost in their heads, what they were looking for."

After both teams scored in the 10th, Abraham Toro started Houston's 11th on second base and the Rockies intentionally walked pinch-hitter Carlos Correa. A sacrifice bunt by pinch-hitter Garrett Stubbs moved up the runners, and Straw singled to left field off Jairo Díaz (0-1).

The Astros wrapped up a 7-1 homestand after losing five in a row.

"This does a lot for our confidence," Baker said. "We've still got a couple of guys that we've got to get going, but we've some guys swinging better, playing better and we've gotten outstanding defense and good pitching."

TWINS 4, BREWERS 3 (12) Kenta Maeda had a no-hitter going into the ninth inning before the Brewers tied the game, then Jorge Polanco reached on a fielder's choice in the 12th to score Byron Buxton to lead host Minnesota past Milwaukee.

BLUE JAYS 8, ORIOLES 7 (10) In Baltimore, Travis Shaw scored on a throwing error in the 10th inning as Toronto beat the Orioles after blowing a four-run lead.

WHITE SOX 10, TIGERS 4 In Chicago, Tim Anderson hit a home run to lead off the first inning for the second consecutive night and finished with four hits and three RBI as the White Sox earned their third consecutive victory by beating the Tigers. 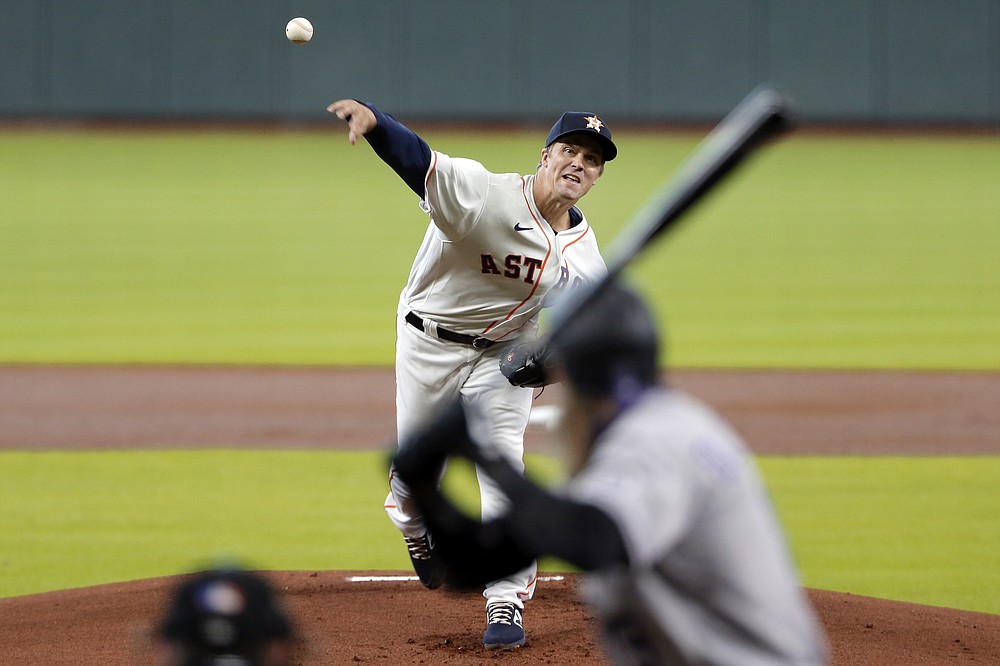 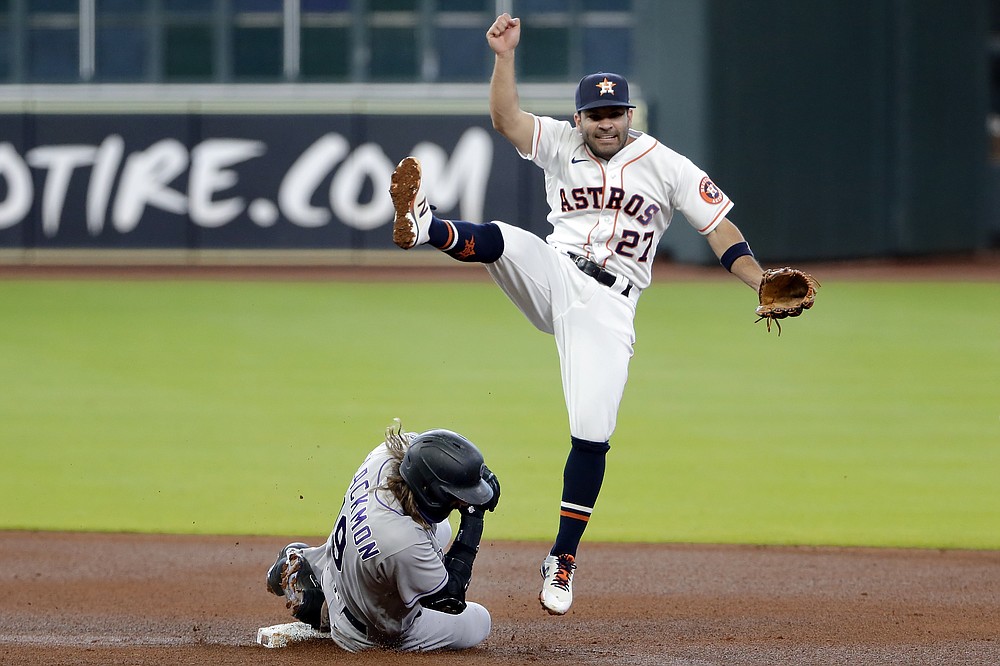 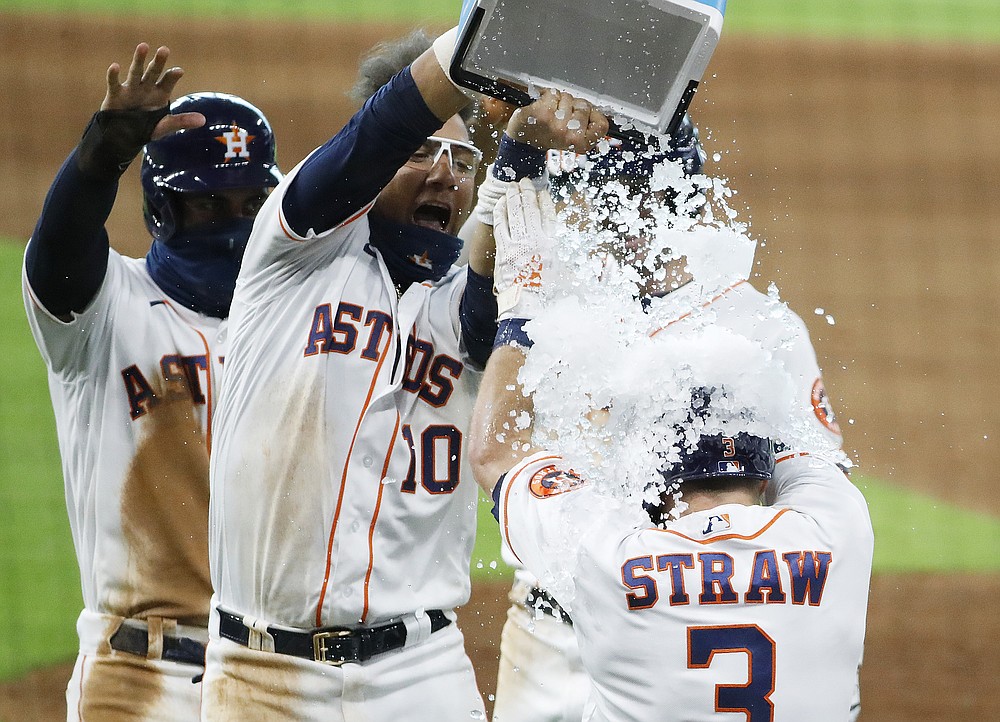 The Houston Astros' Myles Straw receives an ice bucket shower from Yuli Gurriel after hitting a walk-off single in the bottom of the eleventh inning against the Colorado Rockies on Tuesday, Aug. 18, 2020, at Minute Maid Park. (Kevin M. Cox/The Galveston County Daily News via AP) 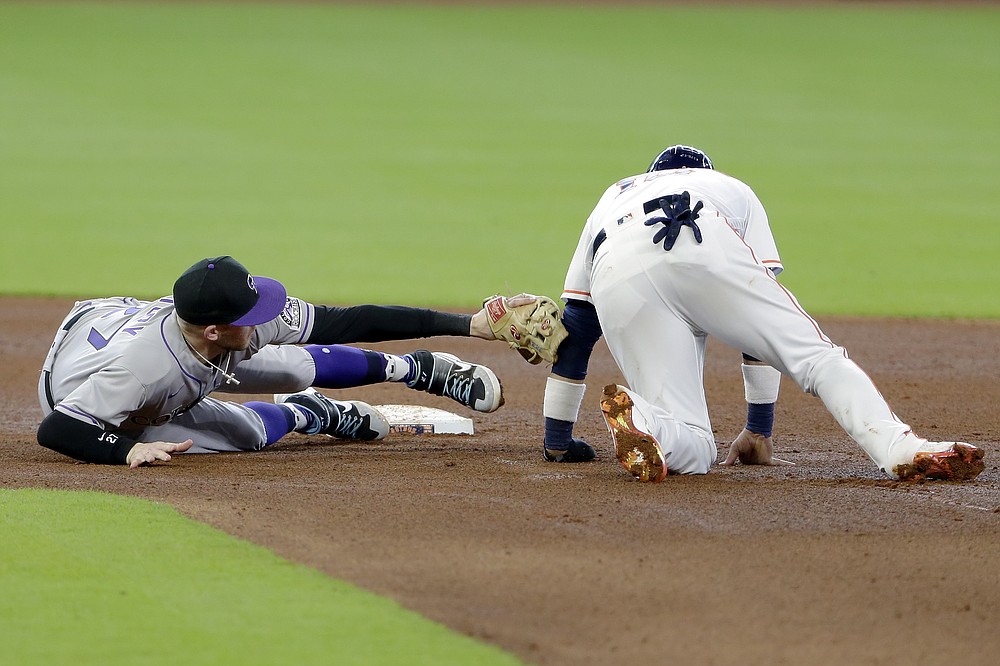 Colorado Rockies shortstop Trevor Story, left, makes the tag for the out at second base on Houston Astros Yuli Gurriel during the fourth inning of a baseball game Tuesday, Aug. 18, 2020, in Houston. (AP Photo/Michael Wyke) 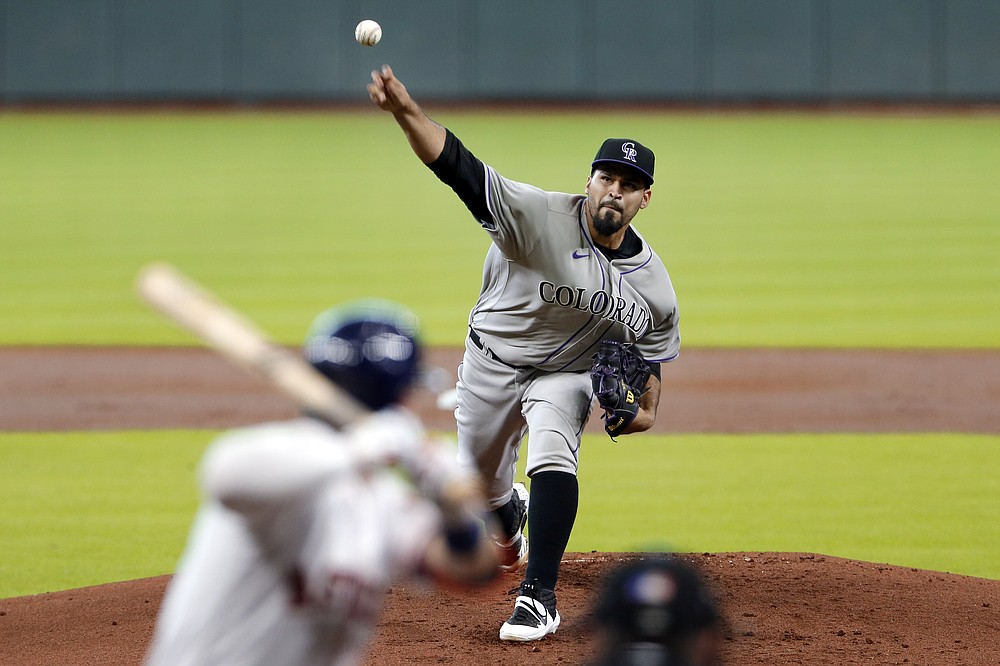