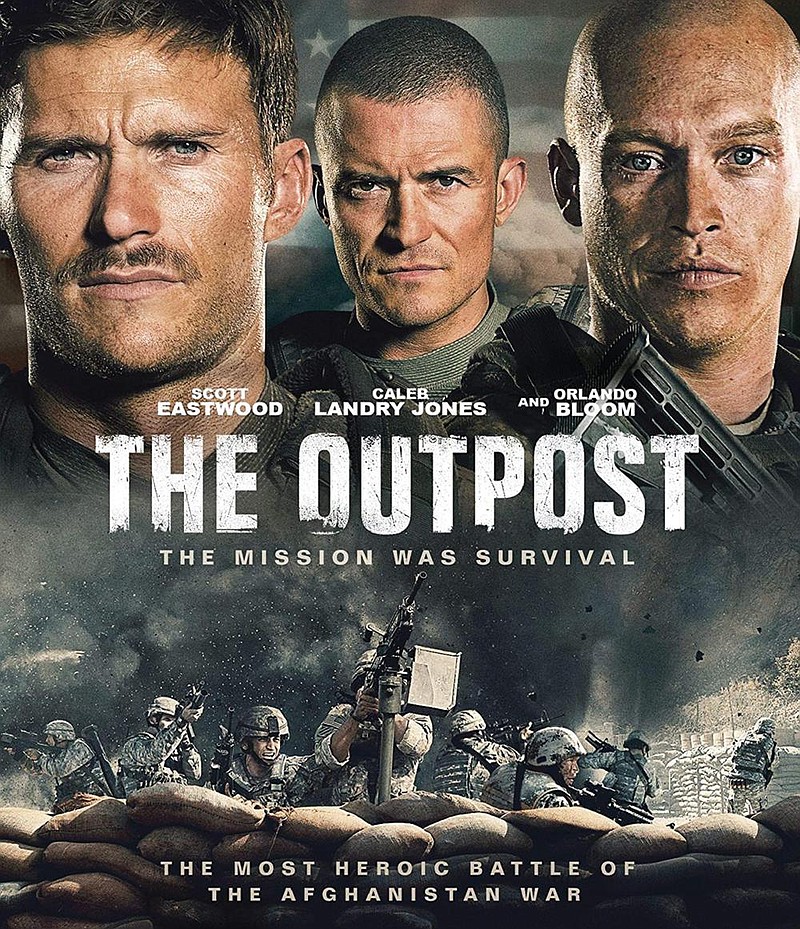 "The Outpost" is a wrenching war thriller that has absorbed the lessons of documentaries like Sebastian Junger and Tim Hetherington's "Restrepo," and fiction films like Steven Spielberg's "Saving Private Ryan," and Oliver Stone's "Platoon."

Army Combat Outpost Keating was in the remote Hindu Kush, at the foot of three steep mountains in eastern Afghanistan 14 miles from the Pakistan border. On Oct. 9, 2009, a force of more than 400 Taliban fighters attempted to overrun Bravo Troop 3rd Squadron, 61st Cavalry Regiment of the 4th Infantry Division, a group of 53 American soldiers stationed there. After a 12-hour firefight, eight Americans were dead and 27 were wounded. About 150 Taliban fighters were killed.

Bravo Troop became one of the most decorated units in the Afghanistan war, with two living service members receiving the Medal of Honor from the same battle for the first time in 50 years.

Though they held off the Taliban, the troops withdrew from the outpost shortly afterward, in accordance with Coalition Commander Gen. Stanley McChrystal's strategy of ceding remote outposts to the enemy and consolidating troops in more populated urban areas.

So Bravo Troop was defending an outpost the Coalition really didn't want, a situation straight out of Joseph Heller's "Catch-22," which drew from the author's experiences as a bombardier during World War II.

While "The Outpost" is based on CNN anchor Jake Tapper's best-selling 2012 book of the same title, director Rod Lurie wisely concentrates on the men of Bravo Troop, notably on the arrival of three newcomers; as one of them finds his bunk, he notices the words "It doesn't get better" carved into a piece of nearby timber.

They are bored, agitated young men who quickly cycle through teasing, resentment and flaring hostility as they wait for the inevitable attack. It's sometimes difficult to tell the individual soldiers apart, but their interchangeability might be the point.

While the first half of the film is technically impressive, with Lurie's camera snaking through the claustrophobic quarters of the camp and catching the desperation in the men's macho bravado, the dialogue, while naturalistic, feels flat and forced, like a party that's running out of steam.

Then the full-powered horror of war breaks in.

Given the circumstances of its release -- to digital outlets because of the ongoing covid-19 lockdown of most theaters -- it's unlikely that "The Outpost" will do much to significantly raise Lurie's profile among general audiences.

But it is one of the best American films to be released in this odd year, honoring the sacrifice of ordinary men called to extraordinary service while refusing to ignore the inhumanity of old heads who send young people off to lonely, rocky places to die for high ideals.

"The Collini Case" (not rated, 2 hours, 3 minutes) A compelling if often melodramatic legal drama in which a young court-appointed lawyer stumbles upon a vast conspiracy while defending a 70-year-old German-Italian accused of murdering a well-regarded industrialist, who happened to be the grandfather of the lawyer's first love. With Elyas M'Barek, Alexandra Maria Lara; directed by Marco Kreuzpaintner. In German, Italian and Latin, with English subtitles.

"I Am Vengeance: Retaliation" (R, 1 hour, 30 minutes) This violent, mediocre sequel to 2018's "I Am Vengeance" concerns onetime special-forces soldier John Gold, (Stu Bennett) tasked with bringing the man who betrayed his team on their final mission to justice. Gold, however, would rather just kill him. With Vinnie Jones; written and directed by Ross Boyask.

"Open 24 Hours" (not rated, 1 hour, 42 minutes) An intense, gory slasher-fest in which, after setting her serial killer boyfriend on fire (he had it coming), a paranoid delusional woman gets a job at an all-night gas station. Chances for a gruesome outcome seem pretty high. With Vanessa Grasse, Brendan Fletcher, Cole Vigue; written and directed by Padraig Reynolds.

"Guest of Honour" (not rated, 1 hour, 45 minutes) You'd think a film starring David Thewlis (2017's "Wonder Woman," 2015's "Macbeth," three Harry Potter movies, and my favorite, 1993's "Naked") and directed by Atom Egoyan ("The Sweet Hereafter") would be worth watching. Sorry to disappoint, but outside of yet another worthwhile performance by Thewlis, it fails to overcome a clumsy and implausible plot. He plays the father of a high school music teacher who's accused of sexually assaulting a 17-year-old student, a situation that's difficult to resolve when the past interferes. With Laysla De Oliveira, Luke Wilson, Tamara Podemski; written and directed by Egoyan.