Fifth grade romance turns to friendship and back 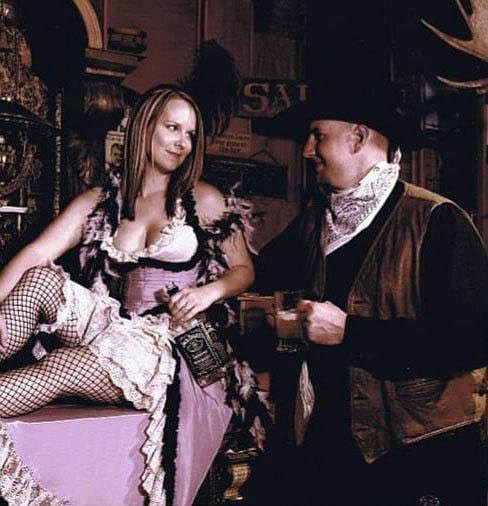 Waylon Corley had gone to school in Glen Rose with Jennifer Elmore since kindergarten but one day in fifth grade he could have sworn a light shone down on her and realized he was in love.

Waylon was just 10 when his buddy announced that he wanted to ask Jennifer's best friend to be his girlfriend. Waylon looked across the room, his eyes landing on Jennifer.

"It was like a light shone down on her, and I realized, in that very moment, she was the most beautiful girl I had ever seen," Waylon says. "That sounds extreme when you're discussing a fifth grader's crush, but what I felt right then was the strongest attraction I had felt toward anyone or anything in my life."

He walked over and asked if she would be his girlfriend. She said yes.

Her mother took them to the library for their first "date."

"He was super tall and skinny and he was looking at bodybuilding books," Jennifer says. "What's funny about that now is that he's really gotten into bodybuilding in the last few years, as an adult."

He invited her to a Van Halen concert, though her father nixed that idea.

He gave her a kitten for Christmas, and she named it Miss Kitty.

In sixth grade, Jennifer broke up with Waylon. He didn't understand why and she wouldn't tell him until years later. He was crushed, but with the resilience of youth he carried on.

Extracurricular activities took them in different directions for a couple of years but by ninth grade, they were both spending time in a gifted and talented English program. He was a football player and she was a cheerleader and drum major and those things brought them together as well.

"We just became best friends during all that," Jennifer says. "He was my secret-keeper. I could tell him anything." 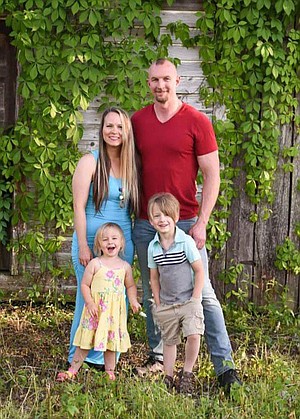 Jennifer and Waylon Corley went on their first date to the library when they were just 10 years old. She broke his heart by end- ing their romance in sixth grade, but their high school reunion reunited them. Last year, they planned their 20 year high school reunion together. “I’m not sure how we ended up doing that, but it was fun,” Waylon says. (Special to the Democrat-Gazette)

They goofed off in the back of their classes, sometimes amusing their teachers with their antics, and on weekends they went off-roading. They were voted "Best All Around" together and had their picture taken for the high school yearbook.

In 1999, they graduated and left Glen Rose for different colleges. Waylon joined the National Guard and did a tour in Iraq. They both had relationships, adventures and experiences.

In 2009, they reconnected to plan their high school reunion.

Waylon was working in Dallas, and when the reunion was over he and Jennifer met for a vacation to Mexico and Honduras.

"We were on this cruise and I just fell madly in love with him," she says. "I remembered as a kid how I felt like I loved him, but when you're a kid you don't really have that capacity. I did love him back then, for sure, but it wasn't, you know, adult love."

They swam and danced to Bob Marley and soaked in the hot tub and they spent time on the beach.

"It was a white sandy beach and there was a coral underneath the shallow part," she says. "We were kind of out there a little far and as we started to go across it I was like, 'This coral is just cutting up my feet.' He carried me on his back over the coral."

Jennifer moved to Texas to be near Waylon for a while and they bought a little gift shop, Heritage Designs, in downtown Hot Springs.

"We would look up people's coat of arms and do their coat of arms for them because we both really dig history. We're kind of history nerds," Jennifer says.

Genealogy is still a hobby they enjoy doing together. They even discovered that their ancestors a few generations back appeared on the same Census record.

Waylon was working as a project manager and Jennifer was running the shop, and though they knew they wanted to marry, planning a wedding didn't easily fit into their schedules.

On June 21, 2011, they took a few hours off and went down the street to an old-fashioned photo studio near their gift shop where they donned historical costumes and exchanged their marriage vows.

"He was the cowboy and I was dressed like a saloon girl," she says. "What I remember most about it was that it was fun and I liked that. So many times people are worried and stressed out on their wedding day and I didn't want that and I don't think he wanted that either."

They sold their business a few years ago so Jennifer could stay home with their children -- Beau, 4, and Alexandria, 2.

Waylon found out after they were all grown up that the reason Jennifer broke up with him back in sixth grade is that she overheard him joke to a friend that one day Jennifer would be barefoot and pregnant with his baby.

She says: “We were really young. I think my first solid memory of him is when he asked me to be his girlfriend in Mr. Rash’s class in fifth grade.”

He says: “I had known her but I had never noticed her before and I fell in love. It was the strongest attraction that I ever felt towards something or somebody in my life so I walked over to her in that moment and asked her to be my girlfriend.”

She says: “We walked together to the old-fashioned photo place. During the whole thing, and afterwards, I just remember thinking, ‘This is fun. This is a fun way to do this.’”

He says: “I made a vow, a solemn promise, that through unconditional love we would overcome all adversity together and that we would not let the difficult times detour us from keeping our word and being partners.”

She says: “Establish a true friendship as your foundation beneath everything else. That can get you through any rough times that you have as a married couple.”

He says: “You have to be a man of your word. You need to always stick to your word. Have integrity and keep your vow that you made on your wedding day.”