Mysteries from Arkansas and D.C. revealed

The Mystery Plants for the week of August 17 include some marginally hardy options, depending on the season, and one that we probably should consider an annual. 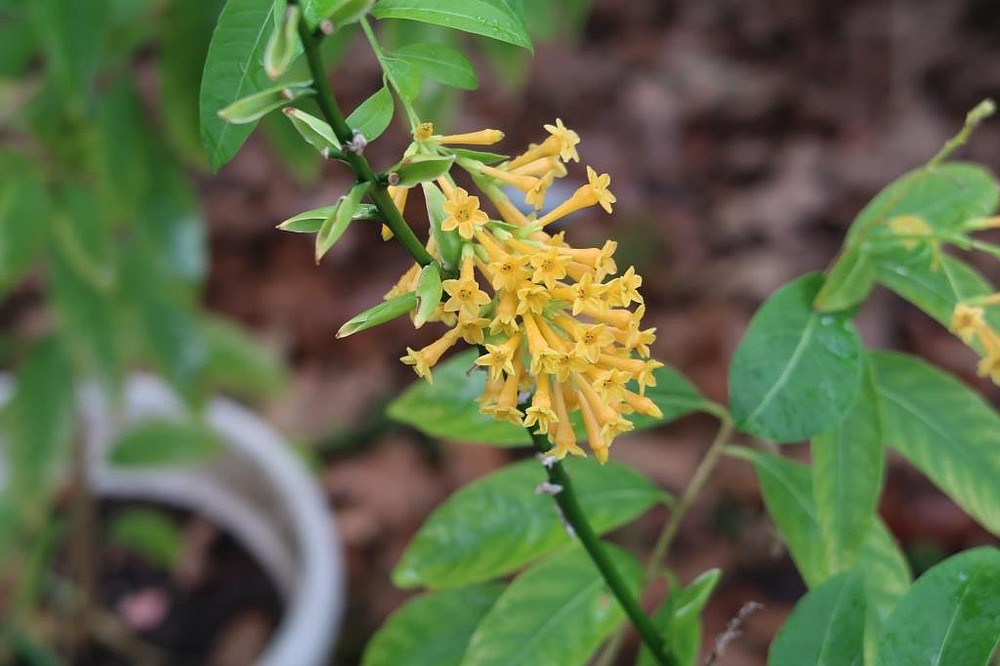 Cestrum aurantiacum – Orange or Yellow Blooming Cestrum - Cestrums are a large group of about 150 species of open, summer flowering shrubs or vines of the nightshade family that range from Mexico into South America. In tropical climates they may reach 15 feet in height but in climates where they are root hardy, but freeze back, they seldom exceed five feet tall and wide. 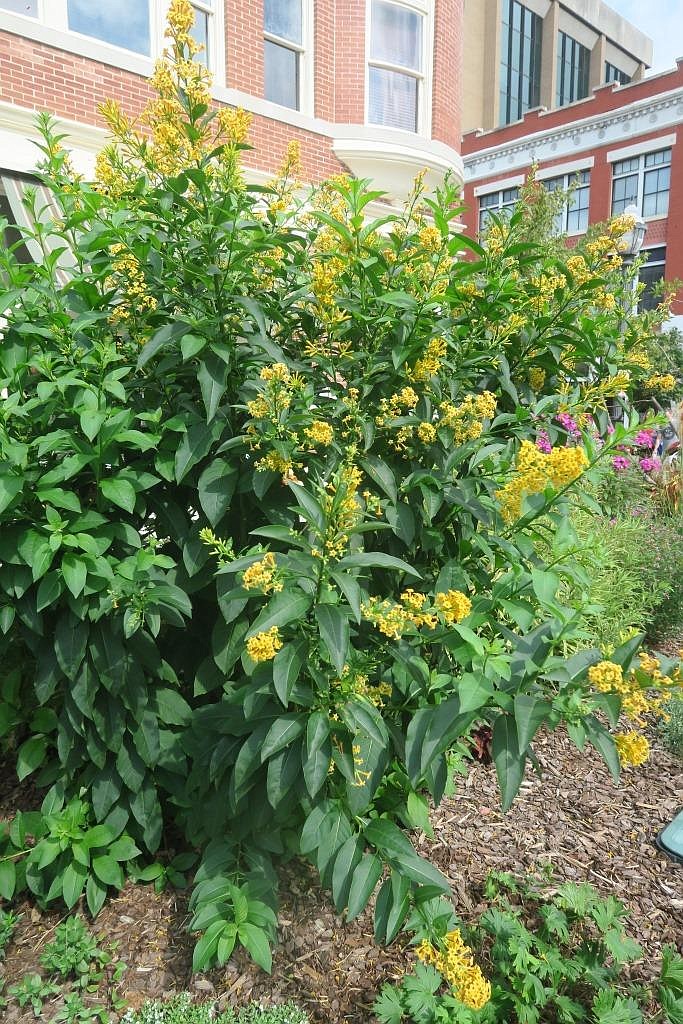 Orange, yellow or gold flowers are produced from late spring through the first killing frost of fall in terminal clusters to 4 inches across. Individual flowers are numerous in the cluster, trumpet shaped with five petals. In the evening, a very faint jasmine scented fragrance is produced. For fragrance, the night blooming cestrum is better, but it is not winter hardy in central Arkansas. 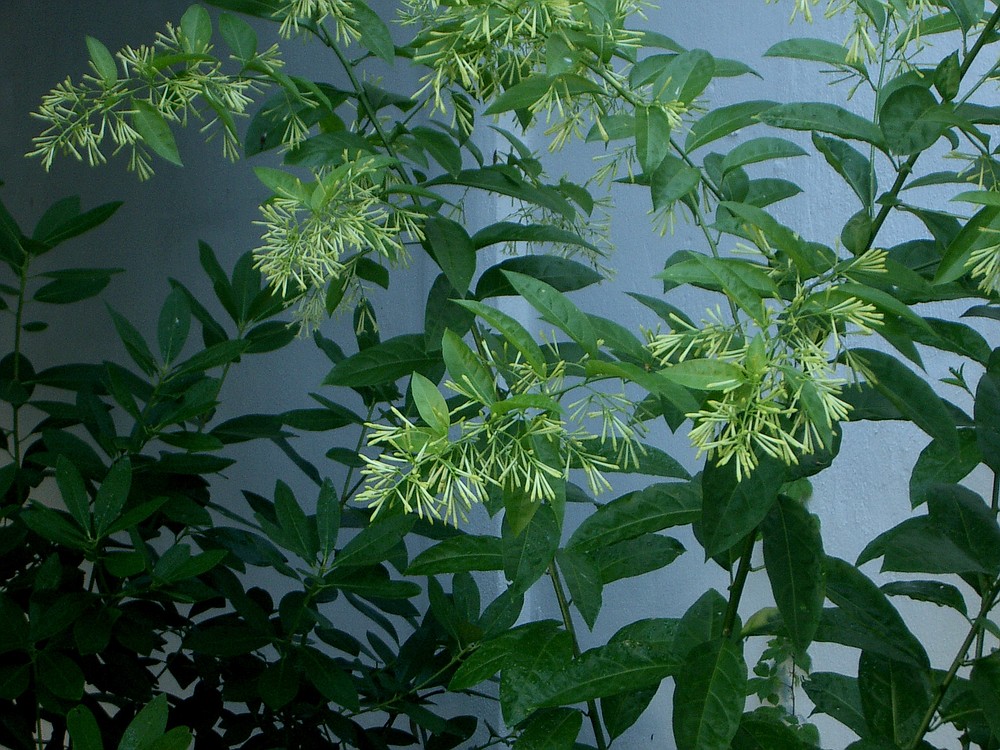 I had never thought them to be winter hardy even in central Arkansas, but then I saw them growing (in the ground) at the Botanical Gardens of the Ozarks in Fayetteville, 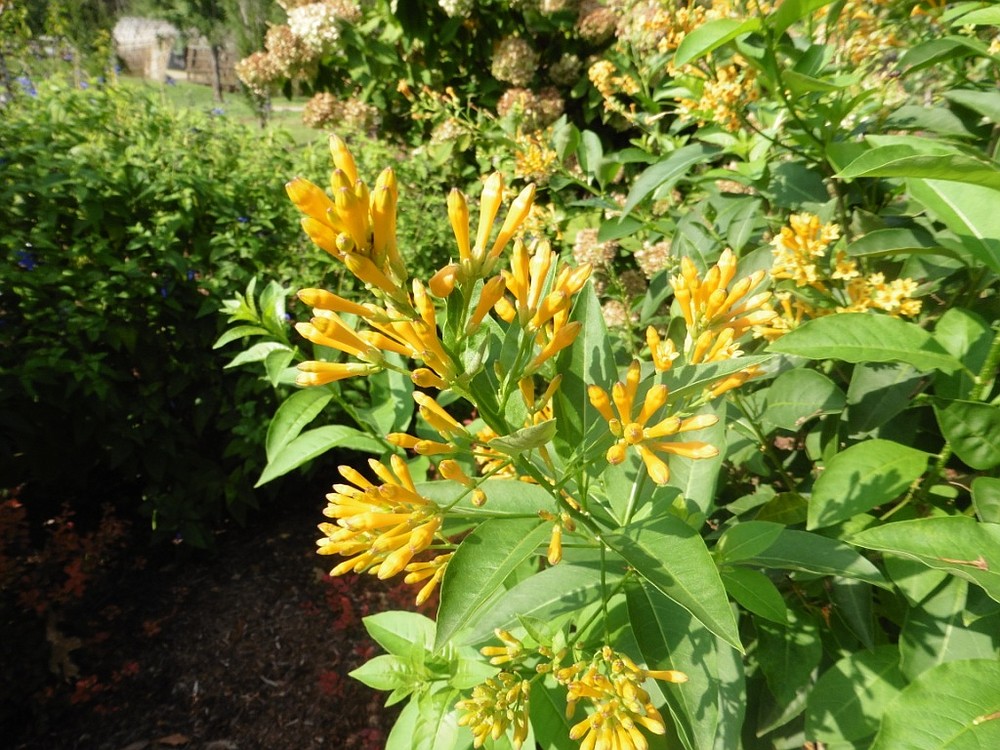 where they were overwintering just fine. I planted one in a large container, and it bloomed consistently for several years. The mild fragrance came out in the evening. Unfortunately, either the early first frost or one of the later ones, killed it this past winter, but I will try again.

Abutilon, commonly called Flowering Maple, is a member of the hibiscus or mallow family. 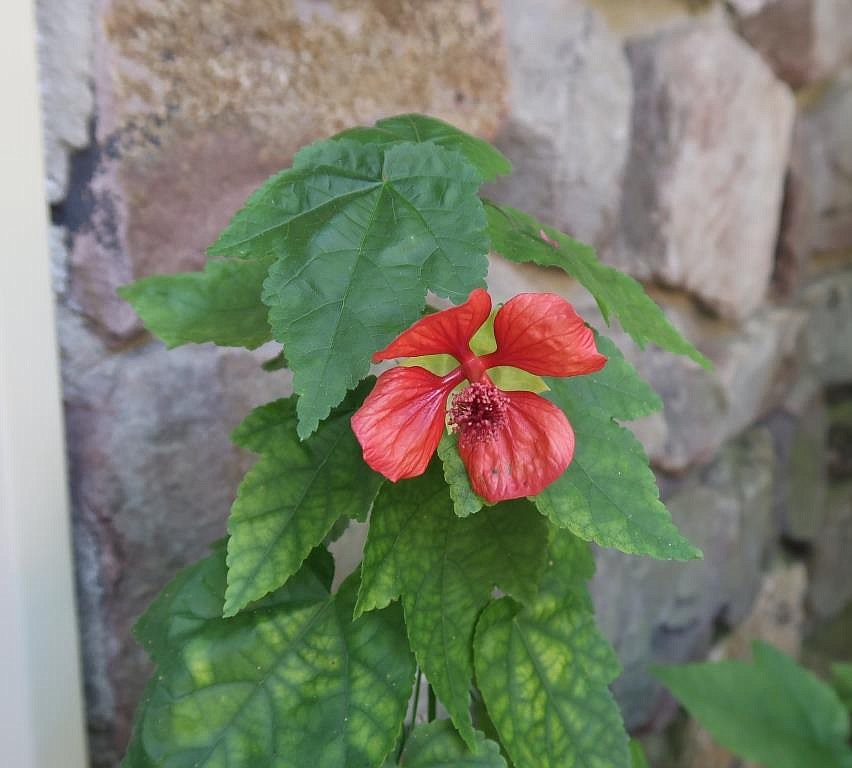 The flowers hang down and are at their showiest if viewed from below the bloom. Flower color ranges from reds, oranges, yellows, pinks or some bi-colors. 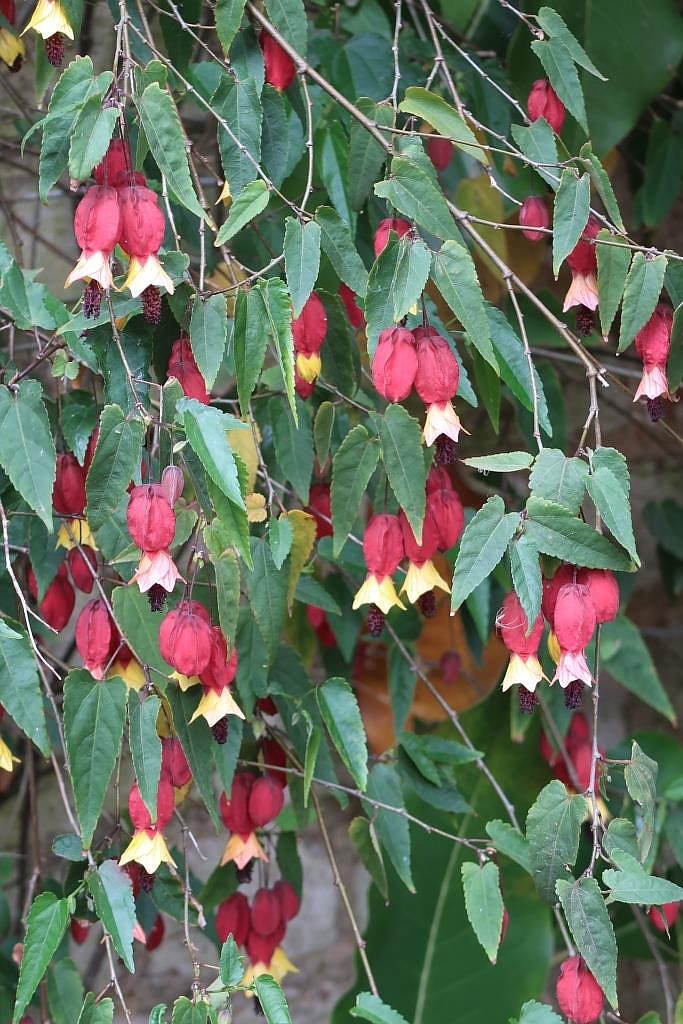 On one of our garden trips to England, gardeners fell in love with these plants and did not think we could grow them in Arkansas. I will not say they thrive for years in Arkansas gardens, but I have had them last several seasons in a semi-shaded area. I have grown them both in the ground and in containers, and I have to say I prefer containers, so I can better enjoy the blooms. 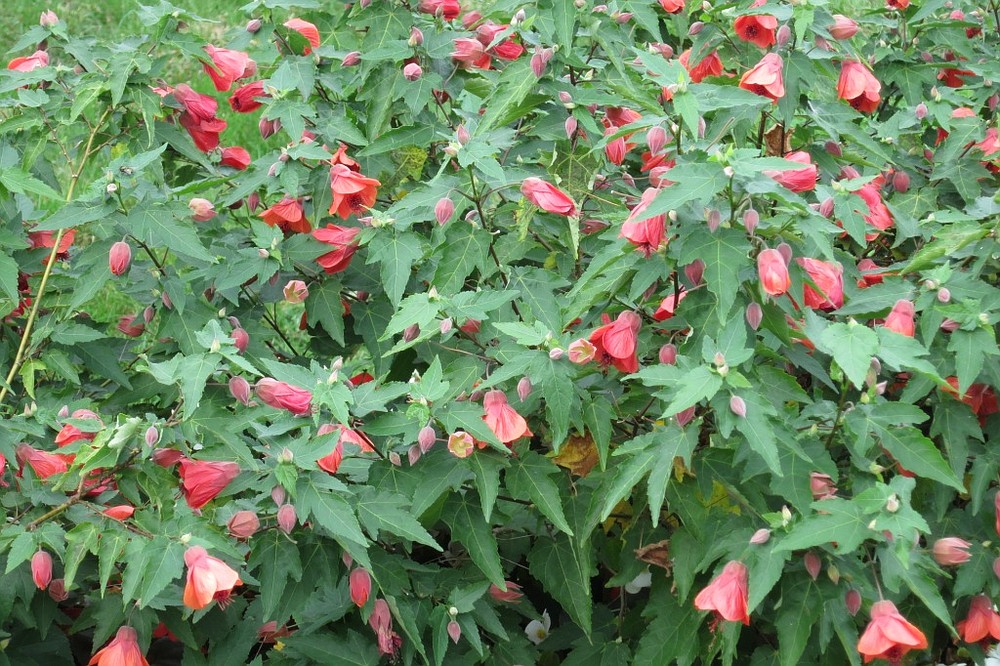 They can bloom all season long, provided they get ample moisture, but make sure the soil is well-drained.

The South African foxglove (Ceratotheca triloba) photo was sent to me by a friend who saw it growing in a garden in Washington,DC. 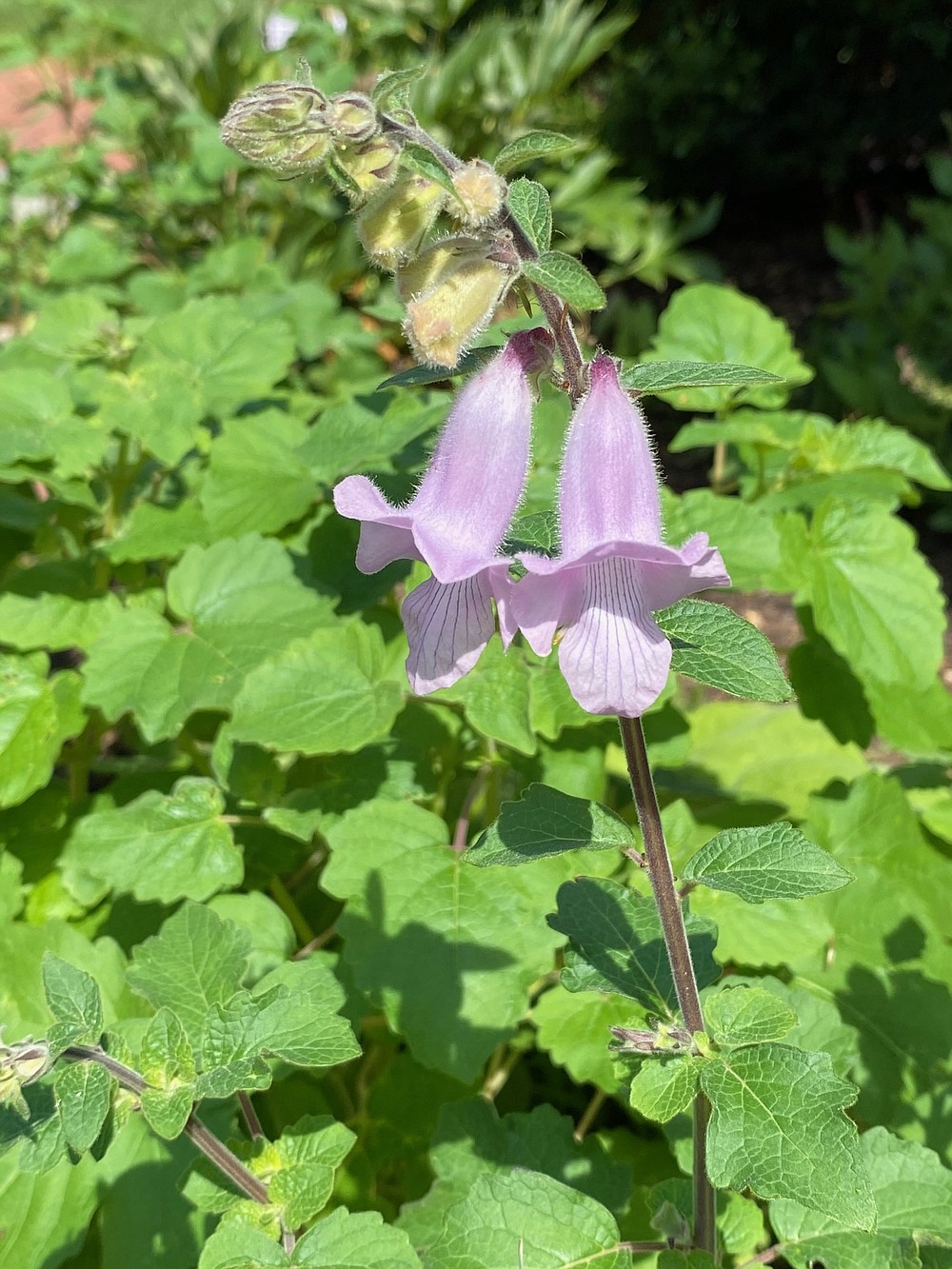 It is supposedly hardy in zones 9 through 11 and grows best where it receives full sun or partial shade. In Arkansas, it would be an annual. While not truly related to the Genus digitalis – our common foxglove, 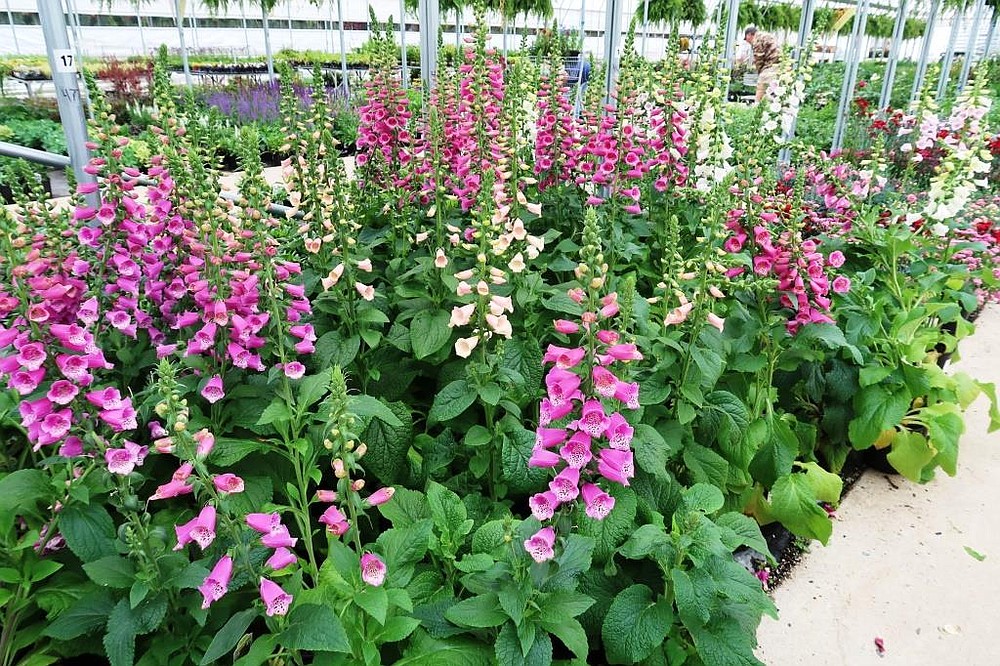 the plant grows with flowering spikes much like its namesake. The flowers are fragrant and usually open in pairs up the stem. The flowers are a favorite of bees and butterflies. It blooms from mid-summer through fall. A friend found this growing in a garden in DC.