Medical marijuana sales in Arkansas slip, but still near $600,000 a day 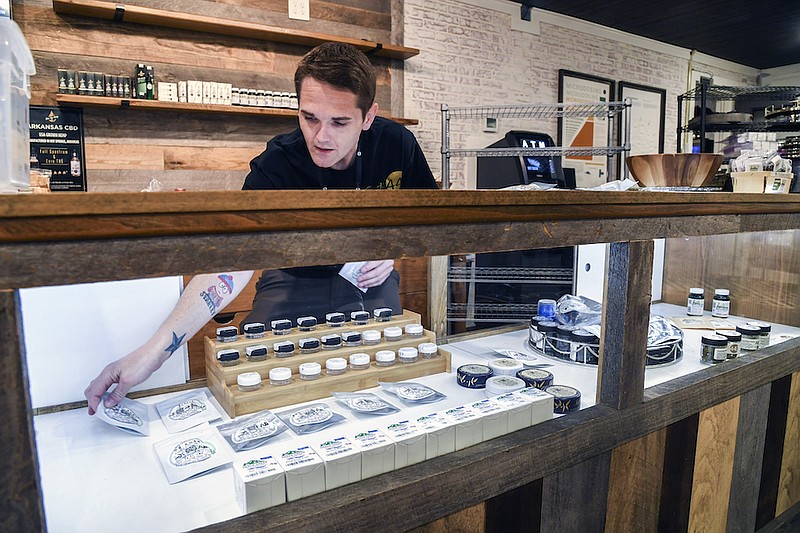 Budtender Tyler Ratliff sets out concentrates for customers to view at Suite 443 Dispensary, 4897 Malvern Ave., on Aug. 12. — Photo by Grace Brown of The Sentinel-Record

The 28 dispensaries in operation have reported $131 million in total sales since the first legal sale of the drug in Arkansas in May 2019.

Almost 30% of the sales have occurred over the past two months.

Green Springs was one of the first dispensaries to open. The more than 3,000 pounds it has reported in sales are the most of any dispensary.

Natural Relief in Sherwood was second in sales for a second consecutive reporting period, following the 158.2 pounds that led the state from July 15 to Aug. 4 with a second-place 114.35 pounds for the period that ended Thursday.

The Tax Procedure Act prohibits the state Department of Finance and Administration from releasing revenue figures for individual dispensaries.

The Department of Health had approved 75,899 medical marijuana cards as of Friday, according to its website. The number of Arkansans certified to have a condition qualifying for medicinal use of marijuana has increased 12% since last month.