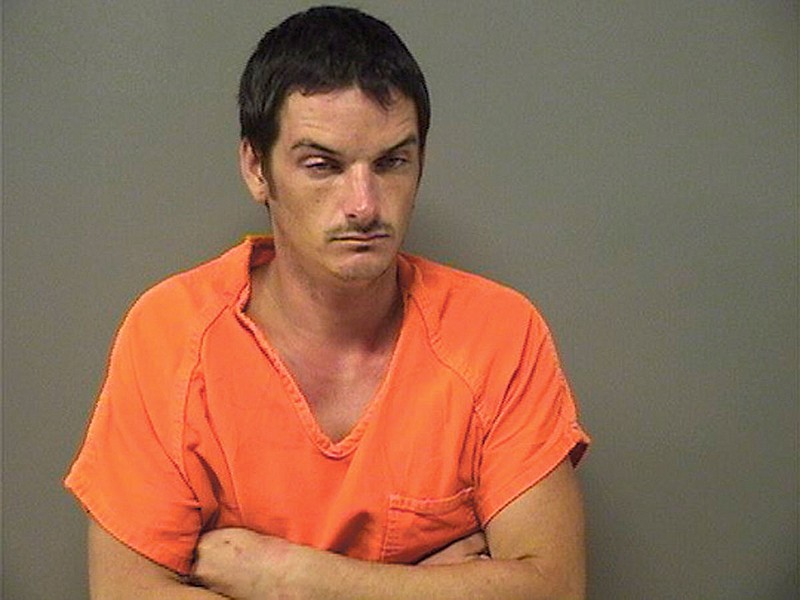 HOT SPRINGS -- A man out on bond from a felony drug arrest earlier this year was arrested again Monday in the break-in at a house in Royal where a burglar alarm was set off.

Cory Lee Hutchins, 29, who lists a Bayside Road address, was taken into custody about 6 p.m. Monday and charged with residential burglary, a felony punishable by up to 20 years in prison. Hutchins remained in custody Tuesday in lieu of $5,000 bond and is set to appear today in Garland County District Court.

Hutchins was arrested May 28 after a traffic stop and charged with simultaneous possession of drugs and firearms, punishable by up to life in prison, possession of drug paraphernalia and possession of a controlled substance, methamphetamine. He was released on a $3,500 bond on July 25 and the case has since been filed to Garland County Circuit Court with Hutchins' arraignment pending.

According to the probable-cause affidavit on the burglary arrest, around 4:15 p.m. Monday, Garland County sheriff's deputies Mason Robinson and Elwood McConnell and Sgt. Jeremy Simpson were dispatched to a residence in the 2300 block of Old Bear Road in Royal regarding a burglar alarm going off.

Simpson found an unlocked door on the lower level of the residence and noted it appeared they had interrupted a burglary.