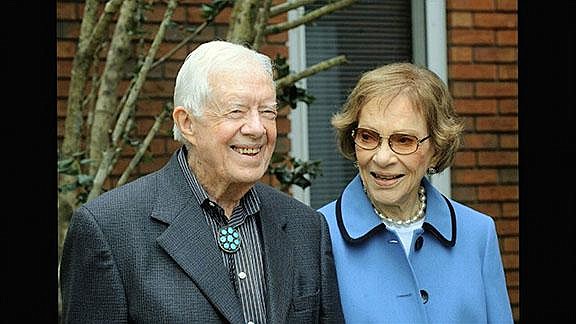 A human-rights organization founded by former President Jimmy Carter and his wife, Rosalynn, is taking its annual fundraising event online. The Carter Center in Atlanta is hosting a virtual, four-day auction that started Wednesday and features an original oil painting by Carter, a vintage Remington typewriter from Tom Hanks’ typewriter collection and a photo of Carter with former President Barack Obama and first lady Michelle Obama, the Carter Center said in a release. The photo is signed by all three of them. The bidding runs through Saturday. The winning bidder for Carter’s painting will be able to choose from three options: one featuring a branch of mountain laurel, one featuring two Northern cardinals and one featuring Tahrir Square in Cairo. The event will culminate in a live show online Saturday night that will include messages from Willie Nelson and Jon Stewart. The Carters founded the center in 1982. It focuses on preventing and resolving conflicts, strengthening democracy and improving health.

A judge this week denied Roman Polanski’s request to restore his membership in the organization that b e s tows the Academy Awards after he was expelled from it in 2018 for pleading guilty to a charge of unlawful sexual intercourse with a minor. The fugitive film director sued in April 2019, asking the court to compel the Academy of Motion Picture Arts and Sciences to make him a member in good standing again. A year earlier, the academy made the rare move of expelling Polanski and Bill Cosby, months after ending the membership of movie mogul Harvey Weinstein. Polanski appealed the decision, and in January 2019 the academy rejected his appeal. Los Angeles Superior Court Judge Mary Strobel ruled Tuesday that the academy had a right to expel Polanski, afforded him a fair hearing and gave him sufficient notice of his expulsion. Harland Braun, Polanski’s lawyer said the 87-year-old director has no plans to appeal Strobel’s decision. “Roman’s membership in the academy is pretty worthless and we would not waste legal fees for an appeal for no real purpose,” Braun said in an email Tuesday to The Associated Press. “Roman is one of the greatest directors in movie history. His art will survive long after the academy is a forgotten relic.” An email seeking comment from academy officials wasn’t immediately returned. In 2019, the academy said in a statement that “the procedures taken to expel Mr. Polanski were fair and reasonable.” Polanski, who won a best-director Oscar for “The Pianist” in 2003, remains a fugitive after pleading guilty to unlawful sex with a minor in 1977 and fleeing the United States the next year. He has been living in Europe since then. 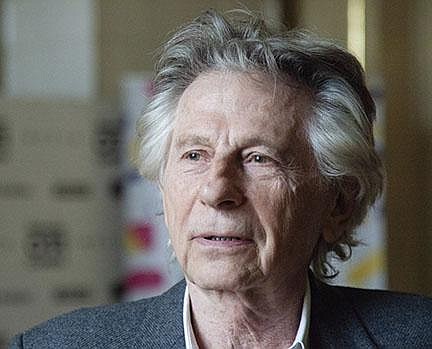 In this May 2, 2018 photo director Roman Polanski appears at an international film festival, where he promoted his latest film, "Based on a True Story," in Krakow, Poland. (AP Photo)
ADVERTISEMENT