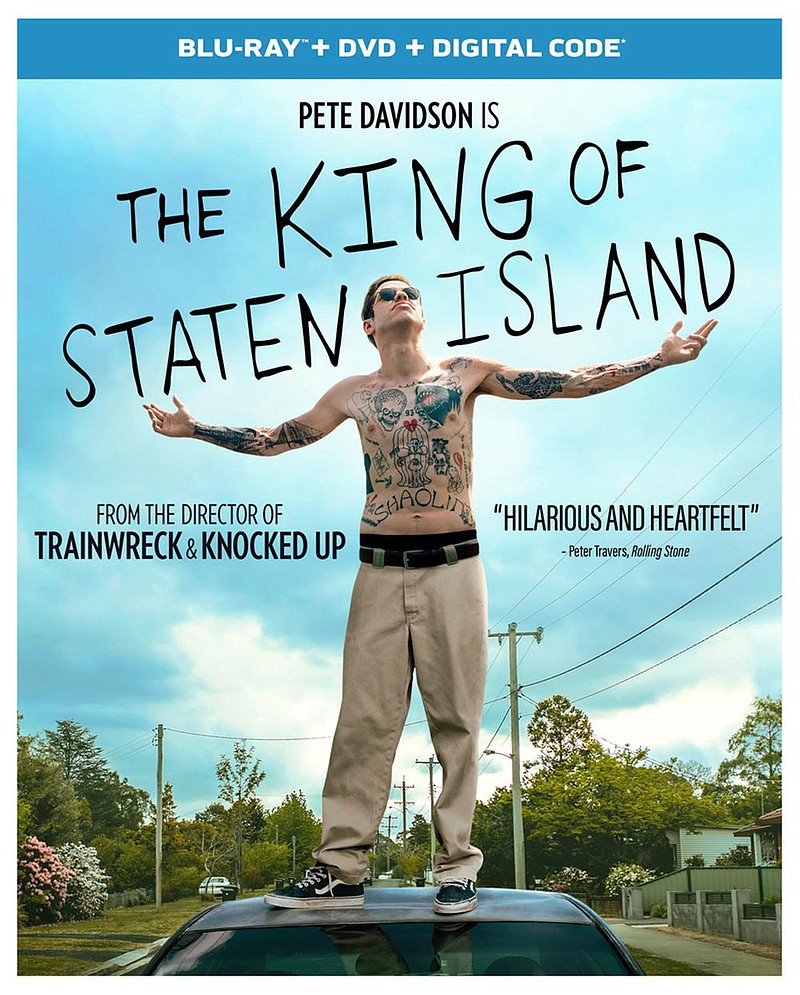 The King of Staten Island

"The King of Staten Island,"

co-written and directed by Judd Apatow

Judd Apatow offers viewers yet another interpretation of one of his favorite themes: a comedy concerning the nature of grief. It succeeds about as well as his previous efforts -- "Knocked Up," "The 40-Year-Old Virgin," "This Is 40" -- which is to say, almost but not quite.

Scott is agreeable but lacks motivation or any sense of where life is taking him. He hangs out with like-minded stoner friends and Kelsey (Bel Powley), a girl he has known since fourth grade, and wanders around the contours of his life like a dimly amused spectator, expecting his mom to cover for him at every turn.

Which she does, until Scott tries to tattoo a 9-year-old boy. The kid's father, also a firefighter, takes umbrage but finds an opportunity for romance with Margie. When she tosses both Scott and the firefighter out for brawling in her house, Scott is forced to make decisions concerning his future on his own.

"The Burnt Orange Heresy" (R, 1 hour, 39 minutes) Stylish if totally illogical -- especially the absurd ending -- this mystery, set in Italy, concerns a relationship between a seductive art critic and a beautiful American. While touring a luxe Lake Como estate owned by a renowned art collector, they're asked to assist in aiding the collector in obtaining a masterpiece from a reclusive mega-artist through whatever means necessary. With Elizabeth Debicki, Donald Sutherland, Claes Bang, Rosalind Halstead, Mick Jagger; directed by Giuseppe Capotondi.

"The Tobacconist" (not rated, 1 hour, 57 minutes) A too-simple story that doesn't take advantage of the rich possibilities of its premise, this shallow drama concerns the friendship between a 17-year-old tobacco-shop apprentice and the shop's regular customer and renowned psychoanalyst Sigmund Freud during the Nazi occupation of Vienna. With Simon Morzé, Bruno Ganz, Johannes Krisch, Emma Drogunova; co-written and directed by Nikolaus Leytner.

"One Night in Bangkok" (R, 1 hour, 45 minutes) In what sounds like an uncredited remake (or rip-off) of Michael Mann's 2004 film "Collateral" with martial arts cult actor Mark Dacascos in the Tom Cruise role, a hitman arrives in Bangkok and offers a female cab driver big money to chauffeur him around all night. By the time she realizes that he's killing people at every stop, it's too late to back out and the police are on their trail. With Vanida Golten, Prinya Intachai; directed by Wych Kaosayananda.

"Uncle Peckerhead" (TV-MA, 1 hour, 37 minutes) A hilarious, weird, and extremely violent horror-comedy in which a punk band enthusiastically heads out on its first tour, minus a vehicle, and encounters unforeseen difficulties when the band members hitch a ride in a van driven by -- what a coincidence! -- a roadie who also happens to be a man-eating demon. With Chet Siegel, Jeff Riddle, David Littleton, Ruby McCollister; written and directed by Matthew John Lawrence.

"The Trip to Greece" (not rated, 1 hour, 43 minutes) Rob Brydon and Steve Coogan keep the chemistry in high gear as they hit the road again in this ongoing series, this time traveling from Troy to Ithaca, following in the footsteps of Odysseus, arguing about every conceivable subject along the way and consuming way more beautiful food than anybody should. With Kareem Alkabbani, Marta Barrio, Rebecca Johnson; directed by Michael Winterbottom.

"Yes, God, Yes" (R, 1 hour, 18 minutes) "Obvious Child" writer Karen Maine's directorial debut is a witty and tender indie that stars Natalia Dyer (Nancy Wheeler on "Stranger Things") as 16-year-old Alice, who is coming of age in Iowa in the late '90s and susceptible to the lures of AOL chatrooms. Her online activity leads to her acquiring an unwarranted reputation just before she leaves to attend a four-day church camp. A rare teen-centered sex comedy with nuance and humanity. With Francesca Reale, Alisha Boe, Allison Shrum, Paige Hullett.