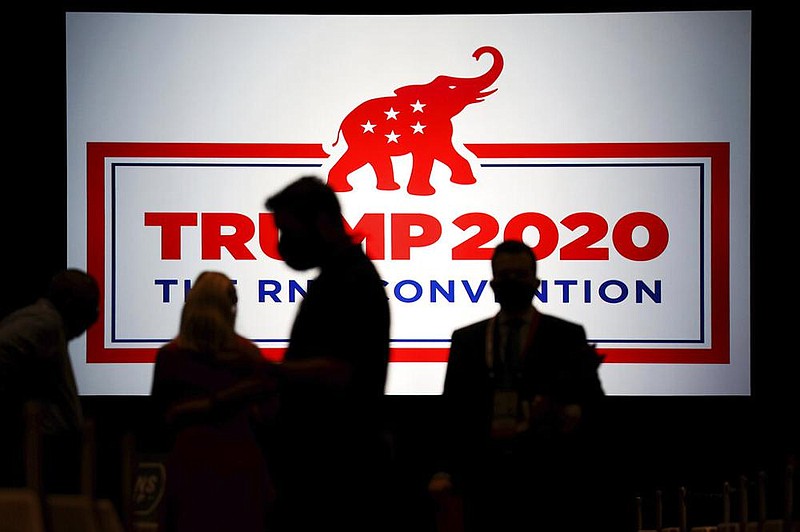 The room is set and delegates begin to arrive for the first day of the Republican National Convention, Monday, Aug. 24, 2020, in Charlotte, N.C. (Travis Dove/The New York Times via AP, Pool)

CHARLOTTE, N.C. — Four people who were at the Republican National Convention in Charlotte have tested positive for the coronavirus, health officials in North Carolina’s Mecklenburg County said.

WBTV reported Friday that those who tested positive at the event were immediately isolated.

Nearly 800 people were tested who attended the event or who helped support it, the county said in a news release. Two attendees and two people supporting the convention tested positive.

County leaders said in a statement that those individuals “were immediately issued isolation instructions and any known close contacts were notified and issued quarantine instructions by Mecklenburg County Public Health.”

The RNC said the attendees did not attend any events before they got their results.

Michael Ahrens, the RNC’s communications director, said in a statement that all four of the people who tested positive “were sent home.”

“We had diligent safety protocols in place, including testing all attendees before arriving in Charlotte, and again upon arrival,” Ahrens said. “Out of roughly 1,000 tests administered, two RNC attendees, despite having negative tests prior to travel, and two Charlotte locals who planned to serve as event support staff tested positive upon arrival.”

The Charlotte Observer reports that the disclosures of the positive tests come after county health officials raised concerned about a lack of social distancing and mask wearing at a Monday business meeting of the RNC in Charlotte. Strict coronavirus protocols were supposed to be followed.

The public may need to wait weeks for an “after-action” report detailing the true scope of convention-related infections. But Mecklenburg Public Health Director Gibbie Harris has said the convention posed no infection risk to the greater Charlotte area.