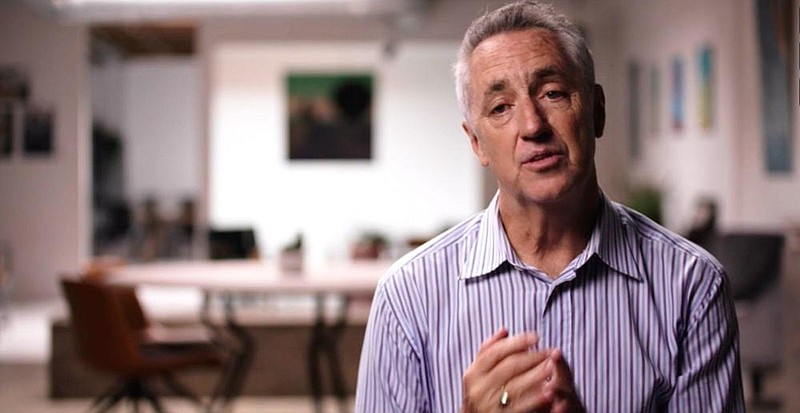 It's hard to think of anything more frightening than the thought of a president who's neither mentally nor physically up to the job.

While we can take some comfort that Dwight Eisenhower became incapacitated twice during his two terms (a heart attack and a stroke) and recovered, it's alarming in retrospect that Woodrow Wilson's health had deteriorated so badly in office that he wasn't aware he was sick, much less what was actually going on around him.

With the advent of nuclear weapons and the current dangers of covid-19 and other potential tragedies, a madman in the White House should have everyone worried.

The new documentary "#Unfit: The Psychology of Donald Trump" argues that President Trump is not mentally fit for the most demanding job on the planet.

To his credit, director Dan Partland doesn't argue that merely having a type of mental illness is a disqualification. In the film, psychologist John Gartner points out that Abraham Lincoln's experiences with depression may have helped prepare him for the challenges of dealing with the stress of the Civil War. I live with Obsessive-Compulsive Disorder and depression myself, so I'd like to think that others with similar conditions who might be capable of serving wouldn't be stigmatized.

In his book "In Search of Bill Clinton: A Psychological Biography," Gartner argued that the former Arkansas governor and president has lived with hypomania (characterized by heightened mood and lowered inhibitions), which has helped and hindered his leadership. While Gartner has served as an assistant professor at Johns Hopkins, after watching "#Unfit" it's tempting to question how much of his expertise is based on studying Donald Trump himself.

It's a given that doctors should be wary of diagnosing patients they have never met. I remembered rolling my eyes four years ago when former "Loveline" host Dr. Drew Pinsky suggested Hillary Clinton's Arkansas upbringing might be detrimental to her serving in the Oval Office. (Clinton famously grew up in Illinois.)

Had "#Unfit" focused on Gartner and his diagnosis of Trump as a malignant narcissist, the film might have been persuasive. Dr. Allen Frances, who literally wrote the diagnostic manual on the subject, says the president doesn't have the condition, which features traits such as a lack of empathy and incessant lying. It's worth noting that neither man cares much for the current president.

The American Psychological Society has the Goldwater Rule, which was implemented after the now-defunct Fact Magazine published an amusingly dubious survey of thousands of psychologists who dubbed the presidential candidate insane. As Gartner notes in the film, Goldwater successfully sued the magazine, and the article was based on now-antiquated Freudian tropes (daddy issues) instead of either rigorous biography or medical fact.

Gartner's convincing argument that psychology has matured since Goldwater's 1964 campaign is undermined in "#Unfit" by Partland's scattershot narrative and seemingly random choice of "experts."

It's amusing to hear Rick Reilly describe Trump's stubborn refusal to play golf fairly, but it only tangentially indicates how the man governs. Most of the footage documenting Trump's missteps in office have been on TV and the internet for years. If you are inclined to think the president deserves four more years, this movie won't persuade you otherwise.

Partland also includes a series of cartoons that seem to be added solely to help pad out the 83-minute running time. Trevor Noah or John Oliver could handle this material and cover more ground in 15 to 20 minutes. A president's health-- physical and mental -- requires far more thought than this film delivers.

‘#Unfit: The Psychology of Donald Trump’