Faith in the system 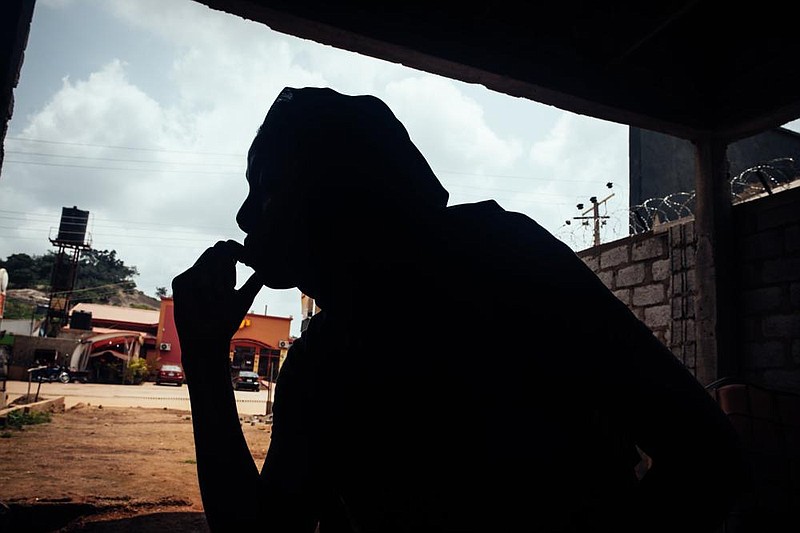 Amina Ahmed, the wife of outspoken atheist Mubarak Bala, gazes through a window in Abuja, Nigeria, on Aug. 9. Bala, head of the Humanist Association of Nigeria, was seized by the police in April and has disappeared in custody. (The New York Times/KC Nwakalor)

DAKAR, Senegal -- Amina Ahmed knew her atheist husband was taking enormous risks with some of his Facebook posts criticizing Christianity and Islam in Nigeria, a deeply religious country.

She wanted him to be free to believe whatever he wanted. But she worried that if he kept up his commentary, the staunchly Muslim community he was born into would eventually retaliate.

"You should just calm down," she remembers telling him. "They don't care. They can just kill you, and nothing happens."

But her husband, Mubarak Bala, president of the Humanist Association of Nigeria, was not one to filter his words. On April 25, he logged on to Facebook again and typed a post calling the Prophet Muhammad a terrorist.

Three days later, he was arrested by state police after being accused of violating anti-blasphemy laws, which can carry a death sentence. He has not been seen since.

"We are concerned that he may be prosecuted under anti-blasphemy laws that provide for capital punishment in Nigeria," wrote a group of United Nations experts who have called for his release.

Bala, 36, was arrested after lawyers in private practice in his conservative birthplace, the Muslim-majority city of Kano, complained about his post to police. Other nonbelievers are worried that these same lawyers are drawing up a list of other Nigerian atheists to be prosecuted and that more arrests could be coming.

Nobel Prize-winning writer Wole Soyinka wrote that Bala's arrest was part of a "plague of religious extremism" that has in recent decades encroached on the harmonious Nigeria he grew up in.

While it was Bala's post on Facebook that led to his arrest, the social media site was also the platform where he and Ahmed met. She messaged him there after reading that his deeply religious family had locked him up in a psychiatric hospital when he first came out to them as an atheist. She, too, was from a staunchly Muslim family, and she was curious.

"I didn't want to judge him," she said in an interview. "I was just like -- I want to hear his own side of the story."

Growing up in Kano, Nigeria's second-biggest city and an ancient center of Islamic learning in the country, Bala was from a highly respected family, descended from generations of Islamic scholars.

But as he got older, Bala came into contact with people outside Kano, and little by little he lost his faith. And as terror attacks increased in Nigeria, he became more vocal in his criticism.

"What finally made me come out as atheist was a video of a beheading of a female Christian back in 2013 by boys around my age, speaking my language," he wrote in an article about his personal journey that was published in 2016. "It hit me that the time for silence is over. Either someone speaks out or we all sink."

But even just speaking out to his close friends and family was dangerous. His father and elder brother thought he was sick and got a doctor who believed that all atheists were mentally disturbed to admit him to a hospital. He was beaten, sedated and threatened with death if he tried to leave, he said.

Bala has yet to be officially charged with any crime, according to Leo Igwe, founder of the Humanist Association of Nigeria. And in violation of a June court ruling, he has not been allowed to see his lawyer. There have been repeated delays in the legal proceedings, partly caused by covid-19 restrictions. Calls to the police in Kano seeking comment went unanswered.

Bala is believed to be the first atheist arrested in Nigeria for blasphemy, but Muslims often fall afoul of the blasphemy laws in the Islamic legal system adopted 20 years ago by the country's northern states.

This month, Yahaya Sharif Aminu, 22 and a singer in Kano, was found guilty of blasphemy and sentenced to death for circulating a song he had composed, which critics said elevated a Senegalese imam above the Prophet Muhammad. He was arrested in March after protesters burned down his family home.

There is also a blasphemy law under Nigeria's nationwide customary legal system, which operates in parallel to Islamic and common law. Blasphemy under Islamic law can be punished by death -- though such sentences are rarely carried out -- while blasphemy under customary law carries a maximum sentence of two years.

It is still unclear under which of these laws Bala might be charged. But if charged under either legal system, his could be a watershed case because atheists previously had not been prosecuted on blasphemy charges.

Over a third of the 71 countries that have legislation against blasphemy, in violation of international human rights laws, are in Africa. Nigeria's own blasphemy laws would seem to clash with its constitution, which entitles every Nigerian to freedom of thought, conscience and religion, and the right to freedom of expression.

Nigeria's population is roughly split between Muslims and Christians.

Growing internet access and the worlds it can open up to people pose a threat to the power that many imams, clerics and bishops have traditionally enjoyed in Nigeria, according to Igwe.

Bala was living and working as an engineer in the city of Kaduna when he was arrested. But police told Igwe that he had been taken 150 miles away to Kano.

Some say Bala's arrest may have little to do with his atheism per se. Rather, he is being punished in ways a former Muslim from another part of Nigeria would not be because he very publicly turned against his prominent Kano family and his Hausa-Fulani Muslim community, the dominant ethnic groups in northern Nigeria.

"It's perceived as an assault on Hausa-Fulani Muslim society and virtue, by one of them," said Olufemi Vaughan, a professor focused on African, and particularly Nigerian, politics and society at Amherst College. "It's not just simply a critique coming from an atheist."

Vaughan said Bala's arrest should be seen in that context, not as an indication that attacks on atheists are about to escalate.

"There's a personal dimension to this which is so tragic," Vaughan said. "He's got a family, a wife, and he's got a baby. Just set him free."

Ahmed gave birth to the couple's first child six weeks before her husband was arrested. She has cried so much since then, she said, that she has strained her left eye. She is worried about her own safety.

Her efforts to find out where her husband was -- petitioning Nigeria's Senate and traveling to the national police headquarters in the capital, Abuja -- have yielded no information. Her expectations have shrunk over the past four months. 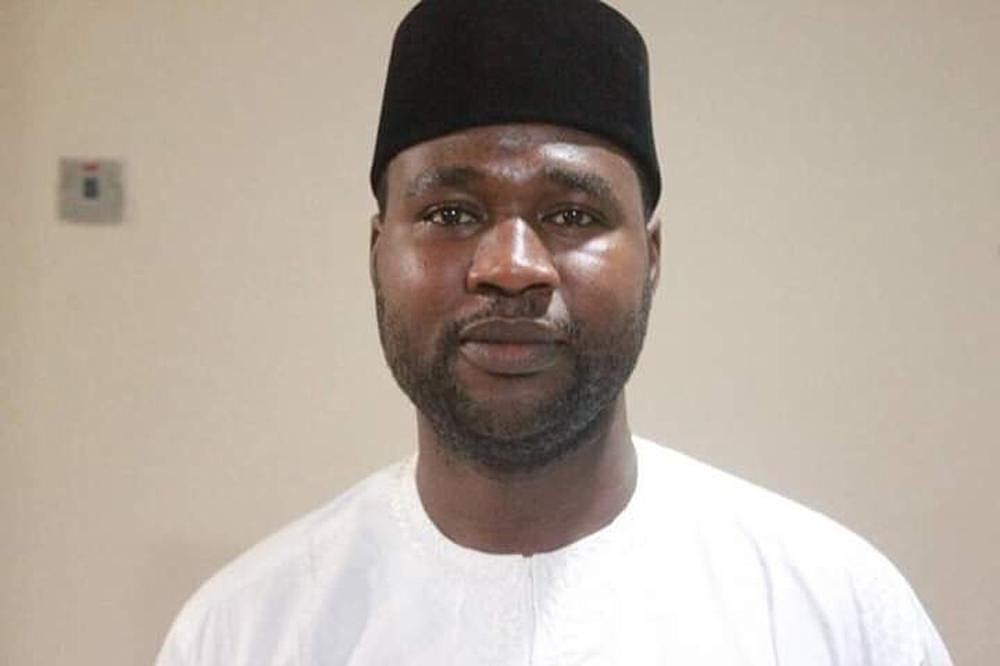 An undated image provided by Amina Ahmed shows Mubarak Bala, head of the Humanist Association of Nigeria. Bala, an outspoken atheist, was seized by the police in April and has disappeared in custody. (Amina Ahmed via The New York Times) 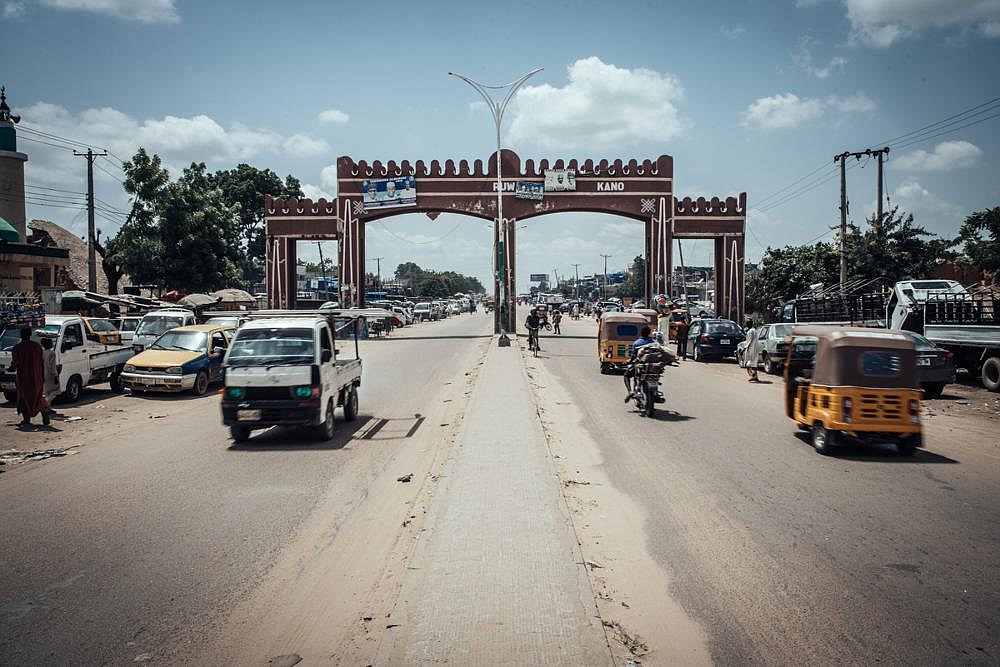 Mubarak Bala, an atheist and president of the Humanist Association of Nigeria, was seized by the police in April and has disappeared in custody after being taken from Kaduna, Nigeria, to the more conservative city of Kano, where he grew up. (The New York Times/KC Nwakalor)
ADVERTISEMENT