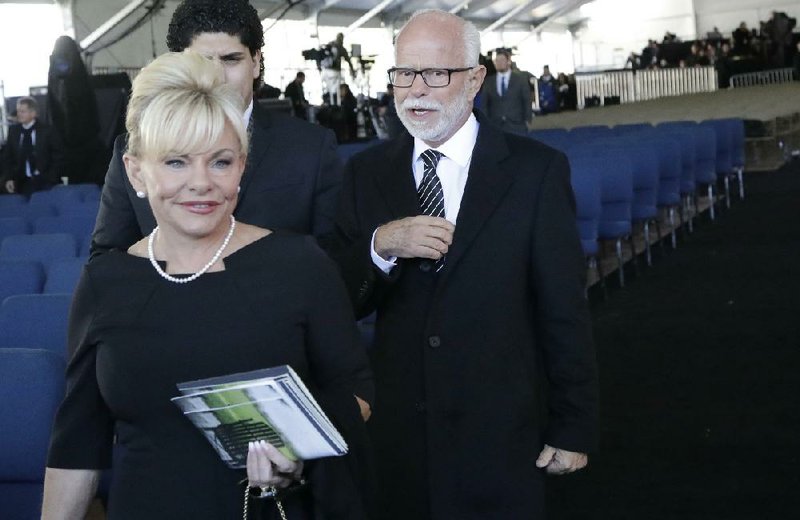 A lawsuit by Missouri televangelist Jim Bakker seeking to block Arkansas Attorney General Leslie Rutledge's investigation into his state sales of colloidal silver as a catch-all cure was dismissed by a federal judge Thursday.

The judge, Douglas Harpool of the U.S. District Court for the Western District of Missouri, sided with Rutledge and three other public attorneys in California who had been investigating Bakker for potential consumer-protection violations. The judge ruled that he did not have jurisdiction to stop the officials from gaining records related to Bakker's sales of silver products.

"Rutledge's investigation did not purposefully avail her to the benefits and protections of the forum state to such a degree that her office should reasonably anticipate being haled into court here based on their actions," Harpool wrote.

Rutledge's office, meanwhile, has accused Bakker of using deceptive tactics to sell colloidal silver products to Arkansans as a cure for covid-19 and other diseases.

"Bakker has historically cloaked his illegal action in the name of religion, yet he continues to deceive Arkansans for his own glory and wealth by peddling unsafe and ineffective potions as a cure for COVID-19," Rutledge said in a statement Friday.

Jay Nixon, a former governor of Missouri who is now serving as an attorney for Bakker, did not respond to requests for comment Friday.

According to a separate lawsuit that the attorney general's office filed in June against Bakker and his for-profit company, Morningside Church Productions, at least 385 Arkansans spent $60,525 on colloidal silver products promoted by Bakker between January and March. Rutledge's lawsuit against Bakker was filed in Pulaski County Circuit Court.

The colloidal silver product, marketed as "Silver Solution," is made available to consumers who contribute to Bakker's Morningside Church, and thus are considered congregants or "partners," his pastors wrote in a complaint filed with the federal court in June.

"An integral part of this expressive ministry and practice, as well as the doctrinal teachings of their religion, includes educating their partners concerning, and offering their partners, products, including Silver Solution, that Plaintiffs believe have been made available to this generation by God," the complaint stated.

Bakker and another defendant named in Rutledge's lawsuit, Sherrill Sellman of Oklahoma, appeared together on the "Jim Bakker Show"in February, during which Sellman said, "You never want to be without silver ... All I can say is that it has been proven by the government that it has the ability to kill every pathogen it has ever been tested on, including SARS and HIV," according to a transcript of the conversation included in Rutledge's lawsuit. The SARS virus, like the virus that causes covid-19, is a type of coronavirus.

While Bakker referred to Sellman as a "doctor" on his program, Rutledge's office alleged that she has no serious medical credentials and that she graduated from an unaccredited "natural health" school.

According to the U.S. Food and Drug Administration, colloidal silver products are frequently marketed as over-the-counter cures without adequate data to support their "safety and effectiveness."

Bakker's Morningside Church and its associated company are both based in Blue Eye, Mo., just north of the Arkansas border.

Bakker moved to Missouri after being released from federal prison in 1994 after serving time for wire and mail fraud.

His former televangelism program, the "PTL Club," was based near Charlotte, N.C., and "crumbled amid sex and financial scandals," according to the Charlotte Observer.