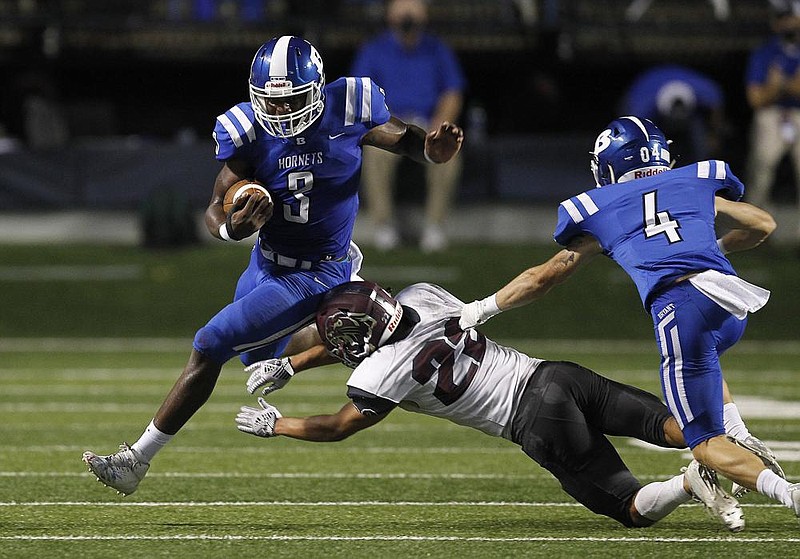 It was Bryant's Salt Bowl to savor once again.

Bryant scored 42 first-half points and rolled to a 48-7 victory over Benton on Saturday night at War Memorial Stadium in Little Rock.

The top-ranked Hornets remained undefeated in the Salt Bowl since 2006, posting a 14-0-1 record with the tie coming in 2014.

On Saturday, the Hornets outgained the Panthers 511-260.

Bryant Coach Buck James has won all five meetings he's had against Benton in the Saline County rivalry game and said he was proud of how his team performed.

"This was an emotional game," James said. "For us to be as sharp as we were and play as well as we played and dominated at the level we dominated, as a coach I can't ask for anything more."

Senior quarterback Austin Ledbetter threw four touchdown passes, with three coming in the first half, for the Hornets. He completed 8 of 14 passes for 232 yards.

Tanner Anderson, a senior, rushed for 73 yards and 2 touchdowns on 7 carries. Classmate Jamarien Bracey, who transferred to Bryant from Rison in the offseason, had a 63-yard touchdown run in the first quarter.

Benton opened the game by driving 75 yards to the Bryant 1. But Bryant senior linebacker Koby Melton stopped Benton junior running back Casey Johnson for a 1-yard loss on fourth and goal.

On Benton's next possession, senior quarterback Garrett Brown was sacked for a three-yard loss on fourth down by junior defensive lineman Brandon Jones.

"We felt like that first drive, we had a really good thing going," Harris said. "They just stood up on the goal-line on us. We had a couple of miscues on third-and-goal. We busted a play. That hurt us. On fourth down, they stuffed us.

"We knew coming into the game that we were going to have to score touchdowns and not field goals. What better opportunity than to score seven right there early on them? We had to get some momentum early."

From there, Bryant's offense took over for good.

Ledbetter found Young for a 18-yard touchdown, but senior Brock Funk's extra point was blocked to leave the score at 6-0 with 2:48 left in the first quarter.

With 37 seconds left in the first quarter, Bryant made it 13-0 on Bracey's 63-yard touchdown run.

Bryant extended its lead to 20-0 with 11:53 remaining in the half on Anderson's 23-yard touchdown run.

Anderson had his second scoring run of the quarter with 4:28 left before halftime, this one from 15 yards out, to make it 27-0.

The Hornets added to their advantage with 2:32 left in the second quarter with Ledbetter's 74-yard touchdown pass to Young and Ledbetter's two-point conversion pass to senior wide receiver Hayden Schrader that stretched the lead to 35-0.

Early in the second half, Ledbetter found Young again for a 62-yard touchdown pass and a 48-0 lead with 11:19 left in the quarter.

Brown led Benton, completing 17 of 34 passes for 189 yards and a touchdown. 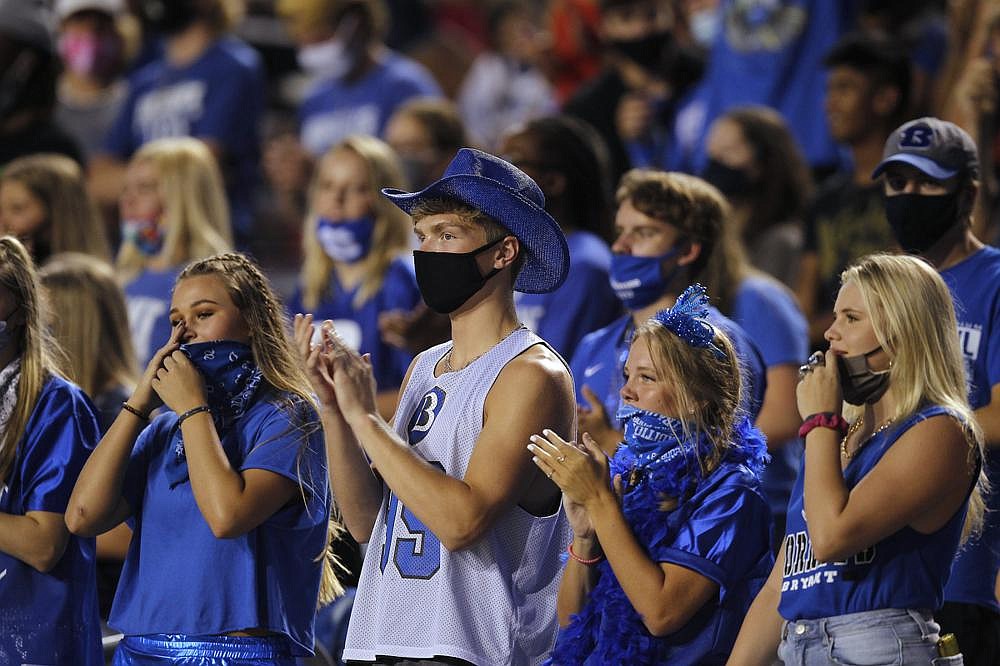 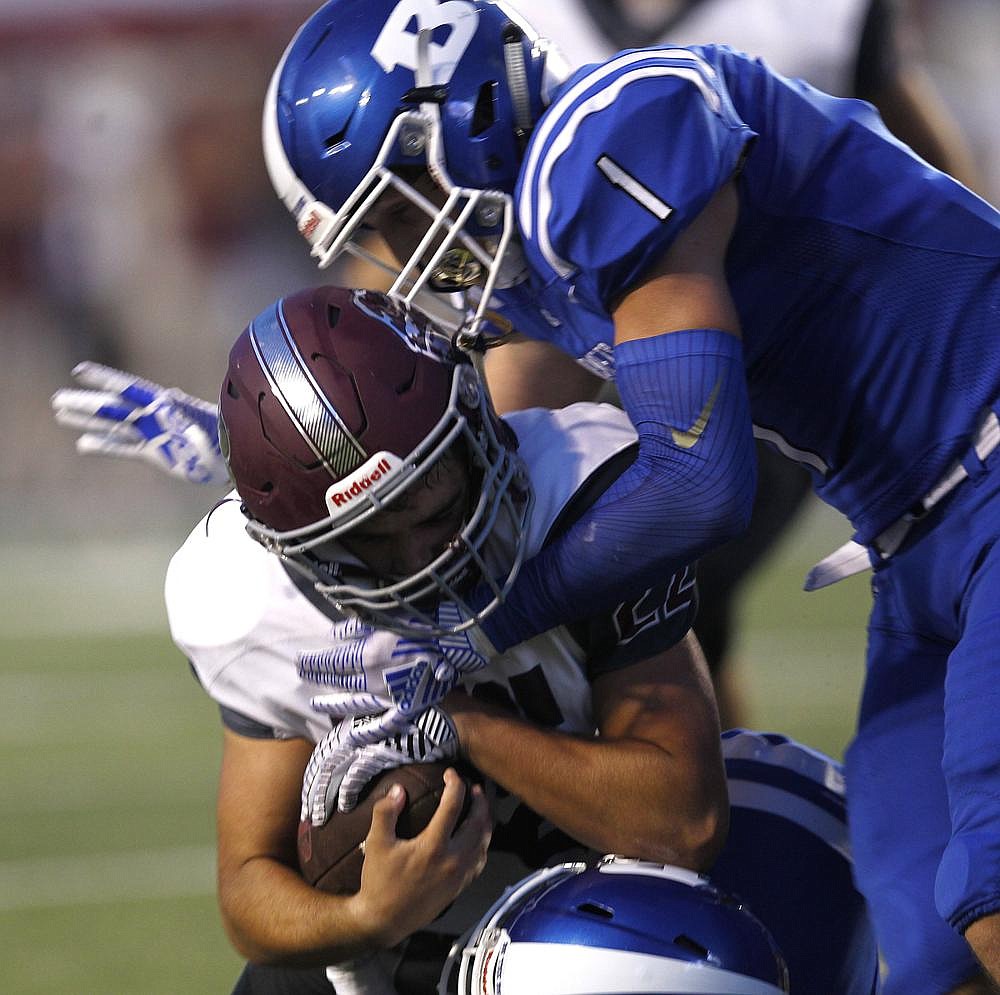