Pippins on to new challenge 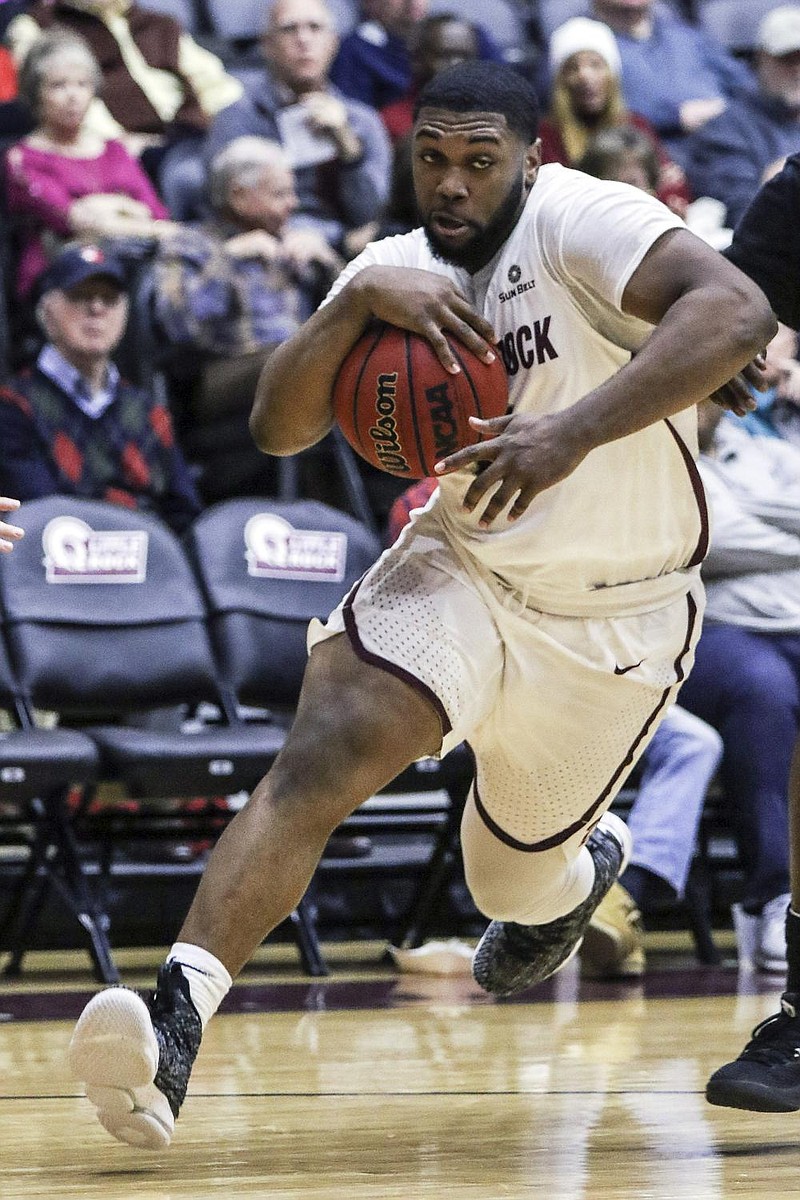 Ryan Pippins' days as a college basketball player may be winding down, but he's not ready to close the book on his career just yet.

The former University of Arkansas at Little Rock guard has one last chapter to write – one that he's been forced to revise.

Pippins spent three productive years with the Trojans, but injuries subsequently sidelined him before he could play a fourth. He's since recovered and is on track to play out that final season, but he won't do so at his hometown university.

"Sometimes things happen that we don't expect to happen," said Pippins, who will end his collegiate playing career at NCAA Division II Pittsburg (Kan.) State after committing to the Gorillas in July. "Me leaving UALR, that was not in the plans at all. But God always has a reason for everything, and that's how I look at it."

According to the Little Rock native, that perspective was what got him through some trying times during his final two years with the Trojans program.

Pippins, 22, was an all-state player for Al Flanigan at Little Rock Parkview when he signed with UALR under then-head coach Chris Beard in November of 2015. After Beard left the team four months later to eventually take over at Texas Tech, Pippins stayed on with the Trojans when they elevated Flanigan's son, Wes, from his assistant's spot to the head coaching position.

For Pippins, the familiarity with Flanigan helped him ease into his role as a true freshman. The 6-0, 235-pound sharpshooter saw action in 12 games, but it wasn't until his sophomore year when he established himself as a bonafide difference maker with the team.

He started in 13 of the 19 games he played in during that 2017-18 season, averaging 7.6 points and shooting 42.6% from beyond the three-point line, which tied for team-high honors. Pippins also scored at least 10 points five times, including a season-high 19 in a late-season victory over Louisiana.

However, Wes Flanigan was let go after the season ended, meaning that Pippins would be playing in a different system under a new coach for the second consecutive season.

Darrell Walker, a former Arkansas Razorbacks and NBA standout, was hired to replace Flanigan, and Pippins had intentions of picking up where he left off. But his body had other ideas.

Injuries hit the Parkview alum at different stages during the season. Pippins suffered a concussion and had persistent hamstring and ankle issues that kept him in and out of the lineup.

"To not be able to do the things you're used to doing on the basketball court because of injuries is tough for anybody," Pippins said. "It was no different for me because I love to compete. But it was a tough situation."

Pippins still managed to play in 21 of the team's 31 games and averaged nearly 6 points and 3 rebounds. One of his more memorable moments occurred during a 102-94 overtime loss at Georgetown when he banked in a 30-foot three-pointer at the buzzer to tie the game at 84-84.

Pippins decided to redshirt last season to allow his body to fully recover from surgeries he had during the previous offseason. He admitted he knew the decision would be hard to deal with, particularly because of his desire to be on the floor. But he also noted that it was in the best interest for him to do so if he intended on regaining the form that made him one of the team's more consistent players.

"I really didn't want to rush things, start the year and then not be able to finish it," Pippins said. "I just wanted to get completely healthy, which is why I took the redshirt. To tell you the truth, it was pretty tough because I wanted to be out there battling with my teammates so bad."

"Having to sit and watch a college basketball game, not being able to get in, not being dressed out was heartache for me. To be away from the court, especially for that exhibition game against Arkansas, it was hard."

"Leaving the program, I didn't decide that," he explained. "That wasn't what I wanted. My plan was to come back, be able to get my last year in and enjoy my senior season with some amazing fans and amazing people.

Pippins pointed out that the highs far outweighed any of the lows.

"The fan support and the love they showed me, I really appreciate all of that," he said. "Throughout my redshirt year, the fans would tell me things like they wish I was healthy and that they couldn't wait to see me back out there. Those things meant a lot to me, just that love from those fans.

"I'll definitely miss that. But going into my final year, I just want to have fun now and be free, get back to being myself out there on the court. Just be loose and enjoy it to cap things off."