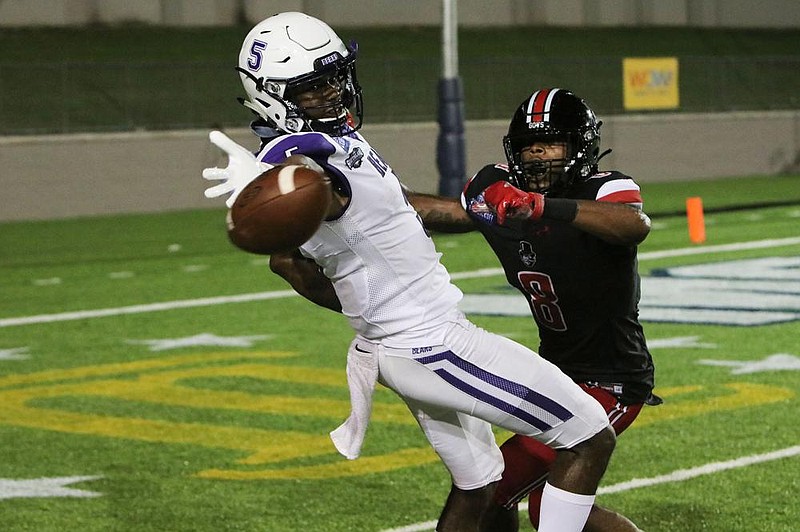 Central Arkansas’ Lajuan Winningham (5) reaches for the ball in front of Austin Peay defensive back Isaiah Norman on Saturday during the Bears’ 24-17 victory over the Governors in Montgomery, Ala. Winningham caught a 10-yard touchdown pass from Breylin Smith with 34 seconds left to give the Bears the victory. (Photo courtesy of University of Central Arkansas)

University of Central Arkansas had zero positive covid-19 tests on Monday after playing Austin Peay in the first college football game of the season, according to UCA athletic director Brad Teague.

Following the team's 24-17 victory over the Governors Saturday night, the Bears were tested at 8 a.m. Sunday in preparation for their Sept. 3 matchup with UAB. All 72 players, as well as coaches and staff, were tested and they all came back negative Monday afternoon.

The all negative results is significant in terms of the future of the college football season, though the Bears aren't out of the dark yet. UCA will be tested again Tuesday morning in accordance with UAB's conference guidelines that teams must be tested twice before playing.

UCA and UAB will play Thursday in Birmingham, Ala., at 7 p.m. on ESPN3.