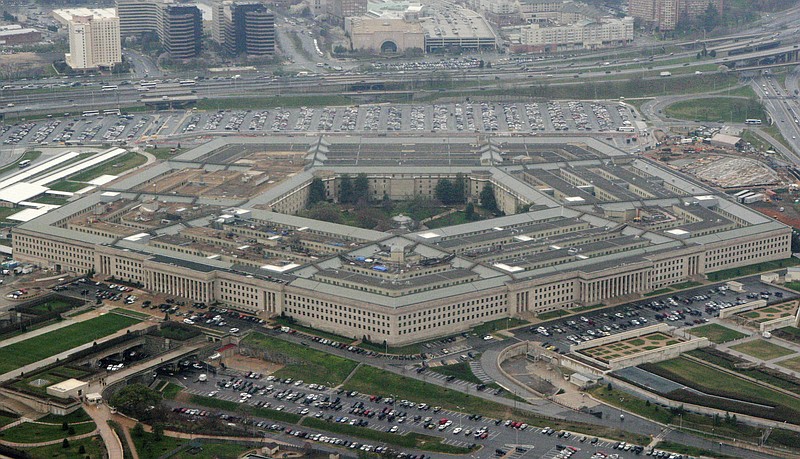 FILE - This March 27, 2008 file photo shows the Pentagon in Washington. The civilian official overseeing the Pentagon's campaign to defeat the Islamic State group in the Middle East has resigned in the latest jolt to Pentagon leadership in the waning weeks of the Trump administration.(AP Photo/Charles Dharapak, File)

WASHINGTON -- The civilian official overseeing the Pentagon's campaign to defeat the Islamic State in the Middle East was forced to resign in the latest jolt to Pentagon leadership in the waning weeks of the Trump administration.

The Pentagon said in a written statement that the acting defense secretary, Christopher Miller, on Monday accepted the resignation of Christopher Maier, who had provided policy oversight of the military's counter-Islamic State effort since March 2017.

A defense official familiar with the matter said Maier was told Monday that since President Donald Trump had long ago declared the Islamic State militant group defeated, his office was being disbanded and he was abruptly "terminated." The official spoke on condition of anonymity to discuss an internal personnel matter.

Maier, a career counterterrorism official, was director of the Defeat-ISIS Task Force, whose responsibilities are to be absorbed by counterterrorism staffs headed by appointees who Trump placed in senior Pentagon positions in a shake-up that included his firing of Defense Secretary Mark Esper on Nov. 9.

In its statement, the Pentagon gave no reason for Maier's departure but said the decision to disband the task force he led was a recognition of the "success of the military fight to destroy" the Islamic State's grip on territory in Iraq and Syria. Critics say that while the militant group has lost its physical empire, it remains a threat and has been biding its time in search of ways to regroup and reemerge.

"The Department of Defense will continue to engage with our partners and allies to ensure the lasting defeat of [the Islamic State] and encourage the repatriation of foreign terrorist fighters for prosecution," the Pentagon said.

Nearly 900 U.S. troops are still in Syria to work with local groups aiming to prevent an Islamic State resurgence. The U.S. also has about 3,000 troops in neighboring Iraq working with local security forces toward the same goal.

Maier's supporters say he was summarily forced out of an important but low-profile job that required navigating the shoals of Washington's counterterrorism bureaucracy as well as flying off to combat zones, including northeast Syria and Iraq to work with precarious partners on the ground in the fight against the Islamic State.

Maier's task force was responsible for overseeing policy and strategy development as well as international negotiations regarding the fight against the Islamic State. At least one member of President-elect Joe Biden's transition team expressed concerns privately Monday night over Maier's firing.

Maier's team served as a clearinghouse for the government's counterterrorism operations and policies. It was in the midst of answering dozens of questions from the incoming Biden team about the status of terrorist threats, relations with allies and counterterrorism missions when his team was disbanded. Now team members will be scattered across the Pentagon bureaucracy or returned to their home agencies.

Maier, 44, an Air National Guard intelligence officer who has worked in counterterrorism jobs in Republican and Democratic administrations for two decades, declined to comment. He recently completed a 90-day reservist tour in Kuwait.

Information for this article was contributed by Robert Burns of The Associated Press and by Eric Schmitt and Adam Goldman of The News York Times. 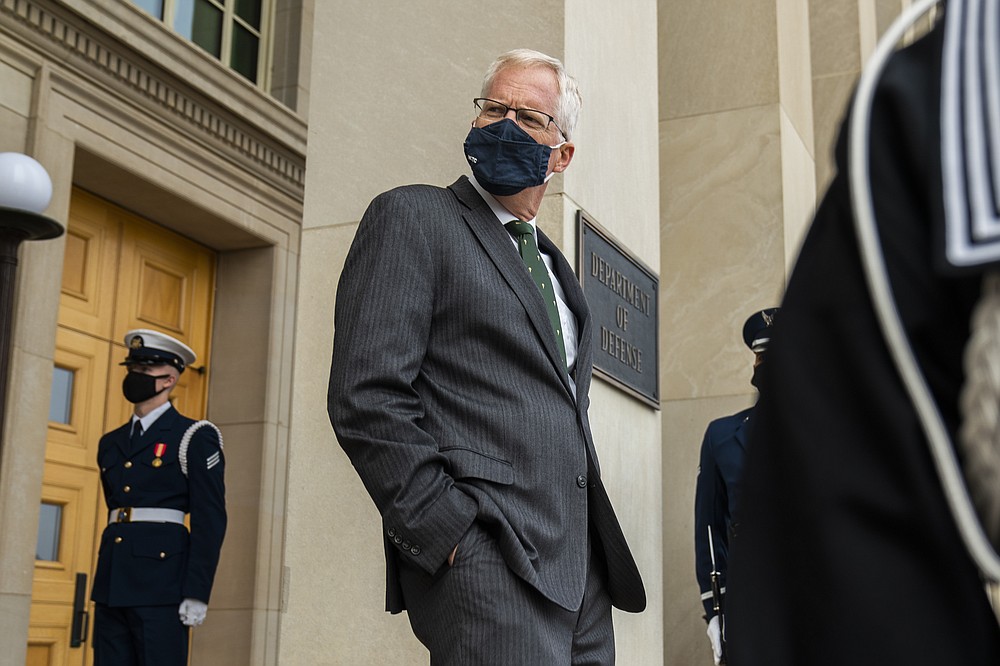 FILE - In this Nov. 13, 2020, file photo Acting Secretary of Defense Christopher Miller walks down the steps at the Pentagon during a ceremony welcoming in Washington. The Pentagon said in a statement that Miller, on Monday, Nov. 30, accepted the resignation of Christopher Maier, who had provided policy oversight of the military's counter-IS effort since March 2017. (AP Photo/Manuel Balce Ceneta, File)
ADVERTISEMENT