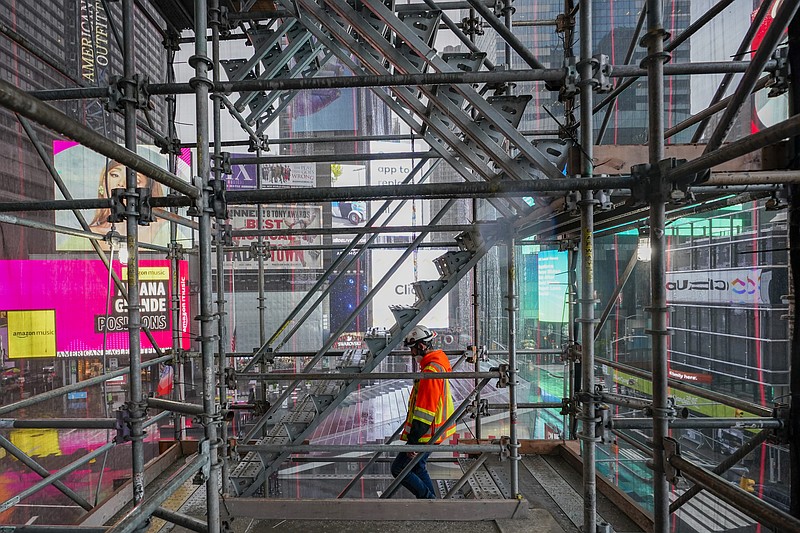 A construction worker walks down a staircase in the scaffolding of TSX Broadway under construction, Thursday, Oct. 29, 2020, in New York's, Times Square. The 46-story mixed-use property will house 75,000 square feet of retail space, a 4,000-square-foot performance venue including an outdoor stage, an outdoor food and beverage terrace and a luxury hotel. U.S. construction spending rose 0.3% in September, the fourth straight monthly gain after a coronavirus-caused spring swoon. (AP Photo/Mary Altaffer)

The October gain follows a downward revision in September to a 0.5% decline from a previous estimate of a 0.3% gain, the Commerce Department reported Tuesday. August's number was also revised significantly upward and spending in October was stronger than economists had expected.

Nonresidential private construction fell 0.7%, with the category that includes hotels and other lodging falling 3.1%.

Spending on government construction projects increased 1% after generally lagging for months, possibly because of budget restraints by state and local governments as the pandemic wiped out large amounts of tax revenue. Construction of roads, schools and public safety projects all increased.

During the first ten months of 2020, construction spending is up 4.3% over the same period last year.