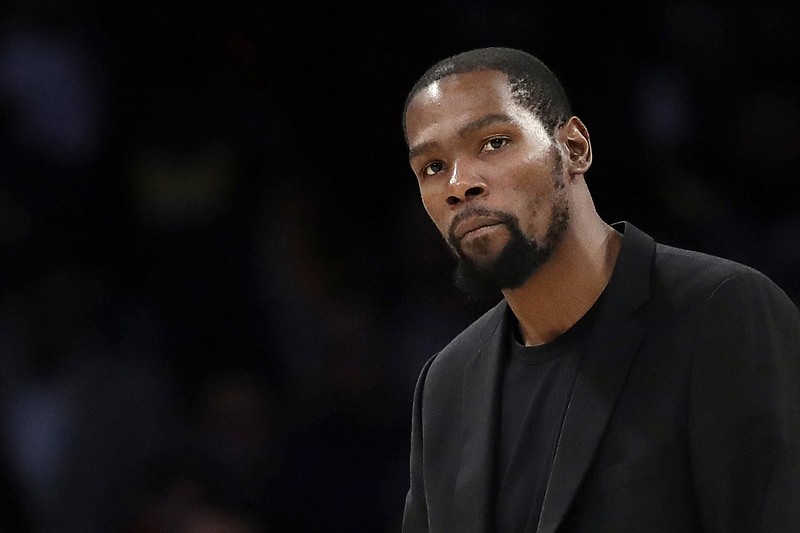 FILE- In this March 10, 2020, file photo, Brooklyn Nets' Kevin Durant watches during the second half of the team's NBA basketball game against the Los Angeles Lakers in Los Angeles. Kevin Durant is finally within weeks of suiting up for the Brooklyn Nets. Sidelined last season while recovering from surgery on his Achilles tendon, he begins training camp this week on a team that can contend for the NBA title if he can be as good as he was before his injury. (AP Photo/Marcio Jose Sanchez, file)

NEW YORK -- Kevin Durant used to worry about how he would play.

There hasn't been reason for concern for years. He became an NBA MVP and a two-time champion, a natural scorer who could get 25 points on a bad night and 45 on a good one.

But that was before having one of the most serious injuries a basketball player could face. Now, 18 months after rupturing his Achilles tendon and finally set to play for the Brooklyn Nets, Durant once again has reason to wonder if he will be one of the league's greatest players.

"Who knows?" he said Tuesday. "I've just got to see how I feel in a real NBA game again."

He hasn't played in one since Game 5 of the 2019 NBA Finals, when he went down early in the second quarter of his last appearance for Golden State. Surgery followed and then shortly after he decided to join the Nets along with friend Kyrie Irving.

With that duo plus a deep and talented roster, the Nets have a chance to be one of the NBA's top teams. But that may depend on how quickly -- or if -- Durant regains his form.

The 6-10 forward is a four-time scoring champion who has averaged 27 points, easing whatever fears he had earlier in his career.

"I definitely used to have crazy anxiety wondering how I was going to play the next day or the next series, and it used to drive me crazy," Durant said.

He got over that by relying on his work ethic, and he believes that will help him overcome the uncertainty he faces now. Nets officials have praised the way he attacked his rehab, and it seems clear that if Durant does struggle, it won't be because he wasn't prepared.

Instead, it will be because he's a 32-year-old coming off an injury from which some players much younger have never fully recovered.

"I've been through surgeries and injuries before, but the longest recovery I had was three months," Durant said. "But the first phase of the Achilles, I couldn't walk or run. You had to use a scooter.

Irving thought Durant was perhaps rushed back from his last injury, when he missed nine games during the 2019 postseason and then suffered the Achilles injury the night he returned. This time Durant has had more time than expected because of the coronavirus-interrupted NBA schedule, but the Nets still want to make sure he isn't overdoing it.

"Kevin's done everything you could have ever asked to put himself in this position," new Coach Steve Nash said. "He is truly a gift for all of us with not only his talent but his love for the game and the joy he brings in the building every day.

"Perhaps we have to protect him from himself in a way because he brings so much joy and passion to the sport. He's so eager and hungry after such a long layoff in his prime."

Durant said he's been doing every individual drill as hard as he can. Soon will come team workouts and eventually two preseason games to get himself ready for a season that opens in three weeks.

Only then will he start to get some answers.

"We're going to see how I feel going forward, but I'm exited about the first day and putting on my practice jersey again," he said. "It was a cool feeling today. We'll see how I feel tomorrow." 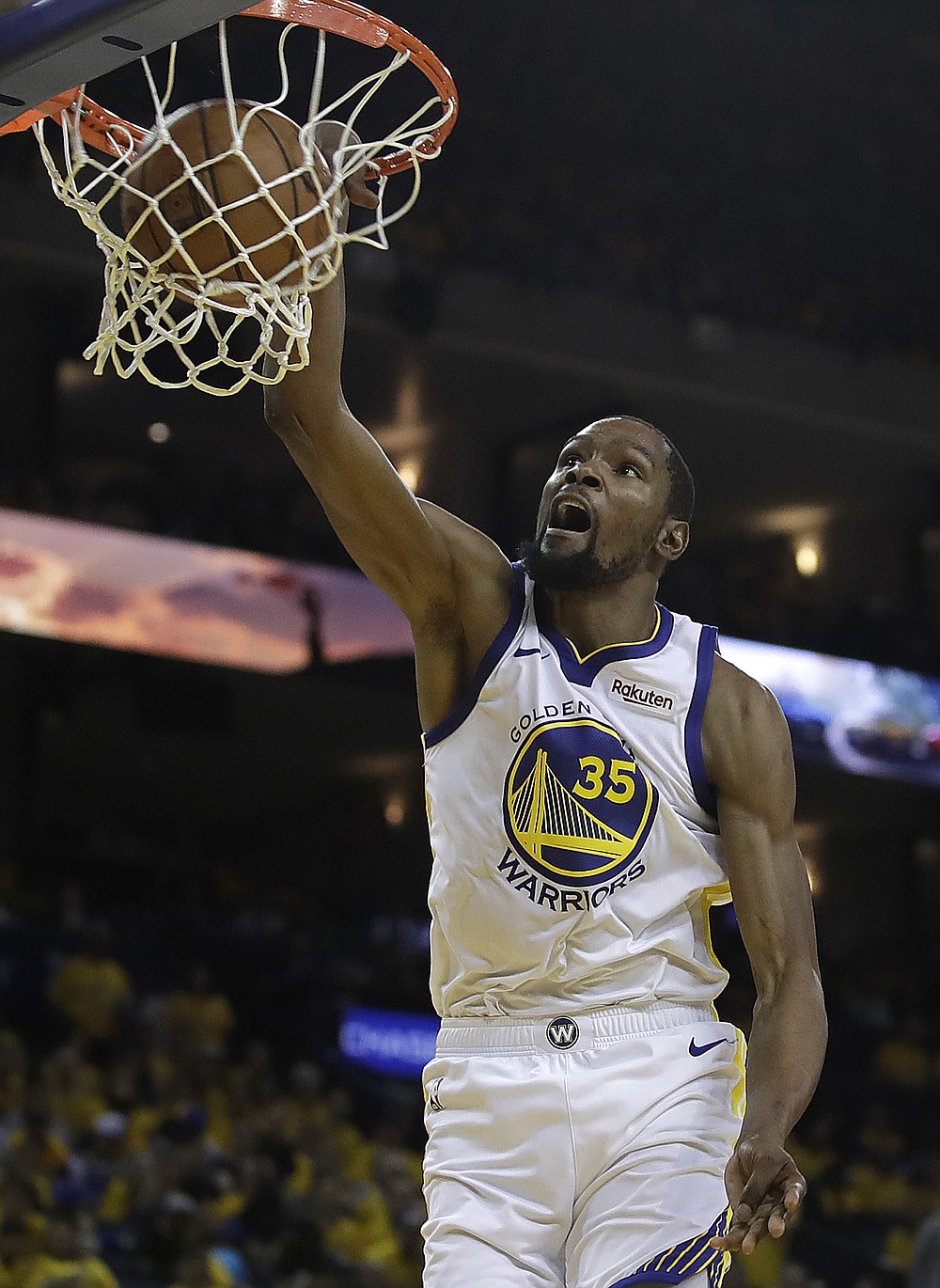 FILE - In this April 13, 2019, file photo, then-Golden State Warriors' Kevin Durant scores against the Los Angeles Clippers in the second half in Game 1 of a first-round NBA basketball playoff series in Oakland, Calif. Kevin Durant is finally within weeks of suiting up for the Brooklyn Nets. Sidelined last season while recovering from surgery on his Achilles tendon, he begins training camp this week on a team that can contend for the NBA title if he can be as good as he was before his injury. (AP Photo/Ben Margot, File)
ADVERTISEMENT