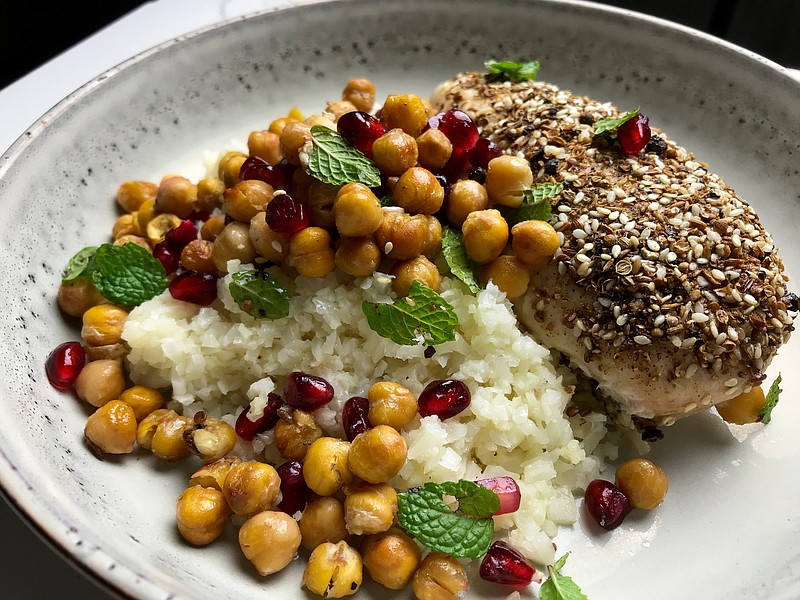 Months ago, I wrote about how I was coping with life during a pandemic.

One of the most helpful tactics has been to keep a gratitude list. (Another is watching Jacques Pepin videos on Facebook facebook.com/ChefJacquesPepin.)

As I write this, my kitchen is in a severe state of disarray. We have a leaking cast-iron drain pipe inside the wall leading from the sink to the sewer.

If this sounds familiar, it is. Two years ago we had to replace another cast-iron pipe, which had also failed.

It comes with the territory of owning a 100+ year-old house.

What makes this round more difficult is I don't have a second kitchen to cook and wash dishes in.

I suspected something was wrong a few weeks ago, but the leak was not confirmed by a licensed plumber until the day before Thanksgiving.

With any luck, by the time you read this everything will be repaired and better than before thanks to modern PVC pipes.

In the meantime, we're eating lots of sandwiches and meals that don't involve a lot of clean up.

Erway calls for adding cauliflower florets to the pan with the chicken and chickpeas. I opted for serving the chicken on a bed of microwave-in-the-bag riced cauliflower that I dressed up with butter and lemon according to the package directions.

Heat oven to 425 degrees. Line a rimmed baking sheet with foil or parchment paper (or both).

Combine the coriander seeds, peppercorns and cumin seeds in a dry heavy skillet and toast over medium-high heat, shaking the pan around continuously, for 1 to 2 minutes, until very fragrant. Immediately transfer the seeds to a spice grinder or a mortar and grind or crush them very coarsely. Transfer to a bowl and add the sesame seeds.

Arrange the chicken pieces on the prepared baking sheet and drizzle with about 1 tablespoon olive oil. Turn to coat chicken with oil. Season with a little salt. Sprinkle the spice mixture over the chicken pieces and press it into flesh to make a crust.

Scatter the chickpeas around the chicken. Drizzle chickpeas with about 1 tablespoon of olive oil and season with a little salt. Stir to coat.

Roast for 20 minutes or until chickpeas are crispy and the chicken pieces reach an internal temperature of 165 degrees. Drizzle the chicken and chickpeas with lemon juice or pomegranate molasses and then scatter the pomegranate seeds over everything and shower with mint.