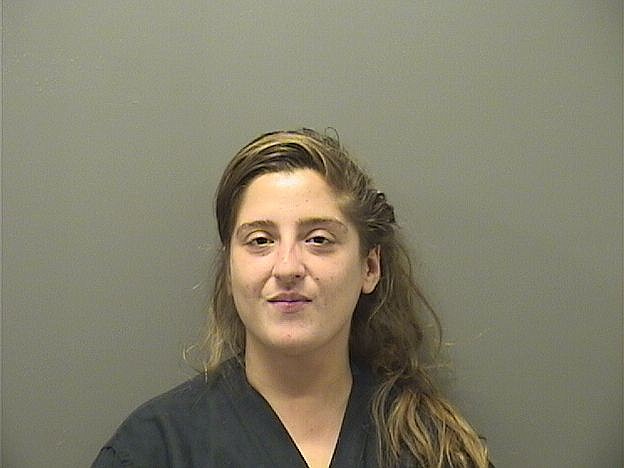 HOT SPRINGS -- A Hot Springs woman was arrested Friday on a felony warrant stemming from allegations she broke into a church last month while nude, injuring herself in the process.

Treasure Camille Ducote Meylian, 26, who lists a Rambler Circle address, was taken into custody shortly before 10:30 a.m. Friday and charged with commercial burglary.

According to the probable-cause affidavit, on Nov. 18, Garland County sheriff's deputies responded to the 100 block of Arkansas 290 regarding a disturbance between a man and an unclothed woman.

Deputy Stacy Morgan spoke with a man walking in the area of Long Beach Drive and Arkansas 290 who stated that his girlfriend had left a residence on Arkansas 290 "wearing only a jacket" and headed toward Lake Hamilton Baptist Church at 5963 Central Ave.

A witness flagged down Sgt. Bill House and told him he had seen a naked woman breaking a glass door at the church. House went there and found a back door glass shattered and the door partially open.

He and Capt. Scotty Dodd went inside and heard more glass breaking and yelling near the front of the church. Outside, they found a nude woman, bleeding from both hands.

LifeNet responded to the scene and Meylian was transported to CHI St. Vincent Hot Springs.

Investigators collected blood samples from the church, which were sent to the state Crime Laboratory for DNA testing.

The next day, investigators obtained a written statement from the witness who reportedly confirmed he had seen a woman matching the description of Meylian "throwing something" through the rear glass door of the church and then entering. While deputies were inside the church checking, he said he heard glass breaking from another window on the opposite side of the church and saw the same woman climbing out the window.

The witness said Meylian tried to get into his vehicle and he began yelling for the deputies who arrived and took her into custody. A warrant for her arrest was issued on Nov. 19.