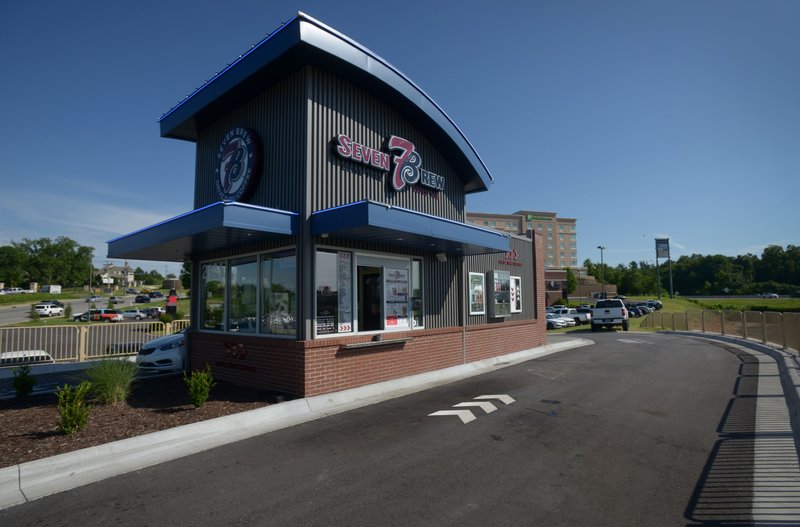 SILOAM SPRINGS — Next year, fans of 7 Brew will not have far to travel as the up-and-coming coffee chain is planning a location in Siloam Springs.

Ron Crume, president and founder of 7 Brew, said he feels like the Siloam Springs location should be ready to open by mid-March. The new coffee shop will employ approximately 20 people, Crume said.

“We love Siloam Springs,” Crume said. “We are super excited that JBU is there and we have had JBU students as employees and they have been superstars.”

Crume said he started on the Siloam Springs location eight months earlier. One of the ways 7 Brew picks where to place a location is by requests they receive from social media, Crume said. A lot of people from Siloam Springs have reached out about having a 7 Brew in the city.

There are presently 7 Brew locations in Bentonville, Rogers, Fayetteville, Spring-dale, Lowell and Tontitown, Crume said. Construction is occurring in Joplin, Mo., on the first 7 Brew outside of Arkansas, and construction is ready to start in Centerton, Conway, Siloam Springs and Springfield, Mo., Crume said.

For Crume, 7 Brew is more than just about coffee.

“We have always said if we could sum up one goal it is to change the world with one smile and act of kindness at a time,” Crume said. “We want to change status quo on how coffee is done.”

He also said it is difficult to stop, park, walk in and devote that much time to coffee. Unlike other chains, the lines at 7 Brew move fast.

“Sometimes there are as many as 15 or 20 cars and you’d move through almost always (in) less than 10 minutes,” Crume said.

The drive-through concept was difficult for some cities to initially envision, Crume said. Originally, Crume wanted 7 Brew to open its doors in Bentonville, but the city wanted too many changes in the concept, he said.

Once he got the Rogers location open, and they were able to see the concept in action, Bentonville officials had a change of heart, Crume said.

For now, 7 Brew recently had a variance permit approved by the board of adjustment during their Nov. 10 meeting. The permit will allow 7 Brew to pave 12 feet into the required 12-foot front landscape buffer.

The coffee company stated to the city they are unable to shift the building and drive south due to the limit of lot depth and the required parking and stacking distances, said Senior Planner Ben Rhoads at the meeting.

By paving into the landscape buffer, it will allow for an 18-foot duel lane drive-through approach that will merge into a single travel lane on the west side of the structure, Rhoads said in a staff report dated Nov. 4.