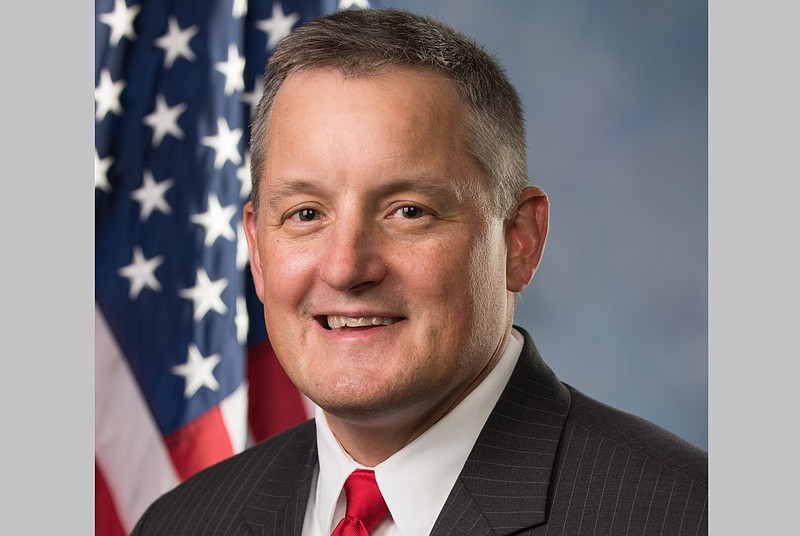 U.S. Rep. Bruce Westerman is shown in this undated photo.

The lawmaker from Hot Springs will be the leading Republican on the body, which oversees a variety of areas, including national parks, forests and other public lands; energy and mineral resources; waterways and wildlife.

Westerman made a pitch for the leadership post Wednesday afternoon, and received the backing of the House Republican Steering Committee later in the day day.

"It gives me an opportunity to take a bigger leadership role on the committee, and it's going to be a lot more responsibility but I'm ready for the challenge," the 4th District congressman said.

The leadership shuffle, which occurs after every congressional election, wasn't limited to Natural Resources.

It wasn't the outcome that one steering committee member, U.S. Rep. Steve Womack of Rogers, had sought.

"Arkansas is truly blessed to have strong representation, and I proudly supported Rep. Bruce Westerman and Rep. Rick Crawford in the roles they sought. Their expertise will continue to serve the people of the Natural State and U.S. well," the 3rd District congressman said in a written statement.

Westerman, an engineer by training, has a graduate degree in forestry from Yale University and has taken the lead for Republicans on forest management legislation.

The White House has shown interest in his Trillion Trees Act, a bill that would support global tree-planting efforts while also making it harder for environmentalists to derail federal forest management plans.

President Donald Trump mentioned the Trillion Trees initiative in this year's State of the Union address and during the first presidential debate.

In October, Trump signed an executive order creating an interagency council to focus on the effort.

In an interview, Westerman said he hopes to see "smart, market-based conservation where you can have both a strong economy and a strong environment."

"I think there's a narrative out there that to have a healthy environment, you've got to throttle the economy. I would argue just the opposite," he said. "Where you find the cleanest environments in the world is where you've got the best economies, and we're going to grow those two hand-in-hand."

In a tweet, Womack offered his congratulations, adding, "I can attest to his unparalleled knowledge and passion for forestry, federal land management, and smart and effective policymaking."

Westerman has "pretty consistently undermined a lot of those really important [environmental] laws while he's served on the committee," said Brett Hartl, government affairs director for the Center for Biological Diversity.

"We're certainly happy that he's not the chairman because that would be quite unfortunate," Hartl added. "We're not fans."

Westerman, who was first elected to Congress in 2014, has risen through the ranks ahead of others who have served longer, Boozman said.

"He's done this in a very short period of time. That's based on the fact that he's so well-liked, but also so capable and so knowledgeable about that particular area. He's going to do a great job," Boozman added.

Boozman will have a leadership position of his own come January -- either as chairman or ranking member of the Senate Agriculture Committee.

Control of the Senate will be decided by runoff elections early next month in Georgia.

"We'll have to wait to see how Georgia plays out, but I'm very excited about that role," Boozman said, noting the importance of agriculture to Arkansas' economy.