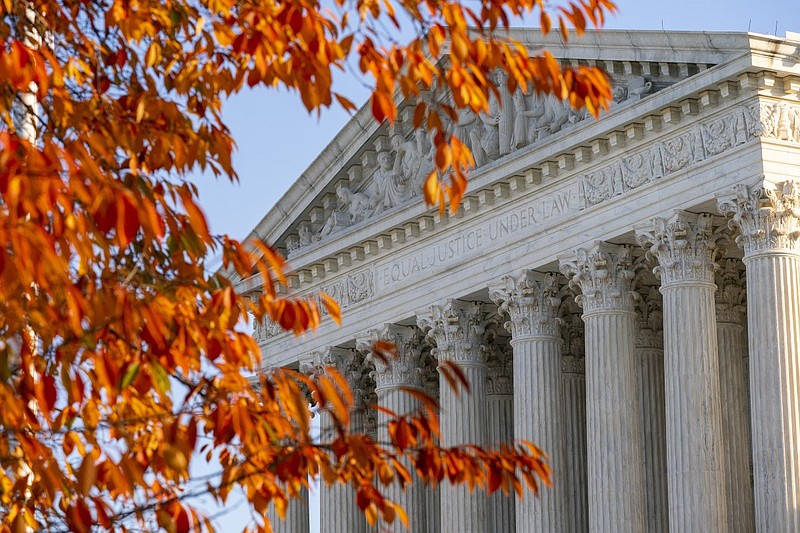 The U.S. Supreme Court will review a lower-court ruling striking down work requirements for Medicaid recipients in Arkansas and New Hampshire.

The Trump administration had granted waivers to both states, allowing them to condition government-funded health coverage, in some instances, on the recipient finding or seeking employment.

In July, Arkansas filed a writ of certiorari, asking the high court to review the ruling.

The Trump administration, at the urging of Gov. Asa Hutchinson, also asked the court to weigh in.

On Friday, the justices agreed to do so.

"I am grateful the U.S. Supreme Court will weigh the merits of this case," Hutchinson said in a statement Friday evening. "The ability of a state to conduct Medicaid demonstration projects like Arkansas Works is of national significance. It has always been our goal to provide healthcare to an expanded population of Arkansans while also providing tools for them to achieve economic stability and independence."

"I am pleased the U.S. Supreme Court will hear our case on why the requirements under Arkansas Works are necessary to build a better future for Arkansans," she said in a statement. "Arkansas Works reaffirms Arkansas's commitment to ensure the Medicaid program is sustainable."

"While we firmly believe that these Petitions did not merit review, we are confident that the Supreme Court will ultimately conclude that these agency actions were not legal," she said.

In an October legal filing, Perkins and other attorneys representing Medicaid recipients had portrayed the workforce requirements as an exercise in futility.

"During a pandemic in which 50 million Americans have filed for unemployment and nearly 12 million have lost employer-sponsored health insurance, the Secretary of Health and Human Services asks this Court to revive demonstration projects that would allow States to kick people off Medicaid for failing to seek and obtain jobs that are not there," the brief stated.

With states voluntarily suspending Medicaid restrictions because of covid-19, the attorneys suggested there was no "case or controversy" for the court to decide.

With Democratic President-elect Joe Biden preparing to take the oath of office Jan. 20, the matter could soon be moot, Perkins said Friday.

"The Biden administration can certainly change this policy, and we hope that will happen," she said.

Under federal law, the secretary of health and human services is authorized to approve "any experimental, pilot, or demonstration project which, in the judgment of the Secretary, is likely to assist in promoting the objectives" of Medicaid and other state-run programs.

Critics argued that Arkansas Works was not designed to promote the objectives of the Medicaid program, and they portrayed the work requirement as punitive.

At least 10 states have adopted Medicaid work requirements, according to the Kaiser Family Foundation. Judges have blocked the programs in Arkansas, New Hampshire, Kentucky and Michigan.

Another seven states have waiver petitions that are pending.

The work requirements vary from state to state. In Arkansas, a recipient could meet the requirement -- unless he or she was exempt -- by working or doing other approved activities, such as volunteering.

In her writ for certiorari, Rutledge said the purpose of the Arkansas waiver was "to test the hypothesis that conditioning Medicaid expansion benefits on work, education, or volunteering would lead to healthier outcomes for its beneficiaries."

Under the leadership of then-Gov. Mike Beebe, a Democrat, Arkansas expanded its Medicaid program as authorized under the 2010 Patient Protection and Affordable Care Act to cover adults with incomes of up to 138% of the poverty level.

After his election in 2014, Hutchinson, a Republican, urged the Legislature to keep the program in place, later adding work or job-training requirements.

At the time, unemployment rates were falling.

The Obama administration declined to grant the waivers. The changes were subsequently approved by the Trump administration in March 2018 pursuant to Section 1115 of the Social Security Act, which authorizes waivers from federal Medicaid law that the health and human services secretary determines are "likely to assist in promoting the objectives" of the program.

In July, Rutledge maintained that the requirements would give able-bodied Arkansans an incentive to enter the workforce, helping them establish "a stronger, more resilient connection with their communities."

Most of those receiving coverage were already employed, he said earlier this year. Most of the others were either serving as a caretaker, living with a disability or going to school, he said.

"The so-called work requirements did nothing but strip health insurance away," he said.