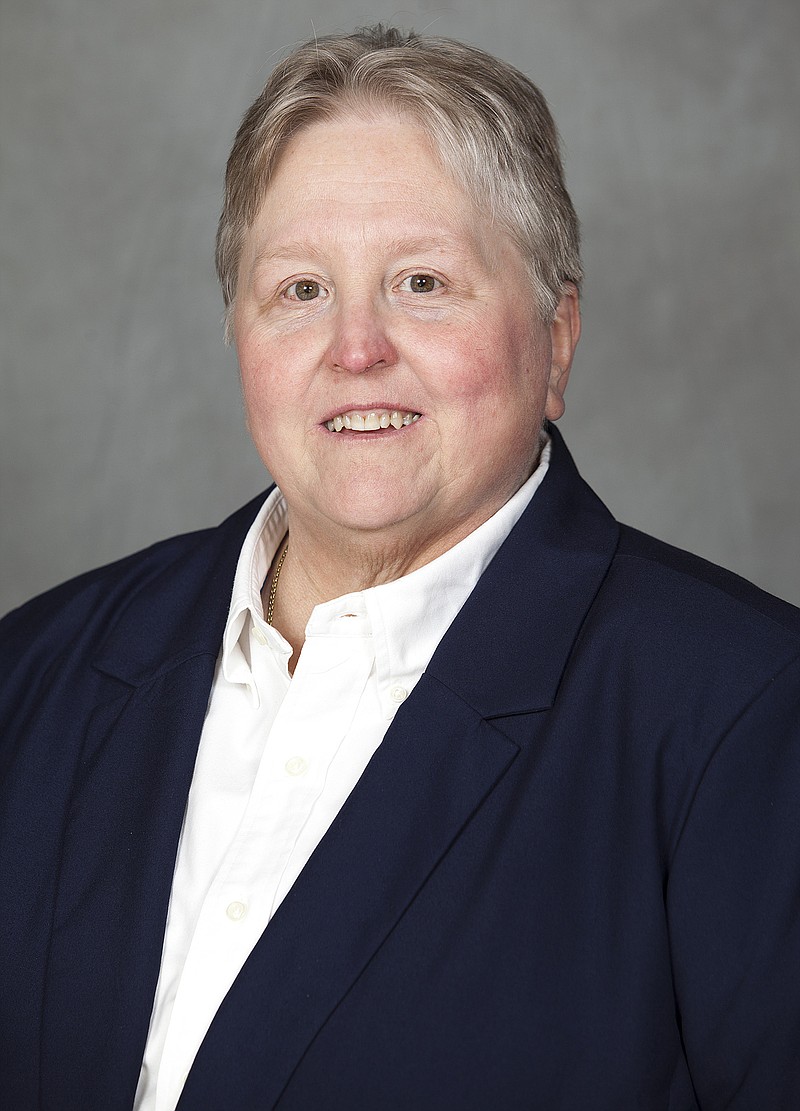 Clark's death was confirmed in an email from Debby Winter, chairwoman of the Washington County Democrats and in a posting on Clark's Facebook page by her wife, Teddy Cardwell.

Clark, 64, was born in Fort Smith and lived in Fayetteville for more than 50 years. She received graduate and undergraduate degrees from the University of Arkansas. She was co-owner of C&C Services, a Fayetteville-based commercial and industrial cleaning service.

Clark served on the Washington County Quorum Court from 2009 through 2014. She served on the county's Jail and Law Enforcement and Personnel committees and was chairwoman of the Finance & Budget Committee for four years. Clark also served on the Fayetteville Planning Commission and on a number of city committees. She had planned a race to return to the Quorum Court this year but withdrew after suffering a stroke in August.

Clark was a co-founder of the Animal League of Washington County and a former executive director of the Humane Society of the Ozarks. She was a board member of the Ozark Literacy Council and Ozark StageWorks.

Friends remembered Clark as a caring and generous person, and also as someone who was strong-willed and smart.

"She was a dedicated, loyal friend," said Eva Madison, who served with Clark on the Quorum Court. "She was also a very skilled debater. She was a debate coach at the university."

Madison said her 15-year friendship with Clark lasted beyond their time on the Quorum Court. She said she continued to rely on Clark as a mentor and a friend.

"She was very supportive," Madison said. "I would routinely call her after Quorum Court meetings and ask her to help me sort this out."

Madison said Clark often brought people into her circle and treated them as more than friends.

"She described us as 'family of choice' and I consider her to be family," Madison said.

Madison said Clark often helped others polish their speaking skills when they were entering politics.

"She coached a lot of political candidates on public speaking," Madison said.

Fayetteville Mayor Lioneld Jordan said Clark was one of his earliest supporters. Jordan said he came to know Clark while they worked together on a number of city committees.

"When I was first getting started on the City Council, she sat on a couple of city committees and I was fortunate enough to work with her on a couple of them," Jordan said. "One in particular I remember was the city's animal shelter committee. Her work on that committee was stellar. "

Jordan said Clark continued to help him even while she was serving on the Quorum Court. He credited her with his successful campaign for mayor.

"She was one of the first people to see that I could be the mayor of this city," Jordan said. "She worked to help get me elected and worked on all my campaigns since then."

Jordan said Clark's interests went far beyond politics and into a number of other areas where she worked to serve the community.

Jordan said Clark's generosity was just one of her outstanding traits. She fought for fairness and equality in whatever she did, he said.

She took the time for people of all walks of life," Jordan said. "She cared about them."

Clark's interest in caring for animals was something several of her friends mentioned.

Carmen Nelson, director of the Animal League of Washington County, called Clark a pioneer in working for animal welfare, citing her work with the league and with the Humane Society of the Ozarks and her work to develop and build the Washington County Animal Shelter.

"Candy's love, passion and dedication to animal welfare in Northwest Arkansas was demonstrated by her work on the Quorum Court helping pass animal ordinances, serving on nonprofit boards and always giving back monetarily so generously to animal welfare causes," Nelson said. "Candy will be greatly missed."

"Candy Clark was a true animal advocate and a pillar in our community for animal welfare," Nelson said.

Candy Clark, a former Washington County justice of the peace who was active in supporting education, the arts and animal welfare causes, died Friday. Information about memorial services was not immediately available.