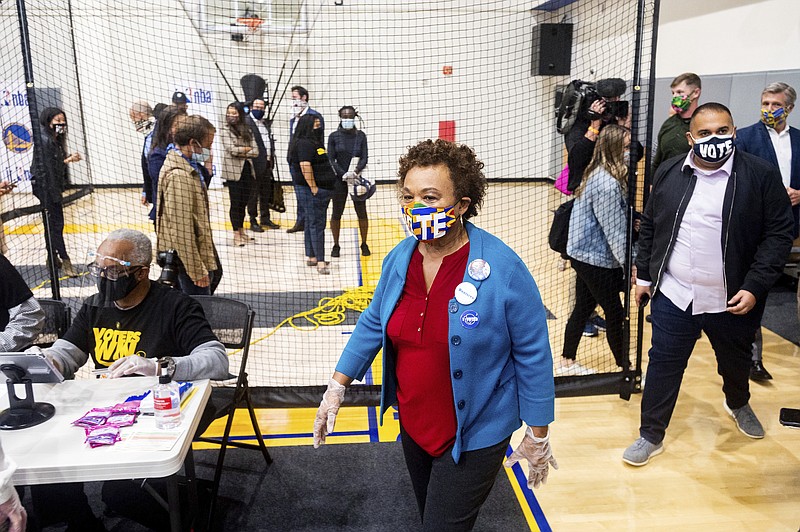 WASHINGTON -- The Democratic-controlled House on Friday approved a bill to decriminalize and tax marijuana at the federal level, reversing what supporters call a failed policy of criminalizing pot use and taking steps to address racial disparities in enforcement of federal drug laws.

Opponents, mostly Republicans, called the bill a hollow political gesture and mocked Democrats for bringing it up at a time when thousands of Americans are dying from the coronavirus pandemic.

"With all the challenges America has right now, [Republicans] think covid relief should be on the floor, but instead, the Democrats put cats and cannabis" on the House floor, said House Minority Leader Kevin McCarthy, R-Calif. "They're picking weed over the workers. They're picking marijuana over [providing] the much-needed money we need to go forward" to address the pandemic.

McCarthy's comment about cats referred to a separate bill approved by the House to ban private ownership of big cats such as lions and tigers, a measure boosted by the Netflix series "Tiger King." That bill, approved by the House on Thursday, would allow most private zoos to keep their tigers and other species but would prohibit most public contact with the animals.

[Video not showing up above? Click here to watch » https://www.youtube.com/watch?v=S6gAp3_G3ig]

Democrats said they can work on covid-19 relief and marijuana legislation at the same time and noted that the House passed a major pandemic relief bill in May that has languished in the Senate.

Supporters say the pot bill would help end the decades-long "war on drugs" by removing marijuana, or cannabis, from the list of federally controlled substances while allowing states to set their own rules on pot. The bill also would use money from a new excise tax on marijuana to address the needs of groups and communities harmed by the so-called drug war and provide for the expungement of federal marijuana convictions and arrests.

"For far too long, we have treated marijuana as a criminal justice problem instead of as a matter of personal choice and public health," said Rep. Jerrold Nadler, D-N.Y., chairman of the House Judiciary Committee and a key sponsor of the bill. "Whatever one's views are on the use of marijuana for recreational or medicinal use, the policy of arrests, prosecution and incarceration at the federal level has proven unwise and unjust."

Drug legislation advocates called the House vote historic, noting it is the first comprehensive measure to decriminalize marijuana has passed the full House or Senate.

"The criminalization of marijuana is a cornerstone of the racist war on drugs. Even after a decade of reform victories, one person was arrested nearly every minute last year for simply possessing marijuana," said Maritza Perez, director of national affairs at the Drug Policy Alliance, an advocacy group. "Today the House took the most powerful step forward to address that shameful legacy."

The vote comes at a time when most Americans live in states where marijuana is legal in some form, and lawmakers from both parties agreed that national cannabis policy has lagged woefully behind changes at the state level. That divide has created a host of problems -- loans and other banking services, for example, are hard to get for many marijuana companies because pot remains illegal at the federal level.

Four states, including New Jersey and Arizona, passed referenda allowing recreational cannabis this year. Voters made Oregon the first state in the nation to decriminalize possession of small amounts of cocaine, heroin and methamphetamine.

Rep. Barbara Lee, D-Calif., called the House bill an important racial justice measure. The bill "is a major step, mind you, a major step toward ending the unjust war on drugs and racial inequities that are central to these laws," said Lee.

The bill, which passed 228-164, now goes to the Republican-controlled Senate, where it is unlikely to advance. A related bill that would give pot businesses access to traditional banking services has languished in the Senate after being approved by the House last year. 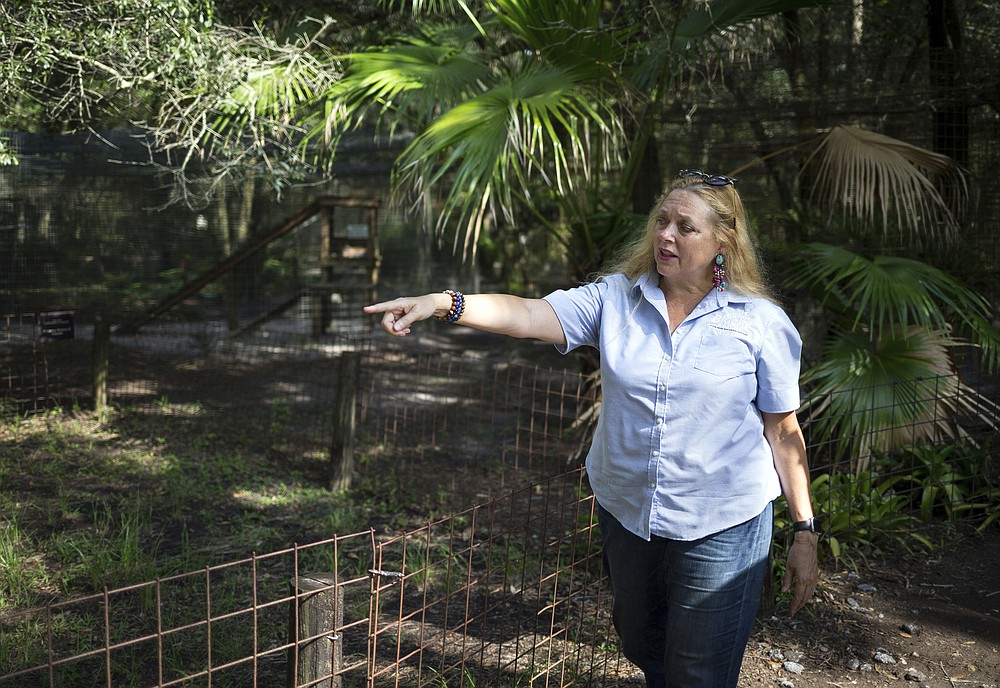 FILE - In this July 20, 2017, file photo, Carole Baskin, founder of Big Cat Rescue, walks the property near Tampa, Fla. Officials said, a female volunteer who regularly feeds big cats was bitten and seriously injured by a tiger Thursday morning, Dec. 3, 2020, at the sanctuary, which was made famous by the Netflix series “Tiger King." (Loren Elliott/Tampa Bay Times via AP, File) 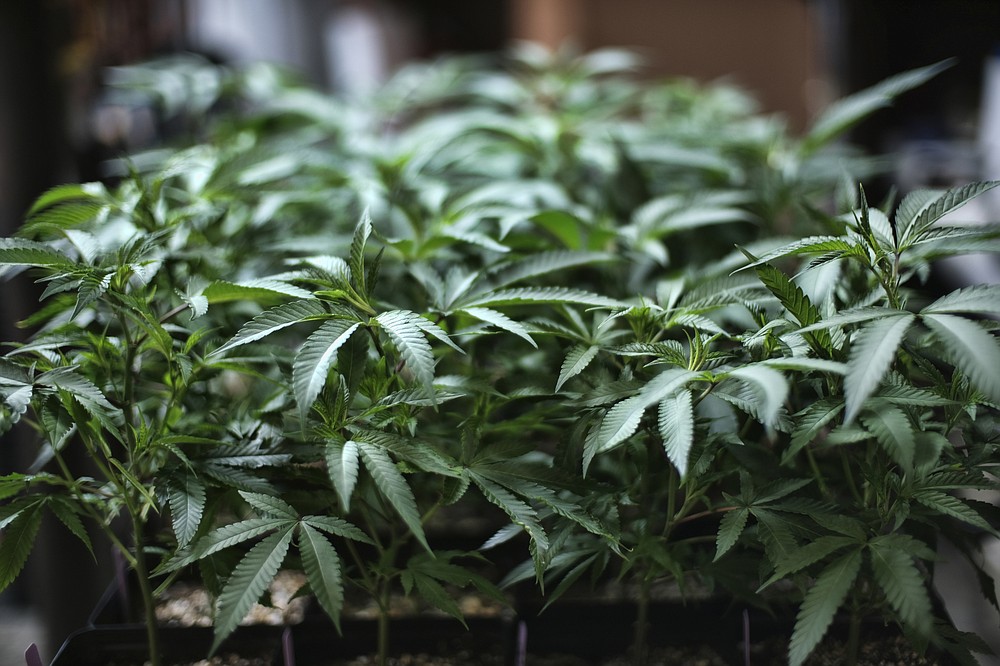 FILE - In this Aug. 15, 2019 file photo, marijuana grows at an indoor cannabis farm in Gardena, Calif. Top prosecutors in the vast majority of Arizona counties are dropping all existing possession of marijuana cases even before a new voter-approved law eliminating criminal penalties for having small amounts of the drug takes effect when results of the Nov. 3, 2020 election are certified. An Associated Press survey of county attorneys received responses from 13 of 15 elected county attorneys, all of whom said they were either immediately dropping existing cases or in one case pausing prosecutions and planning to drop them when Proposition 207 goes into effect. (AP Photo/Richard Vogel, File) 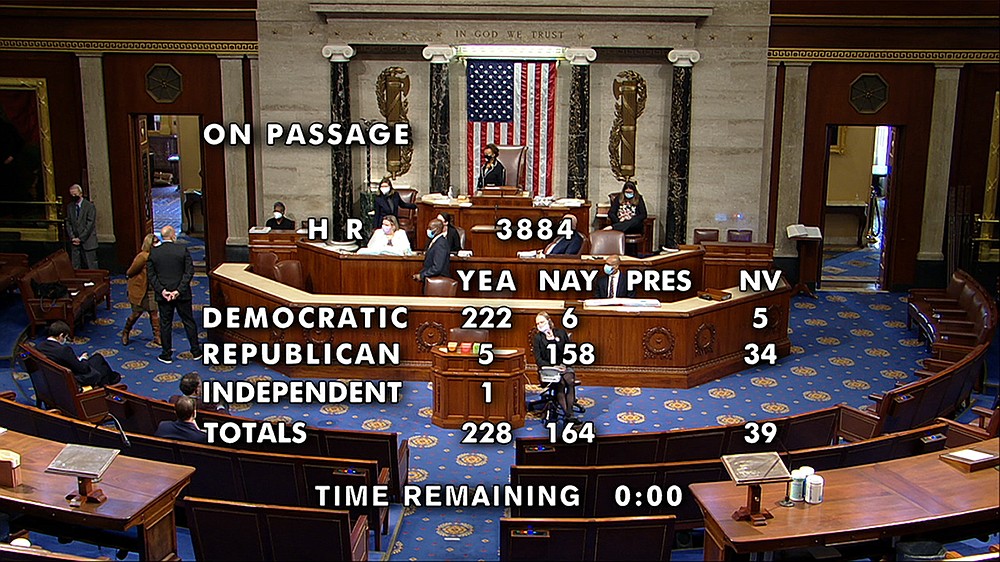 This image from House Television shows the final vote, 228-164, in the House on passage of a bill to decriminalize and tax marijuana at the federal level. The bill now goes to the Republican-controlled Senate, where it is unlikely to move forward. (House Television via AP)
ADVERTISEMENT