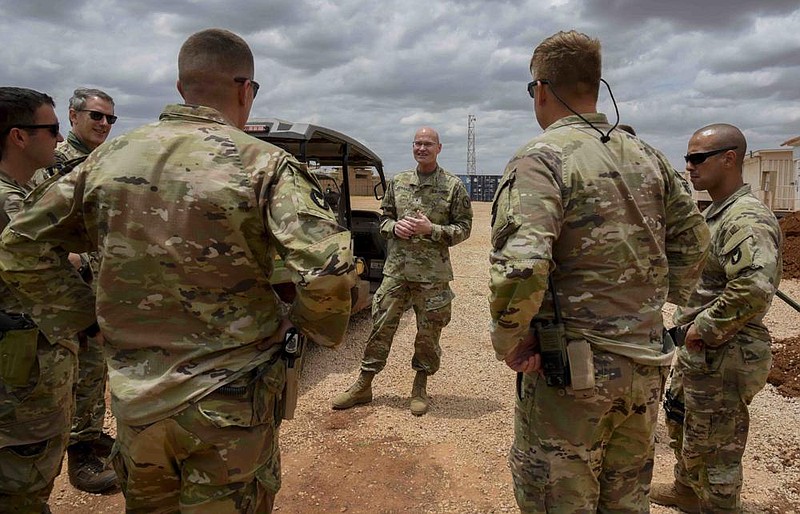 WASHINGTON -- The Pentagon said Friday that it is pulling most U.S. troops out of Somalia on President Donald Trump's orders, continuing a postelection push by Trump to shrink U.S. involvement in counterterrorism missions abroad.

Without providing details, the Pentagon said in a short statement that "a majority" of U.S. troops and assets in Somalia will be withdrawn in early 2021. There are currently about 700 troops in the Horn of Africa nation, training and advising local forces in an extended fight against the extremist group al-Shabab, an affiliate of al-Qaida.

Trump recently ordered troop drawdowns in Afghanistan and Iraq, and he was expected to withdraw some or all troops from Somalia. Gen. Mark Milley, chairman of the Joint Chiefs of Staff, said Wednesday that the future structure of the U.S. military presence in Somalia was still in debate.

The adjusted U.S. presence, Milley said, would amount to "a relatively small footprint, relatively low cost in terms of number of personnel and in terms of money." He provided no specifics but stressed that the U.S. remained concerned about the threat posed by al-Shabab, which he called "an extension of al-Qaida," the extremist group that planned the Sept. 11, 2001, attacks on the United States from Afghanistan.

"They do have some reach, and they could if left unattended conduct operations against not only U.S. interests in the region but also against the homeland," he said. "So they require attention." Noting that Somalia remains a dangerous place for Americans, he said a CIA officer was killed there recently.

The acting secretary of defense, Christopher Miller, made a brief visit to Somalia last week and met with U.S. troops.

Depending on what remains of the U.S. presence in Somalia when he takes office Jan. 20, President-elect Joe Biden could reverse Trump's drawdown or make other adjustments to reflect his counterterrorism priorities. The U.S. military also has a presence in neighboring Djibouti on the Bab al-Mandab Strait.

Rep. Jim Langevin, a Rhode Island Democrat, criticized the Trump pullback in Somalia as a "surrender to al-Qaida and a gift of China." Langevin is chairman of the House Armed Services Committee's Intelligence and Emerging Threats and Capabilities Subcommittee.

"When U.S. forces leave Somalia in response to today's order, it becomes harder for diplomats and aid workers to help people resolve conflicts without violence and loss of life," Langevin said. "With upcoming elections in Somalia and conflict raging in neighboring Ethiopia, abandoning our partners could not come at a worse time."

Langevin said China will use the opportunity to build its influence in the Horn of Africa.

The Pentagon said the drawdown in Somalia does not mark the end of U.S. counterterrorism efforts there.

"As a result of this decision, some forces may be reassigned outside of East Africa," it said. "However, the remaining forces will be repositioned from Somalia into neighboring countries in order to allow cross-border operations by both U.S. and partner forces to maintain pressure against violent extremist organizations operating in Somalia."

It added: "The U.S. will retain the capability to conduct targeted counterterrorism operations in Somalia, and collect early warnings and indicators regarding threats to the homeland."

The nature of the threat posed by al-Shabab and the appropriate U.S. response has been a matter of increasing debate in the Pentagon, which has been looking for opportunities to shift its focus toward China as a greater long-term challenge. 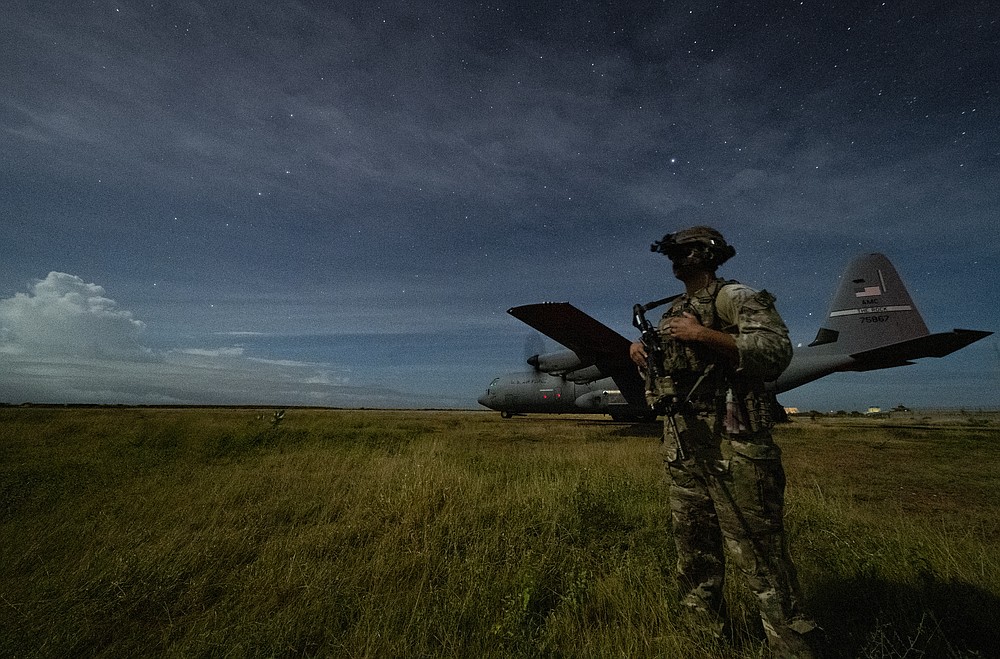 U.S. Army Spc. Kevin Martin, junior sniper, assigned to the 1-186th Infantry Battalion, Task Force Guardian, Combined Joint Task Force - Horn of Africa, provides security for a 75th Expeditionary Airlift Squadron (EAS) C-130J Super Hercules during unloading operations at an unidentified location in Somalia Sunday, June 28, 2020. No country has been involved in Somalia's future as much as the United States but now the Trump administration is thinking of withdrawing the several hundred U.S. military troops from the nation at what some experts call the worst possible time. (Tech. Sgt. Christopher Ruano/Combined Joint Task Force - Horn of Africa via AP) 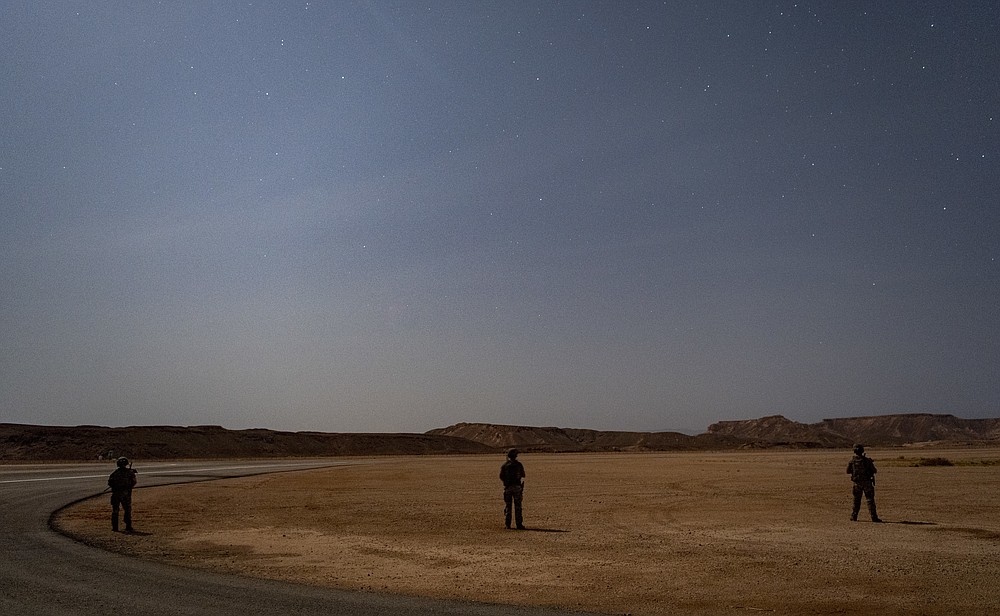 U.S. Army soldiers assigned to the 1-186th Infantry Battalion, Task Force Guardian, Combined Joint Task Force - Horn of Africa, provide security for a 75th Expeditionary Airlift Squadron (EAS) C-130J Super Hercules during loading and unloading operations at an unidentified location in Somalia Friday, July 10, 2020. No country has been involved in Somalia's future as much as the United States but now the Trump administration is thinking of withdrawing the several hundred U.S. military troops from the nation at what some experts call the worst possible time. (Tech. Sgt. Christopher Ruano/Combined Joint Task Force - Horn of Africa via AP)
ADVERTISEMENT