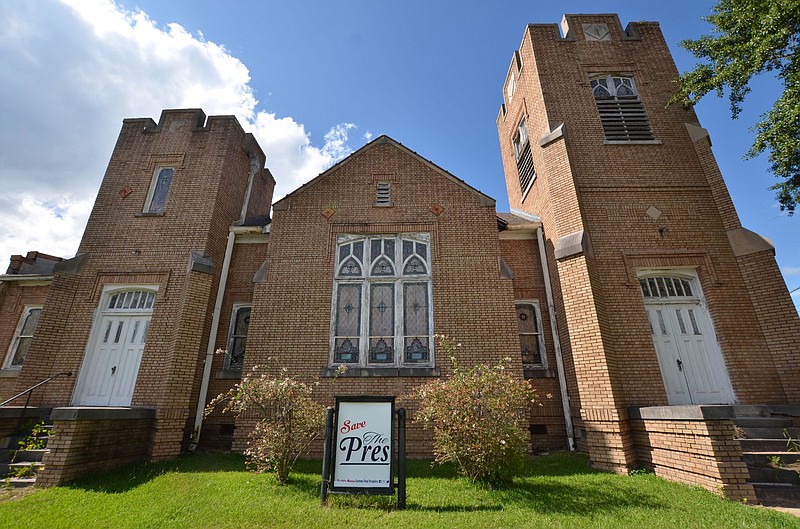 Listed on the National Register of Historic Places, the First Presbyterian Church of Fordyce was designed by renowned architect Reuben Harrison Hunt. (Special to The Commercial/Richard Ledbetter)

According to a 1933 Fordyce Advocate newspaper article printed on the 50th anniversary of the local Presbyterian Church, "Even before Fordyce was settled when there were but few houses scattered about the woods, Presbyterian ministers from Princeton conducted services in the area, for the occupants were primarily of that denomination.

"The First Presbyterian Church of Fordyce was officially established in August of 1883," the newspaper went on to say. "The congregation occupied two previous frame structures prior to 1912 at which time the beautiful cream brick church edifice was erected."

Listed on the National Register of Historic Places, the community landmark designed by renowned architect Reuben Harrison Hunt of Chattanooga, Tenn., had drifted into disrepair since the local congregation disbanded over a decade ago.

In 2017, a new 501c3 tax-deductible organization, Historical Fordyce Inc., was established for the primary purpose of restoring the edifice to its former glory. The organization achieved ownership of the property and is in the on-going process of raising much-needed funds for renovation of the church building and grounds.

One of the main givers and charter Presbyterians was A.B. Banks, whose Home Insurance Co. insured sawmills all across the South and built the historic A.B. Banks building on Fordyce Main Street.

While taking the Grand Tour of Europe with his wife Charlotte, the couple commissioned the church's stained glass windows.

They were constructed in Venice, Italy, and being ever a businessman, Banks hustled a deal to have the 35 windows and 12 glass-paneled doors used as the ship's ballast, transporting them at no charge, deep within the hold of an Atlantic crossing to New Orleans. From that point, they traveled by train to the railroad crossroads of Fordyce, where the timeless appeal of the remarkable stained-glass remains to this day. The elegant simplicity of the windows is reflective of Reformed theology.

Work to repair the old structure goes on to this day. The Roy and Christine Sturgis Charitable and Educational Trust of Arkadelphia has just awarded a $26,405 construction grant to Historical Fordyce Inc. The contribution is earmarked toward the restoration of the circa 1912 Morano, Venetian stained-glass windows in the former church building located on 212 West Forth Street. Besides residing on the National Register of Historic Places, the structure also holds a spot on Arkansas' "Ten Most Endangered Historic Sites" list.

To complete the entire window restoration, Historical Fordyce is seeking tax-deductible donations in the amount of $12,881. With the additional funds, all the at-risk windows will be removed from their deteriorated frames while the sagging wooden casings are rebuilt and repainted in preparation for re-installation of the artisan glass. While the openings are reworked, the 108-year-old windows will be removed and transported to Soos Stained Glass Co. of North Little Rock. The antique-glass specialists will thoroughly clean and re-lead the vintage windows in order to restore them to original "as-new" condition.

The formerly leaking roof and associated interior floor damage resulting from a decade of abandonment and neglect have already been addressed along with stabilization of the century-old foundation. Upon completion of the window renovation, all exterior refurbishments to the masonry façade will be completed.

It is anticipated that with continuing support from the community, "The Pres" will be open for public events as a privately funded municipal auditorium by 2022. 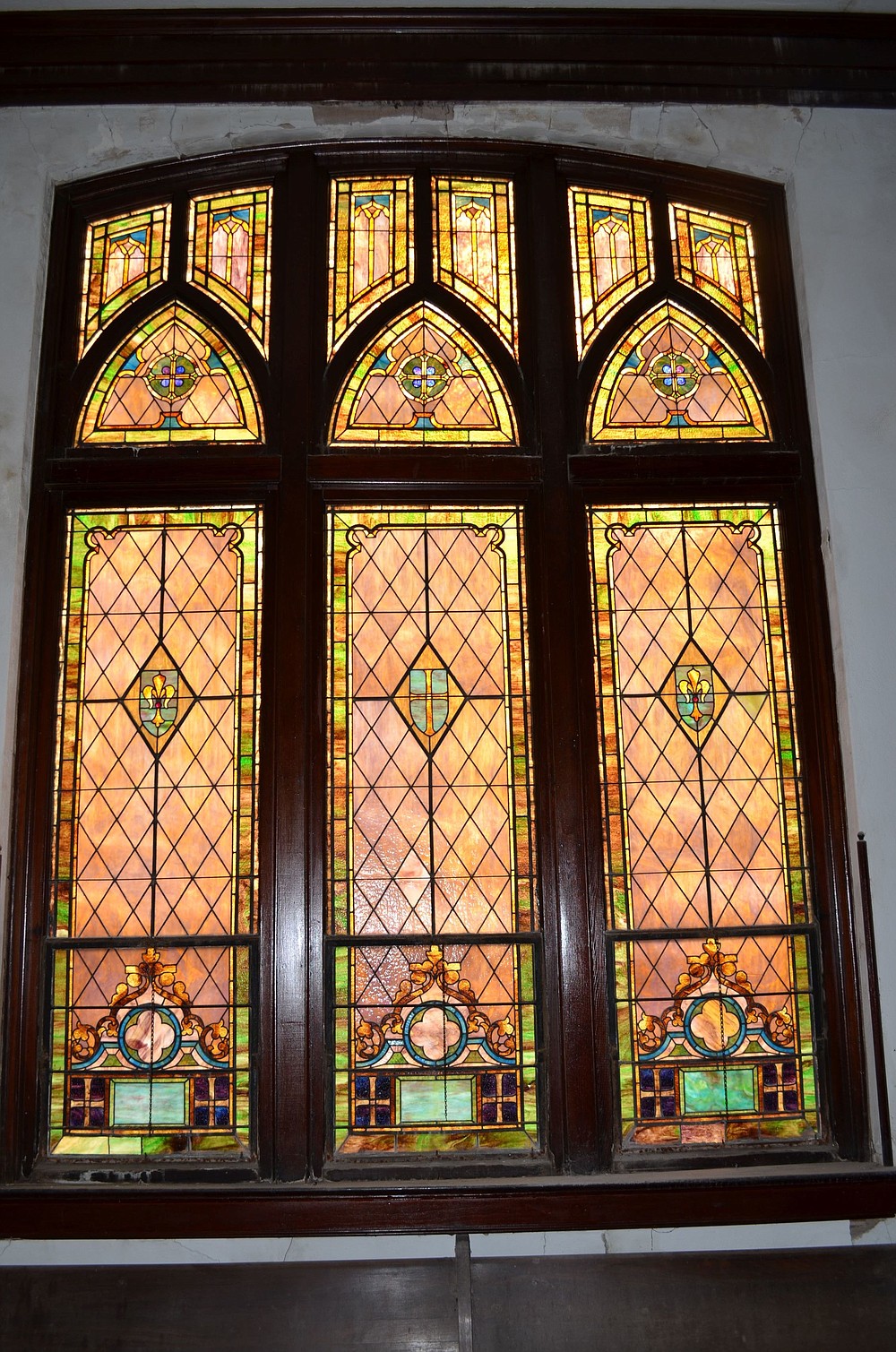 The church’s stained glass windows at The Pres were constructed in Venice, Italy. (Special to The Commercial/Richard Ledbetter)
ADVERTISEMENT