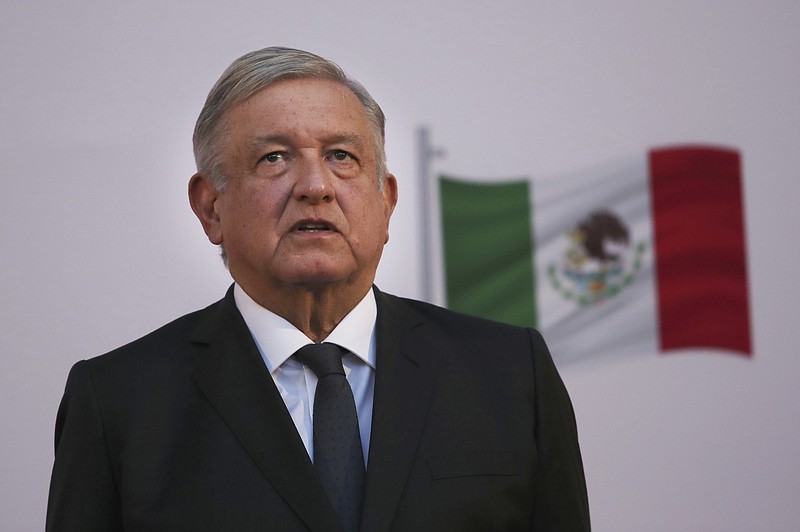 Mexican President Andrés Manuel López Obrador stands during the commemoration of his second anniversary in office, at the National Palace in Mexico City, on Tuesday, December 1, 2020. (AP Photo / Marco Ugarte )

MEXICO CITY -- Mexico's President Andres Manuel Lopez Obrador has tossed another hot potato to U.S. President-elect Joe Biden with a proposal that would restrict U.S. agents in Mexico and remove their diplomatic immunity.

The proposal submitted quietly last week by Lopez Obrador would require Drug Enforcement Administration agents to hand over all information they collect to the Mexican government and require any Mexican officials they contact to submit a full report to Mexico's Foreign Relations Department.

"The proposal is that foreign agents will not have any immunity," according to a summary of the president's proposal to the Mexican Senate published Friday. In most countries, the chief DEA agent in the country often has full diplomatic immunity, and other agents have some form of limited or technical immunity.

"The proposal requires that foreign agents give Mexican authorities the information they gather," according the proposed changes.

Mike Vigil, the DEA's former chief of international operations, said of the handover of all information, "That is not going to happen."

The history of leaks is well documented. In 2017, the commander of a Mexican police intelligence-sharing unit that received DEA information was charged with passing the the agency's data to the Beltran Leyva drug cartel in exchange for millions of dollars.

The proposed changes also specify that any Mexican public servant who has as much as a phone call or text message from a U.S. agent would be required "to deliver a written report to the Foreign Relations Department and the Public Safety Department within three days."

"Ninety percent of the information sharing goes from the DEA to Mexico, rather from Mexico to the U.S. The vast majority of counter-drug successes in Mexico comes from DEA information," he said.

The proposal appears to reflect Mexico's anger about the arrest of former Mexican Defense Secretary Salvador Cienfuegos in Los Angeles in October.

Under the pressure of Mexico's implicit threats to restrict or expel U.S. agents, U.S. prosecutors folded, dropping their case so Cienfuegos could be returned to Mexico and investigated -- though he has not so far been charged -- under Mexican law.

But despite that victory, the proposed changes indicate Mexico isn't willing to let the matter rest.

Cienfuegos, a general who led Mexico's army department for six years under then-President Enrique Pena Nieto, was secretly indicted by a federal grand jury in New York in 2019. He was accused of conspiring with the H-2 cartel in Mexico to smuggle thousands of kilos of cocaine, heroin, methamphetamine and marijuana while he was defense secretary from 2012 to 2018.

The Mexican attorney general's office has pledged to look at the evidence, but Cienfuegos was immediately released upon his arrival back in Mexico. Given the Army's enormous political and social influence in Mexico, few expect him ever to be convicted there.

The Mexican government was angry it had not been informed of the investigation into Cienfuegos. But Vigil said that "had we notified them, Cienfuegos would have known within five minutes that there was a U.S. indictment against him." 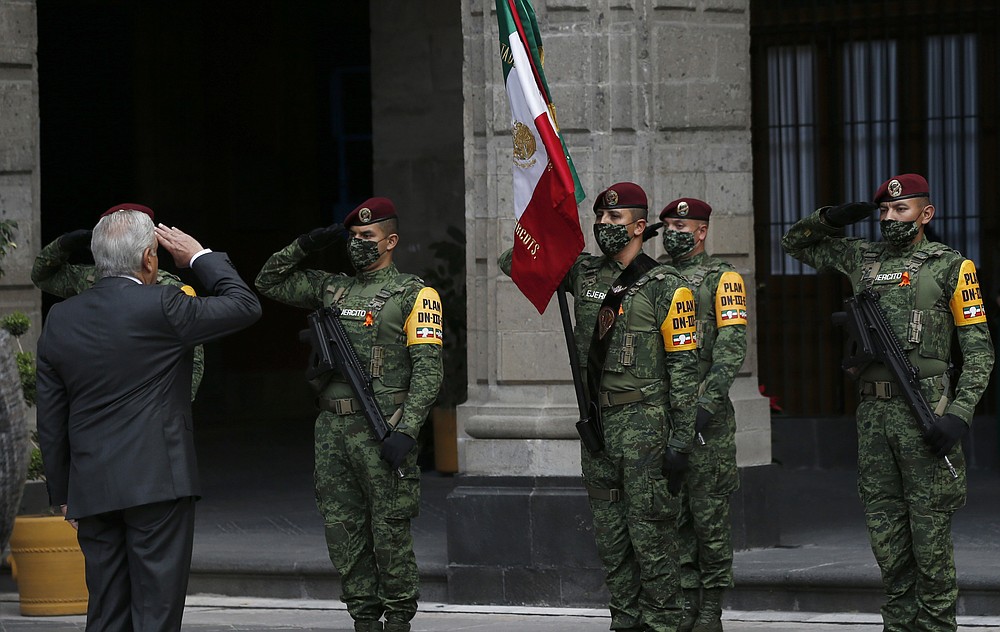