Mystery plants for the first week of December 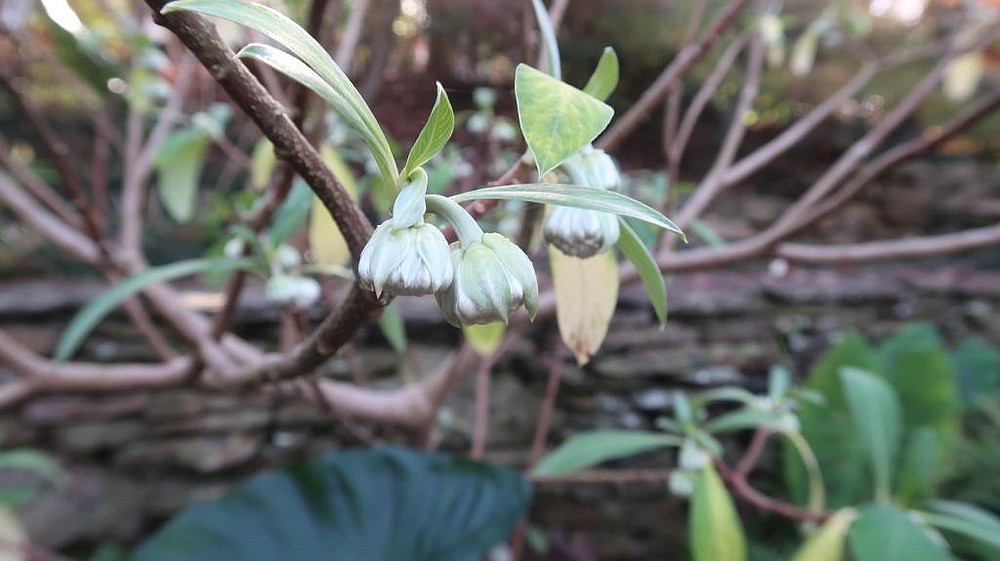 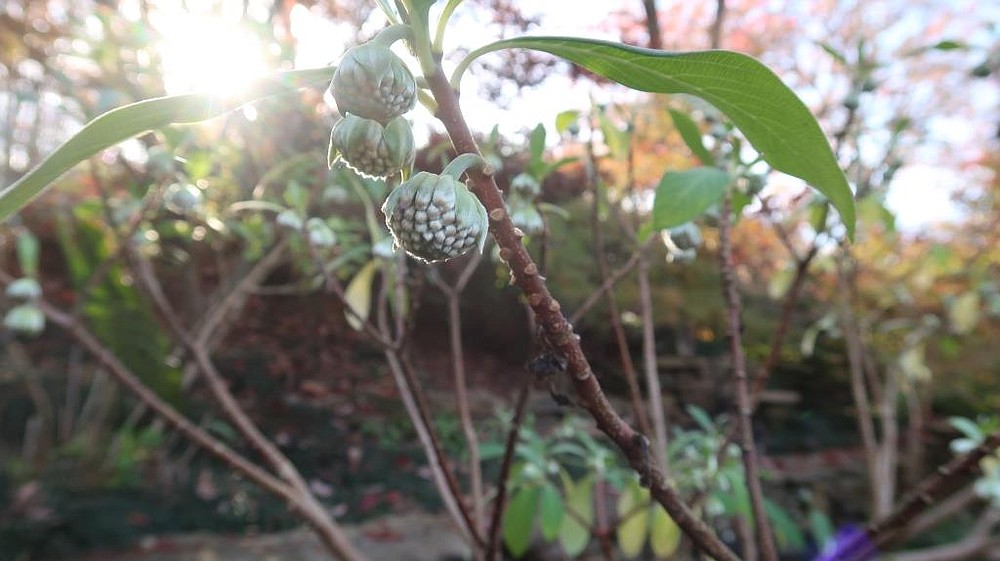 This well-branched shrub begins blooming in December, when it’s nothing but a bare silhouette in the garden, and continues through the winter. 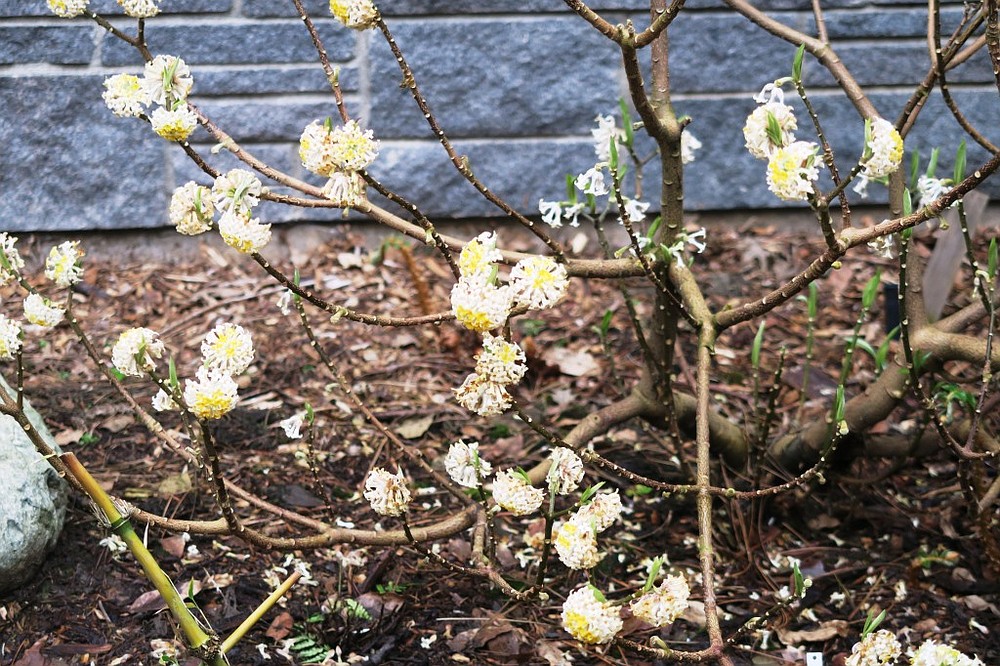 The individual florets are tiny, but a few dozen make up a 1½- to 2-inch cluster that will simply knock you sideways. You can smell edgeworthia long before you can see it. The fragrance is a bit like gardenia with a slightly spicier element. 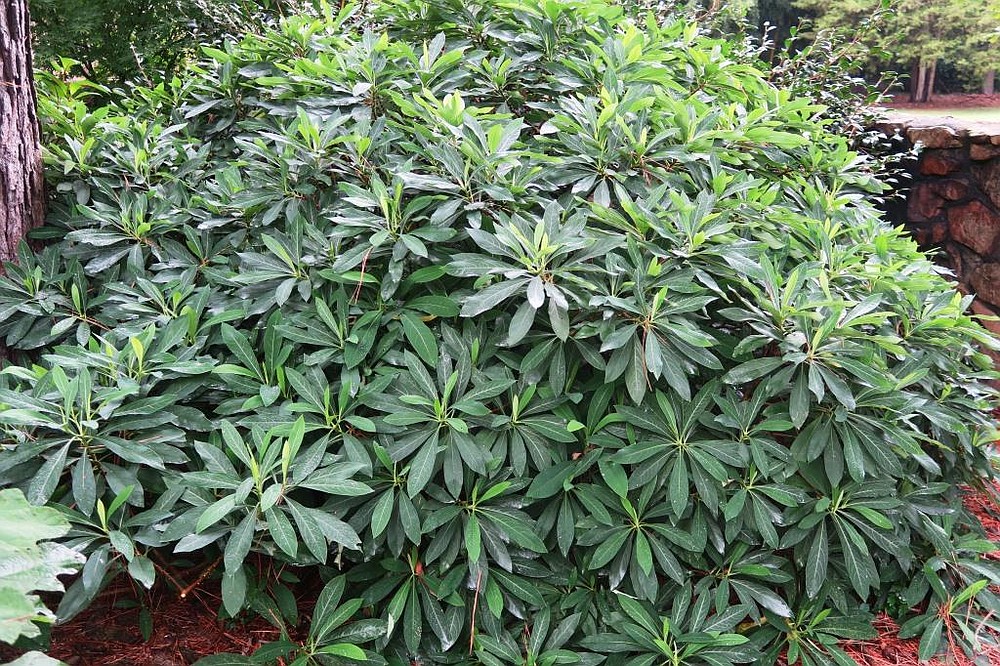 Edgeworthia thrives in partial shade and appreciates well-enriched, moist soil. In spring, after the blooms pass, it sports lovely bluish foliage with silvery undertones that are both eye-catching and soothing. In the summer you might mistake it for rhododendron. 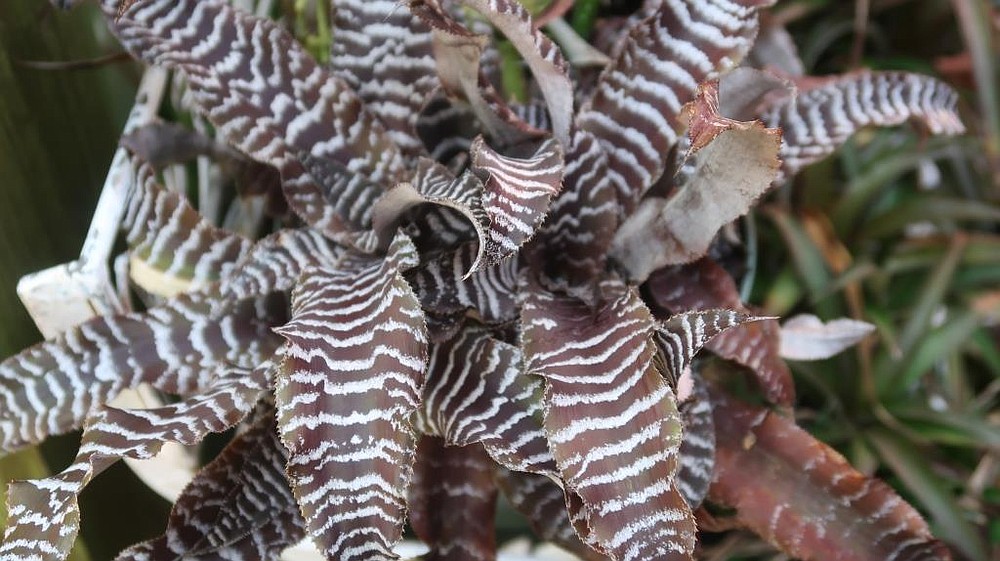 – is a terrestrial bromeliad—meaning it grows in soil. Cryptanthus is a genus of plants found in the Bromeliad family (related to pineapples). Zebra Plant is the common name for many plants. This one needs bright indirect light, as too much sunlight will bleach the showy leaves, but too low light may make the colors fade. It forms a rosette of mid-green leaves with irregular whitish cross bands. Occasionally, it produces a succession of white star-like blooms from the center of the plant. It is grown as a houseplant in Arkansas. 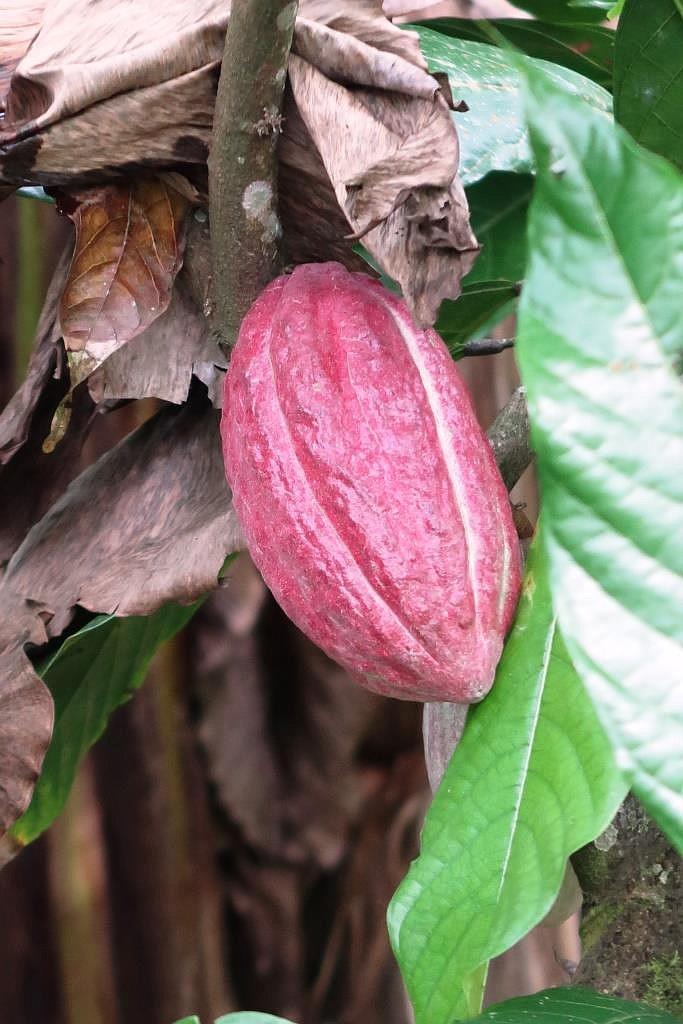 Cacao – Chocolate. I had some interesting guesses on this plant, which of course we do not grow in Arkansas. I took these pictures in Costa Rica on my one big trip of 2020—luckily before Covid became an issue! Cocoa beans come from cacao trees, which reside in the genus Theobroma and originated millions of years ago in South America. Archaeological evidence suggests that the Mayan people drank cacao as early as 400 B.C. The Aztecs prized the bean as well. Christopher Columbus was the first foreigner to drink chocolate when he sailed to Nicaragua in 1502 but it wasn’t until Hernan Cortes, the leader of a 1519 expedition to the Aztec empire, that chocolate made its way back to Spain. Cacao trees need protection from sun and wind, which is why they thrive in the understory of warm rainforests. 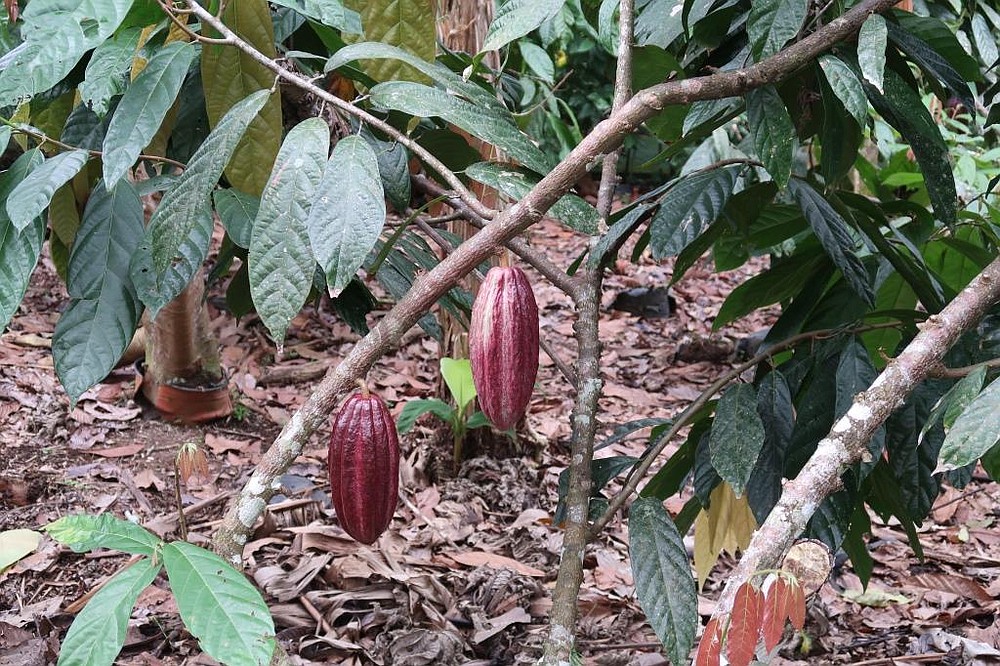 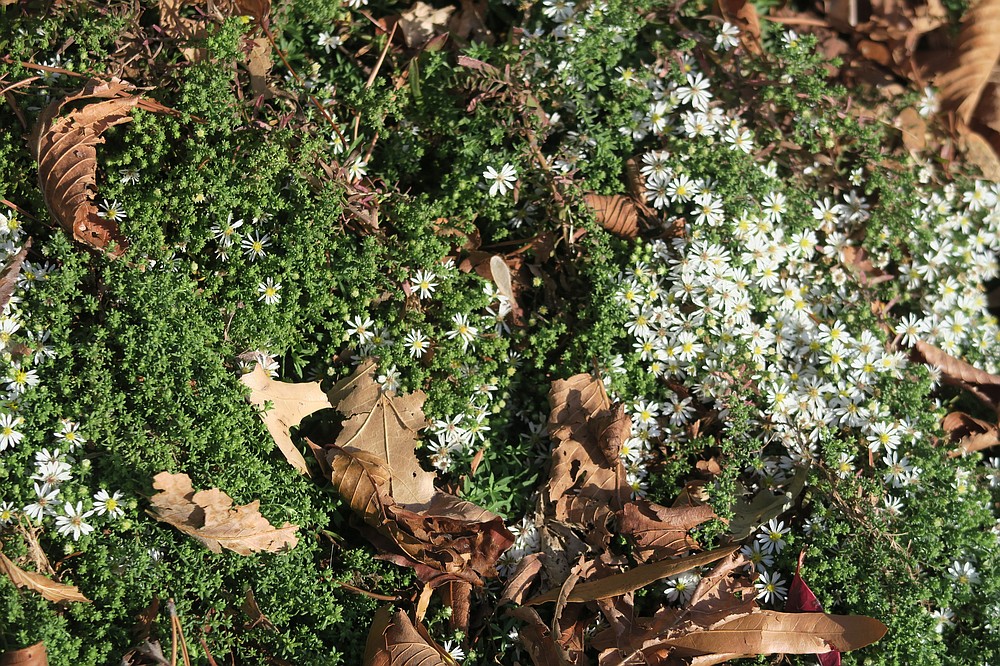 is the name of this native plant. I took this picture in the fall one year at the National Botanical Garden in Washington DC. The particular variety is ‘Snow Flurry’. It is very low growing, with tiny leaves. 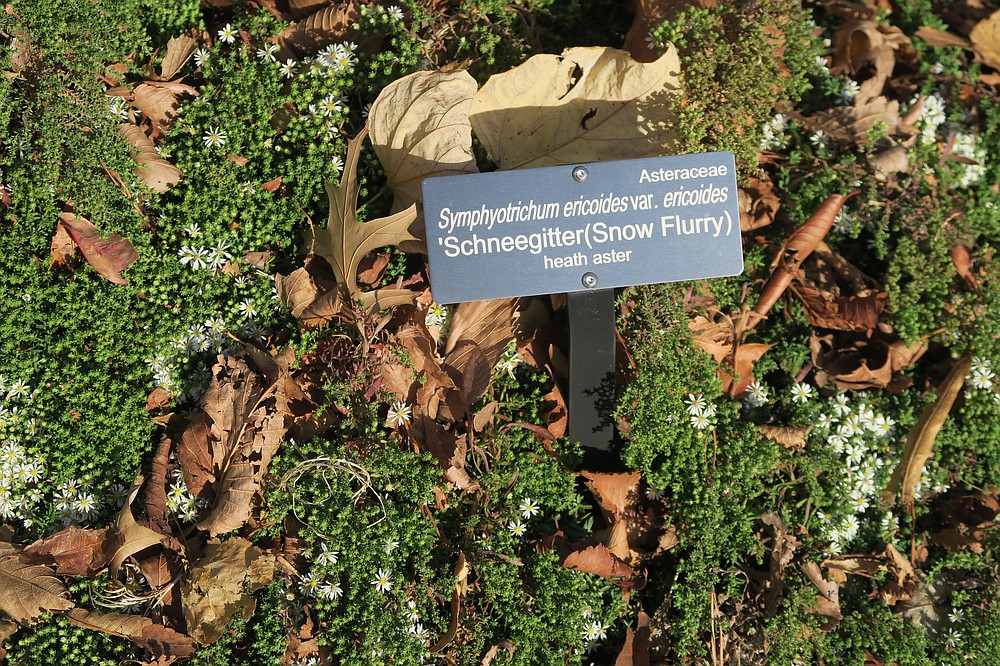 It typically grows 4-6” tall and spreads along the ground to form a dense foliage mat. Small, single asters (to 1/2” diameter) with white rays and yellow centers. It would make a nice groundcover in full sun.