READ TO ME: Jack stands up to high-handed Santa 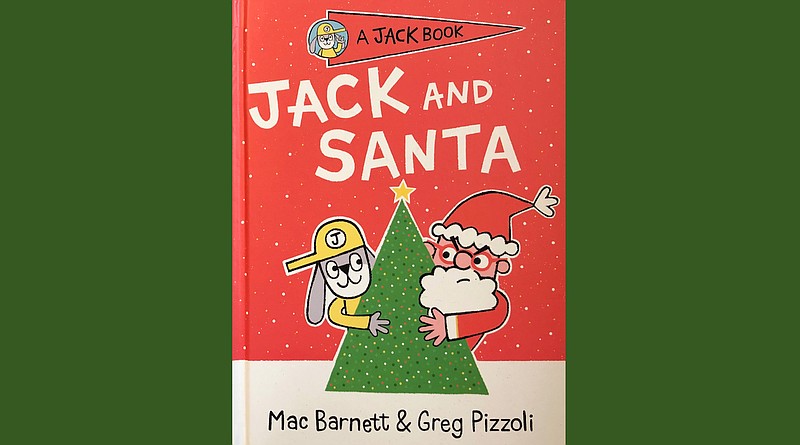 STORY: In the latest installment of the Jack series of picture/chapter books for beginning readers, the rabbit boy has made a wish list for Christmas. He wants toys, snacks, lipstick (to vandalize things), cash, more toys, more cash, a new cap, knee socks, a bat for baseball, a bat for a pet, a chess set, all the toys at the toy store, all the cash in the bank, a bag for his toys and a bag for his cash.

Jack doesn't know that he is on Santa's "bad" list. His friend The Lady and his dog friend Rex are on Santa's "good" list.

Jack sleeps sweetly in his little bed decked with holiday lights. He's so nice when he sleeps, there might just be a chance that Santa will relent when he sees Jack asleep. And yet we know this whole business is about to go South.

Jack has set a snare up on the rooftop. With Santa strung up by his feet, Jack bounds from bed and ransacks the Santa sack.

He finds only gifts for Rex and the Old Lady. Jack thinks about his behavior over the past year and is abashed. He apologizes to Santa (after cutting him down).

The old man takes off his cap and pulls out a tiny gift box just for Jack. As Santa flies away in the sky, Jack opens his box to find ... coal.

So, Jack burns his coal.

He grills it to make cheese sandwiches for the neighborhood.

Passing by overhead, Santa sniffs the good aromas and drops in. He’s hungry. So he revokes his judgment against Jack.

There is one sandwich left. Does Jack give it to Santa?

No. Santa gets nothing.