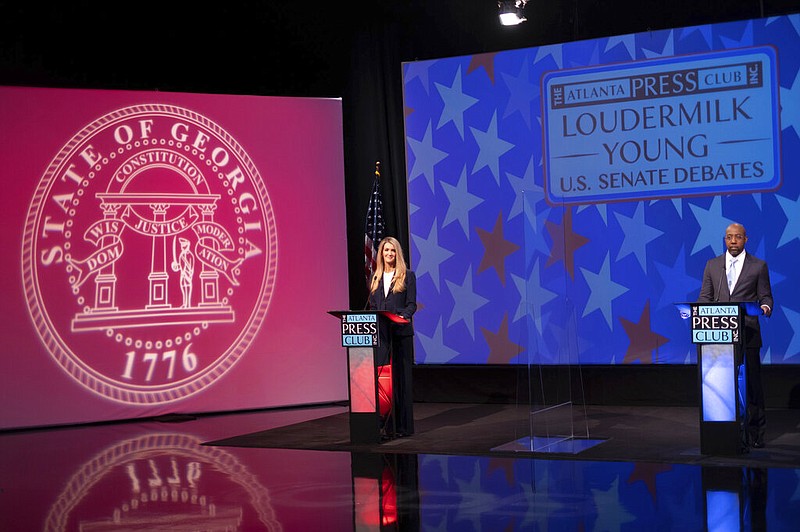 ATLANTA -- Sen. Kelly Loeffler repeatedly refused Sunday to acknowledge that President Donald Trump lost reelection in November as she debated her Democratic opponent, Rev. Raphael Warnock, ahead of twin Georgia runoff elections that will determine which party controls the Senate.

Asked specifically about President-elect Joe Biden's victory in Georgia and whether she agreed with Trump's accusations of widespread voter fraud, Loeffler sidestepped the matter.

Although Trump has lost several court challenges in Georgia and other battleground states, and Georgia's results were certified last month, Loeffler described Trump as merely pursuing "every legal recourse."

She alleged, without any supporting details, irregularities in the November elections, prompting Warnock to chide her for "casting doubt" on a legitimate election in an effort to appease Trump and his supporters.

"The people have spoken on the presidential election, and they're waiting on their senator to be focused on them, not the person in the White House," he said.

Loeffler steered clear of any criticism of Trump. Her victory is necessary to prevent a leftward march under complete Democratic control in Washington, she said.

"Everything is at stake in this election, the future of our country," she said, warning of a range of liberal and progressive policies that could never become law if Trump was in the Oval Office.

More than a dozen times Loeffler blasted "radical liberal Raphael Warnock" and hammered the pastor as a socialist who would ensure everything from a government takeover of the U.S. health-care system to the seizure of Americans' guns. Warnock, who is not a socialist, countered by blasting Loeffler as a self-interested, wealthy politician who "lied not only on me, but on Jesus" by highlighting and, he said, misrepresenting excerpts of his sermons.

The battle between Loeffler and Warnock and a second runoff between Republican Sen. David Perdue with Democrat Jon Ossoff will determine which party controls the Senate at the outset of Biden's presidency. Republicans need one seat for a majority. Democrats need a sweep to make Vice President-elect Kamala Harris the tie-breaking vote.

The debate came a day after Trump campaign in Georgia alongside the two senators. The president repeated his allegations that Biden's victory in Georgia and nationally were due to fraud.

While Loeffler dodged inquiries about Trump's defeat, Warnock avoided saying whether he'd support expanding the Supreme Court, a priority for some progressives. He said he was more interested in coronavirus pandemic relief, but never answered explicitly whether he was opposed to adding justices.

On the coronavirus, the rivals confirmed their confidence in a vaccine and said they'd take it. But they drew contrasts on another economic aid package. Warnock highlighted Loeffler's criticisms earlier this year of some congressional aid. Loeffler blamed Democratic leaders for Congress' failure to pass a new round of assistance this fall.

The runoffs, necessary because none of the candidates received a majority of votes in November, have put Georgia squarely in the national political spotlight. Both major parties and activist groups are plowing tens of millions of dollars into the state, along with a flood of field workers and volunteers from around the country.

Vice President Mike Pence campaigned in the state last week, as former President Barack Obama headlined a virtual rally for Democrats. Biden, the first Democratic presidential candidate to win Georgia since 1992, has promised to visit before the runoff, acknowledging that the outcome will shape the legislative reach of his presidency.

Before the prime-time matchup, Ossoff debated an empty podium, blistering Perdue as a "coward" for skipping the debate.

Ossoff suggested Perdue, whose prolific stock trading has drawn attention during the pandemic, declined to debate because he didn't want to "incriminate himself" over his personal financial activities that the challenger summed up as "cartoonish abuse of power."

"It shows an astonishing arrogance and sense of entitlement for Georgia's senior U.S. senator to believe he shouldn't have to debate at a moment like this in our history," Ossoff said.

Perdue's campaign manager responded with an email statement that said Ossoff "lost a debate against himself." The statement did not address any details of Ossoff's attacks on the senator. Another Perdue aide followed up with a statement emphasizing that "the bipartisan Senate Ethics Committee, DOJ and the SEC ... independently cleared Sen. Perdue of any and all wrongdoing."

The Associated Press and other media have reported details of key trades Perdue made after members of Congress began receiving classified briefings about covid-19 but while Perdue and other officials were downplaying its dangers in public. Perdue's trades also involved companies whose business activities fall under jurisdiction of some of the senator's committees.

Ossoff brushed aside a moderator's reminder that authorities have not found any legal wrongdoing on Perdue's part. "His blatant abuse of his power and privilege to enrich himself is disgraceful," Ossoff said. "He can't defend the indefensible. ... The standard for our elected officials must be higher than merely evading prosecution." 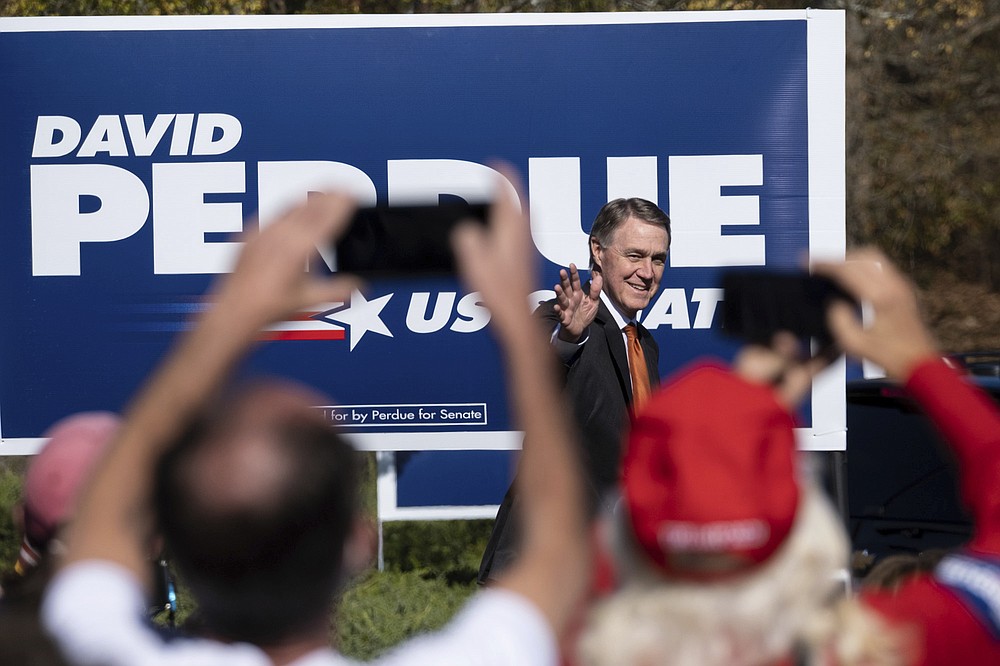 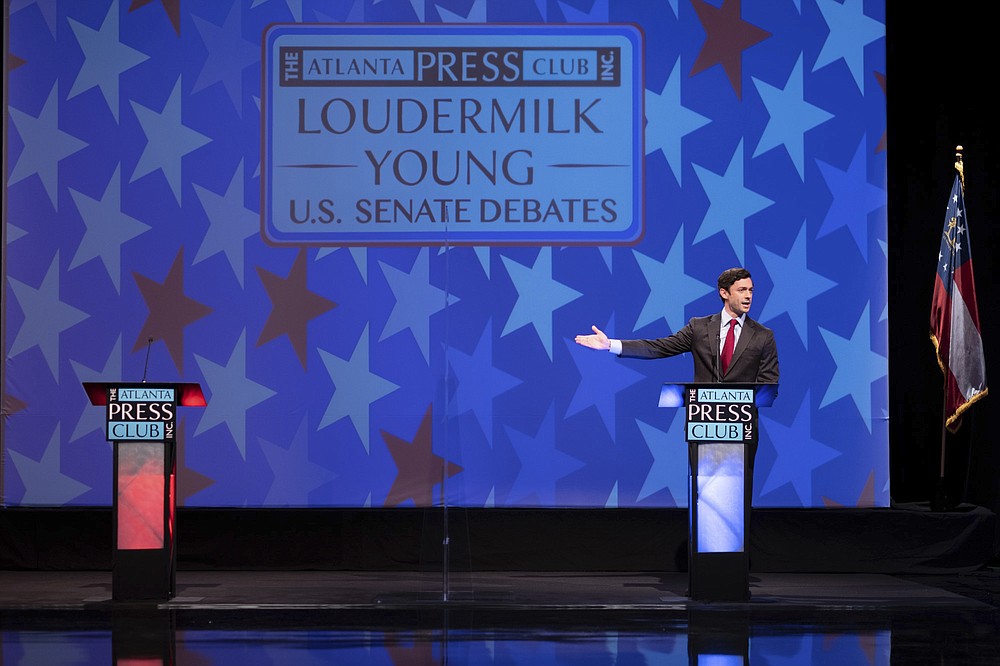 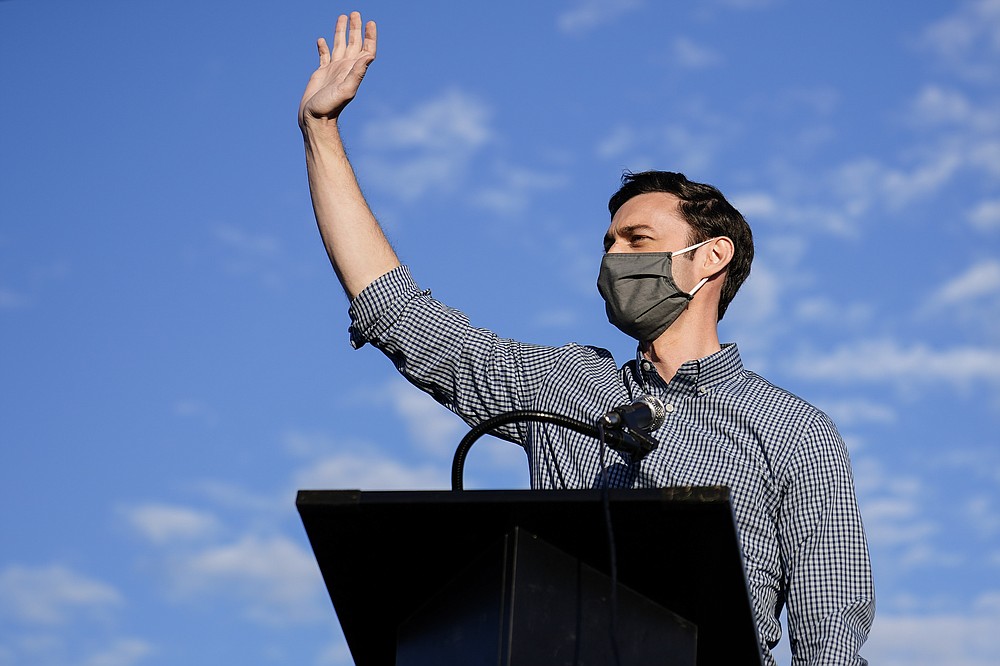 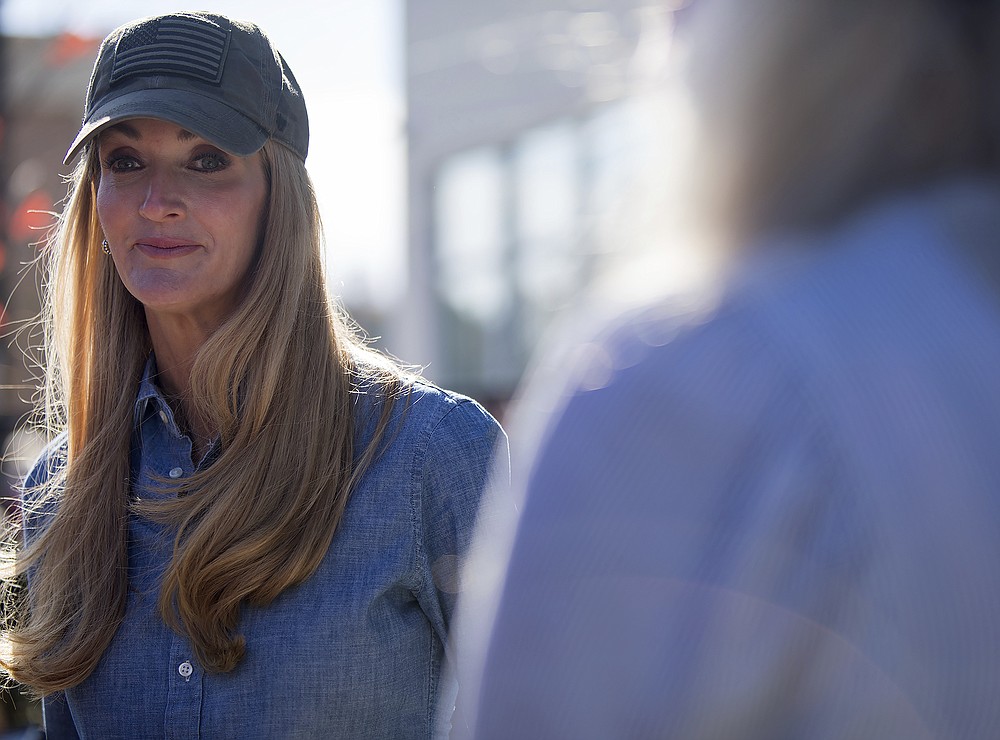 Georgia Senator Kelly Loeffler speaks to the media during a campaign rally to gain North Georgia voters' support ahead of the January 5th runoff election for Senator at the Springhill Suites on Saturday, Nov. 28, 2020 in Ringgold, Ga. (Troy Stolt/Chattanooga Times Free Press via AP) 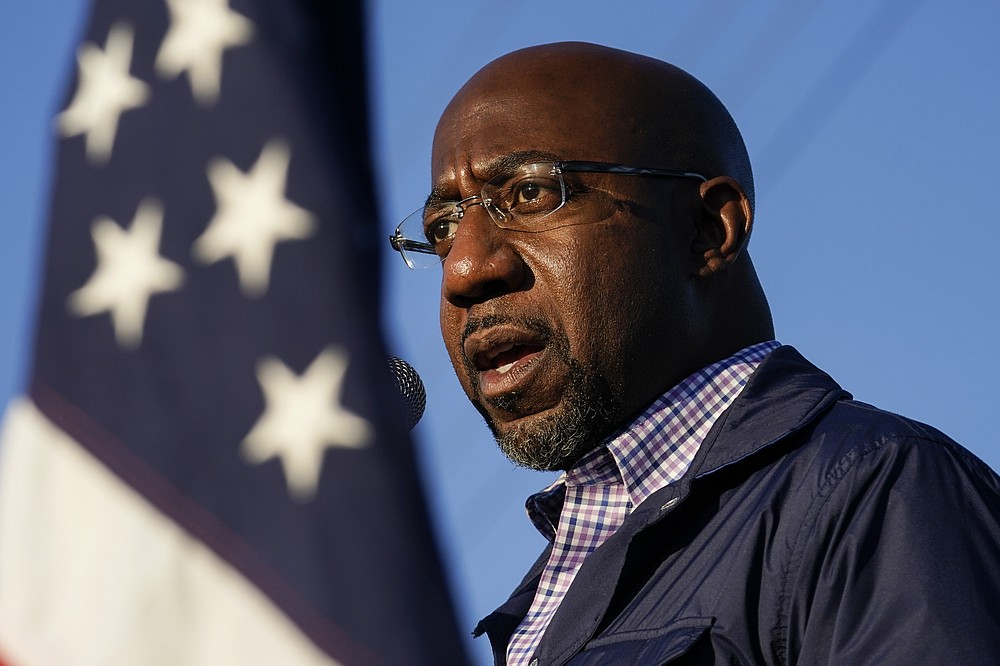 Raphael Warnock, a Democratic candidate for the U.S. Senate, speaks during a campaign rally on Sunday, Nov. 15, 2020, in Marietta, Ga. Warnock and U.S. Sen. Kelly Loeffler are in a runoff election for the Senate seat. (AP Photo/Brynn Anderson)
ADVERTISEMENT