OPINION | SAVE YOURSELF: Charity is a sound investment in others -- and yourself 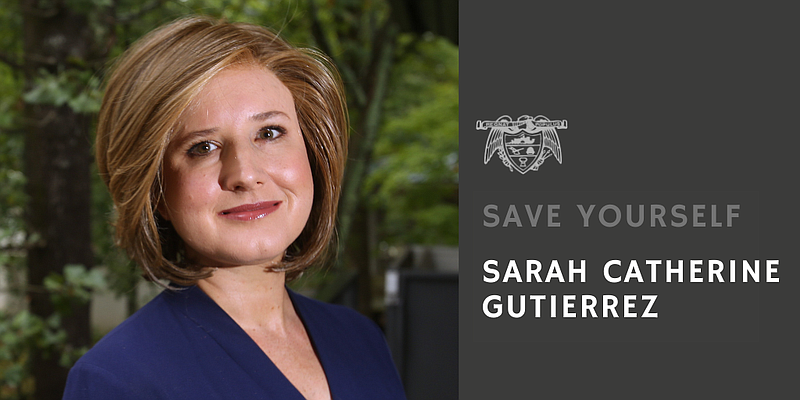 The Rev. Mary Vano, rector of St. Margaret's Episcopal Church, asked me to be on her podcast, "J.O.Y.," a couple months ago to talk about charitable giving.

I reluctantly agreed. Isn't giving a personal decision, I thought? But she convinced me that it needed to be talked about openly, and none too soon.

Folks, as a Certified Financial Planner I can tell you there is little financial benefit to you when you give to charity. (Maybe a small benefit to those who can deduct donations on their taxes.) Otherwise, you had money in an account, you wrote a check, and then you had less money. It's as simple as that.

My husband, Jorge, met Chad and Melissa Dennis eight years ago playing on the same soccer team. One day they invited us over to their house for spaghetti night, and when it was time to drain the pasta, they pulled out a plastic colander held together with duct tape.

We talked about that used colander a lot -- a metaphor for getting the maximum use out of our possessions. Sure, a colander can cost $10, but their colander still worked. Why spend $10?

It made a lot of sense. Chad had started a fledgling landscaping business, Solid Ground Lawn and Landscaping. They had just had a baby. Melissa was a stay-at-home mom who would keep the books for the business in those early years of their marriage.

[Video not showing up above? Click here to watch » https://www.youtube.com/watch?v=eUmuNG6vS1w]

Anyone who starts a business understands all the ways $10 can be used and is loath to waste it.

Over the years, we would drive through our neighborhood and see the growth in their business evidenced by the new Solid Ground trucks and the multiple crews around town. Nearly every time there was a spotting, Jorge would remark with admiration, "Remember that colander?"

But there is so much more to Chad and Melissa's story. I called them recently to talk about their business growth and those early years of frugality. I wasn't surprised to learn that there was one area in their life that was the opposite of frugality: tithing and charitable giving. Before anything is spent, from the mortgage to the grocery store run, they take 10% off the top to give to their church. And on top of that they also give to charity.

I asked them if they were tithing and giving eight years ago when they were taping up the colander. Yes, they both said.

While tithing to their church, Summit Church, was nonnegotiable, initially Chad sometimes did wonder about the additional generosity that Melissa encouraged. They are expecting their sixth baby right now, and they could always use more money for their growing family or for new equipment for the business. But over time, Chad noticed his feelings on the generosity decisions were stronger than his feelings regarding success or material wealth. He felt a sense of purpose.

Did they have credit card debt? Surely all that generosity would lead to it. "No!" they both said. Melissa keeps a meticulous budget, and they lived within their means, whatever those means were after they gave.

On the "J.O.Y." podcast, the Rev. Vano openly discussed her family's financial journey. She talked about tithing, but said that in their early years of marriage it had caused budget strain. It was only once they'd adopted a cash-flow system where they tithed first and then managed the rest within their means that they observed themselves enjoying the peace of living a simpler life. Buying less brought them joy.

Vano and I discussed a millennial movement called JOMO, the "Joy of Missing Out," a play on FOMO, the "Fear of Missing Out." It calls attention to the "Keeping up with the Joneses" effect, a kind of arms race to buy the newest car or toy in the neighborhood. We know money spent on physical items doesn't bring long-term joy. So the JOMO movement is about not buying those things and instead finding greater purpose, greater joy in life experiences, greater satisfaction in saving for the future, and, yes, in generosity.

This week a friend, Charlotte Brown, sent an urgent message relaying reports from the front lines of those most affected by the covid-19 recession -- people hard-hit financially by losing jobs from the hospitality industry and retail or folks who couldn't work for health reasons. Many of our sisters and brothers in Arkansas don't have enough money to buy food for themselves and their kids. My friend started driving around town picking up checks to deliver to food charities.

This year I wonder if we could urgently find more JOMO in our life and less FOMO. Let's take care of our neighbors who are struggling. So many have few options left.

Gifting will not give us a financial rate of return. But gifting combined with a strong cash-management system can provide us with peace of mind, helpfulness toward others, and joy in simplicity.