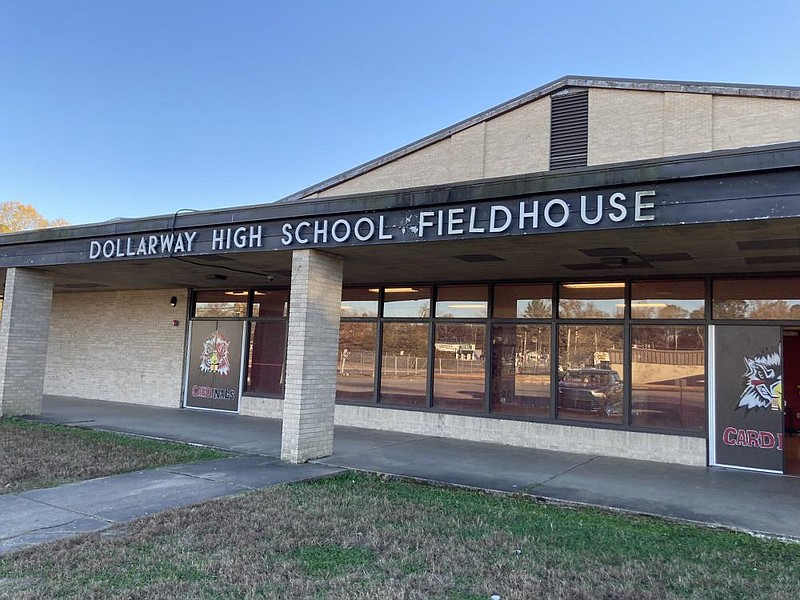 The Dollarway High School Fieldhouse is shown in this undated photo.

The board vote comes five years after the 920-student Dollarway School District was taken over by the state for academic problems and later for fiscal distress issues.

Arkansas Education Secretary Johnny Key said Thursday that while progress has been made in the district's academic program, it has not yet reached a level where it can be sustained without state help. The district's financial situation is not stable as the result of year-to-year declining enrollment, he said.

Additionally, the state Elementary and Secondary Education Division will establish a transition committee with personnel from both the receiving Pine Bluff district and the affected Dollarway district to provide feedback and assist in communication efforts to the employees and community.