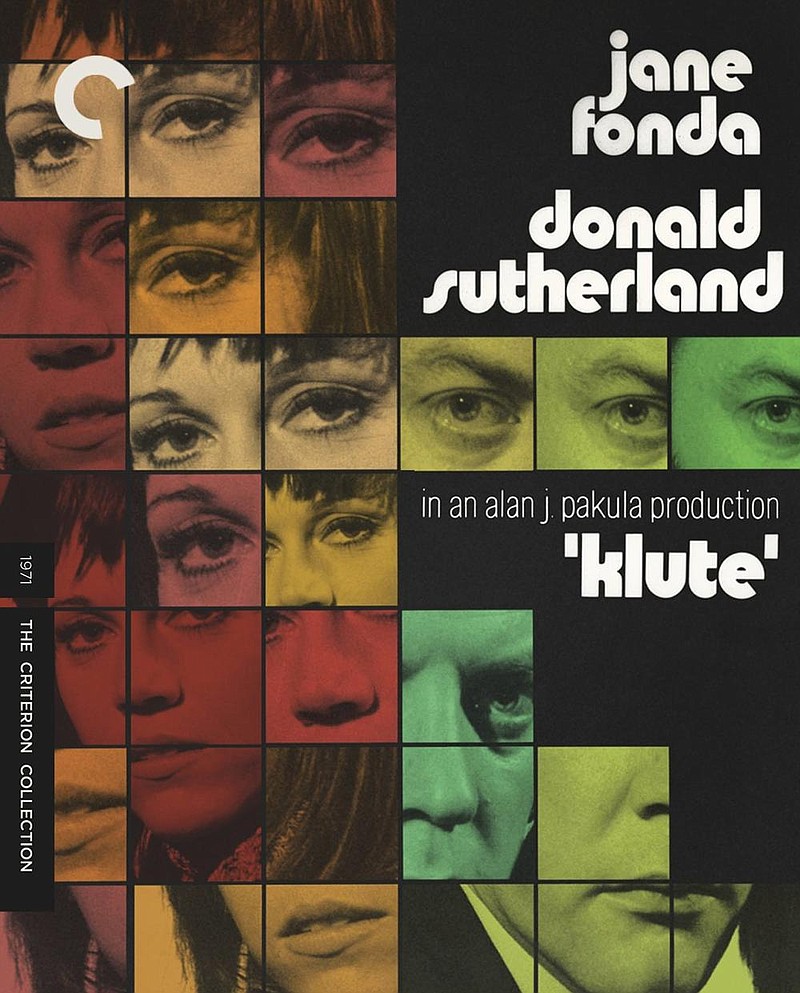 Watching this 1971 film, it has all the time capsule elements of early '70s New York you would expect -- garbage everywhere, grungy payphones, large but inhospitable apartments -- but many other elements that in a modern context are beyond troubling. Alan J. Pakula's film concerns a country-boy private detective, the titular Klute (Donald Sutherland), who goes to New York to investigate the disappearance of his good friend Tom Gruneman (Robert Milli) by first approaching the call girl, Bree Daniels (Jane Fonda), to whom Tom was supposedly writing horrific and violent letters before his disappearance.

Bree, who lived a "Park Avenue life" in her chosen occupation before a recent arrest, is living in a scruffy Hell's Kitchen apartment with a large skylight (through which Pakula, and DP Gordon Willis, torture the viewer repeatedly with anxiety-provoking overhead shots), going to modeling/acting auditions in-between the occasional Johns. As Pakula takes great pains to point out, she is observed on a multi-layered, meta-contextual basis: First, by the creep who actually wrote her the letters (we are to understand); then, by Klute, who spends his first few days in New York more or less stalking her every move and tapping her phone; and, finally, by the audience, whom Pakula enlists via frequent POV shots of Bree in various degrees of both physical and emotional vulnerability -- as a device that has become a near-cliche unto itself, we are privy to Bree's session with her therapist, as she describes her love of the control she feels as a call girl. While the film is accomplished, and stylistically adventurous -- Willis has a penchant for obscuring his frames, layering them through glass, fences, and other objects so the subject of his lens takes on a sort of abstract, hard to decipher countenance.

Klute is nearly a cipher himself. Sutherland plays him as almost entirely affectless, an unemotional sentry, who first tasks Bree with his investigation, but then, as his lover. He protects her plenty but doesn't offer much in the way of emotional intimacy, which leaves Bree to fend for these new-found feelings of actually caring about a man to herself. As Bree says of him, "You're very square, Cookie." So square that the man wears a pajama set to bed, and willingly eats meals of hard-boiled eggs by themselves, but, somehow, as is so often the case in such films, the chemistry works for the pair, and Bree happily goes off with her man, possibly to his hometown in rural Pennsylvania, as if he's exactly whom she'd been waiting for all along.

Fonda, who won one of her two Best Actress awards (the other for Coming Home), was even then onto the dubious message the film offered to women, suggesting that the concept that all a woman needed was a "good shrink and a good guy" to make her life complete was hardly true. Still, the film is meticulously made, offering a swirl of tension -- aided in this by Michael Small's haunting score -- and Fonda is indeed fantastic, even if the role she's playing happens to be a Hollywood staple of outdated moors.

Disc Extras: This 4K edition is loaded with goodies, including multiple interviews, new and archival, a couple of docs about the film's conception and shooting production, and an excellent essay by critic Mark Harris.