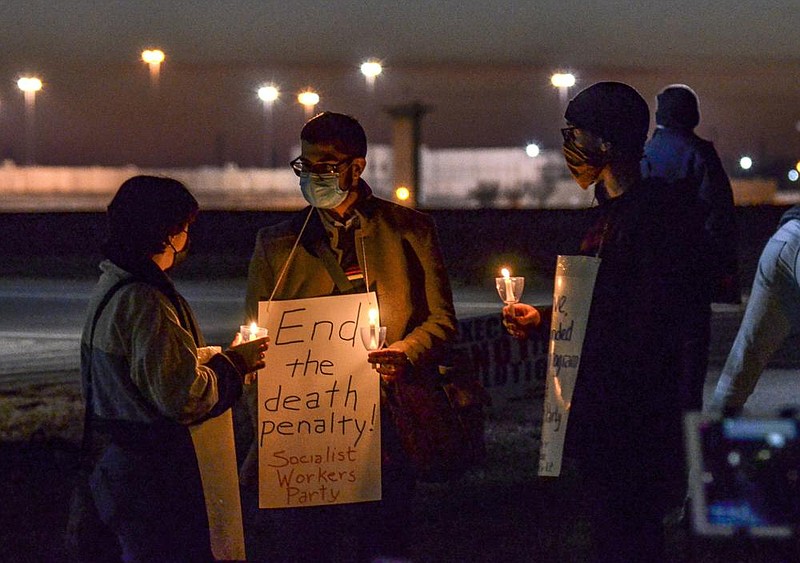 Gabby Prosser (left) and Nick Neeser (right) from Minneapolis talk with Samir Hazboun from Louisville, Ky., during a protest Thursday against the execution of Brandon Bernard in Terre Haute, Ind. (AP/The Tribune-Star/Austen Leake)

TERRE HAUTE, Ind. -- The Trump administration continued its series of postelection federal executions Friday by putting to death a Louisiana truck driver who severely abused his 2-year-old daughter for weeks in 2002, then killed her by slamming her head against a truck's windows and dashboard.

Alfred Bourgeois, 56, was pronounced dead at 8:21 p.m. Eastern Standard Time after receiving a lethal injection at the federal prison in Terre Haute.

His lawyers argued Bourgeois had an IQ that put him in the intellectually disabled category, saying that should have made him ineligible for the death penalty under federal law. Victor Abreu said it was "shameful" to execute his client "without fair consideration of his intellectual disability."

In his last words, Bourgeois offered no apology and instead struck a deeply defiant tone, insisting that he neither killed nor sexually abused his baby girl: "I ask God to forgive all those who plotted and schemed against me and planted false evidence." And he added: "I did not commit this crime."

Bourgeois was the 10th federal death-row inmate put to death since federal executions resumed under President Donald Trump in July after a 17-year hiatus. He was the second federal prisoner executed this week, with three more executions planned in January.

[Video not showing up above? Click here to watch » https://www.youtube.com/watch?v=Ixglj-noGJQ]

The last time the number of civilians executed federally was in the double digits in a year was under President Grover Cleveland, with 14 in 1896.

The series of executions under Trump since Election Day, the first in late November, is also the first time in more than 130 years that federal executions have occurred during a lame-duck period.

Bourgeois' lawyers contend that the apparent hurry by Trump to get executions in before the Jan. 20 inauguration of death-penalty foe Joe Biden has deprived their client his rights to exhaust his legal options.

The Justice Department gave Bourgeois just 21 days notice he was to be executed under protocols that slashed the required notice period from 90 days, said Shawn Nolan, one of his lawyers.

"It is remarkable. To rush these executions during the pandemic and everything else, makes absolutely no sense," he said.

Several appeals courts have concluded that neither evidence nor criminal law on intellectual disability support the claims by Bourgeois' legal team.

On Thursday, Brandon Bernard was put to death for his part in a 1999 killing of a religious couple from Iowa after he and other teenage members of a gang abducted and robbed Todd and Stacie Bagley in Texas. Bernard, who was 18 at the time of the killings, was a rare execution of a person who was in his teens when his crime was committed.

In Bourgeois' case, the crimes stand out as particularly brutal because they involved his young daughter.

According to court filings, he gained temporary custody of the child, referred to in court papers only as "JG," after a 2002 paternity suit from a Texas woman. Bourgeois was living in Louisiana with his wife and their two children.

Over the next month, Bourgeois whipped the girl with an electrical cord, burned her feet with a cigarette lighter and hit her in the head with a plastic baseball bat so hard that her head swelled -- then refused to seek medical treatment for her, court documents say. Prosecutors also said he sexually abused her.

Her toilet training enraged Bourgeois and he would sometimes force her to sleep on a training toilet.

It was during a trucking run to Corpus Christi, Texas, that he ended up killing the toddler. Again angered by her toilet training, he grabbed her inside the truck by her shoulders and slammed her head on the windows and dashboard four times, court filings say.

When the girl lost consciousness, Bourgeois' wife pleaded for him to get help, and he told her to tell first responders that she was hurt falling from the truck. She died the next day in a hospital of brain injuries.

After his 2004 conviction, a judge rejected claims stemming from his alleged intellectual disability. 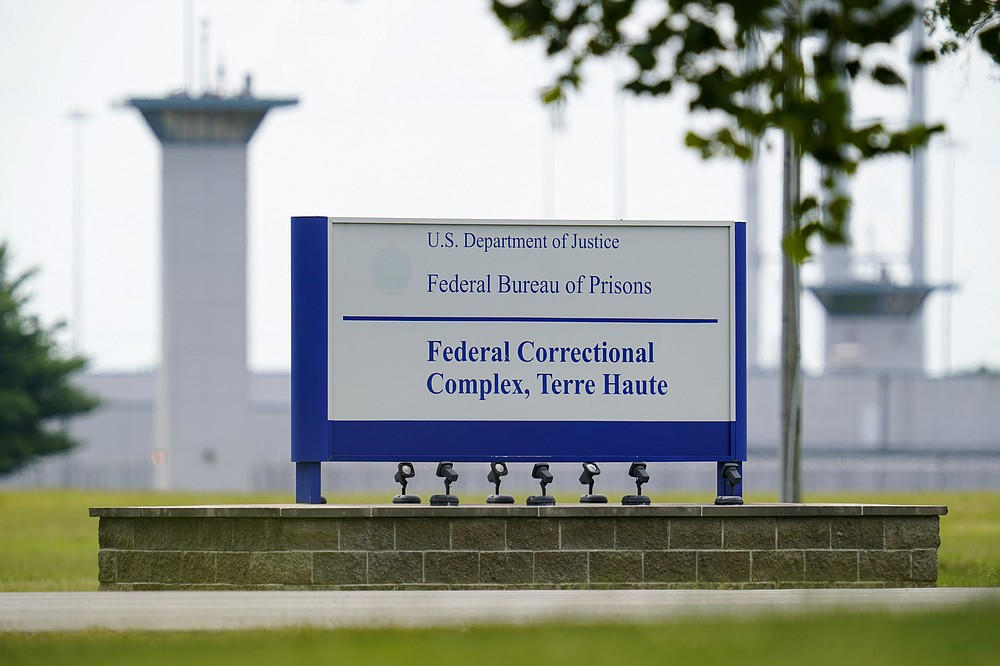 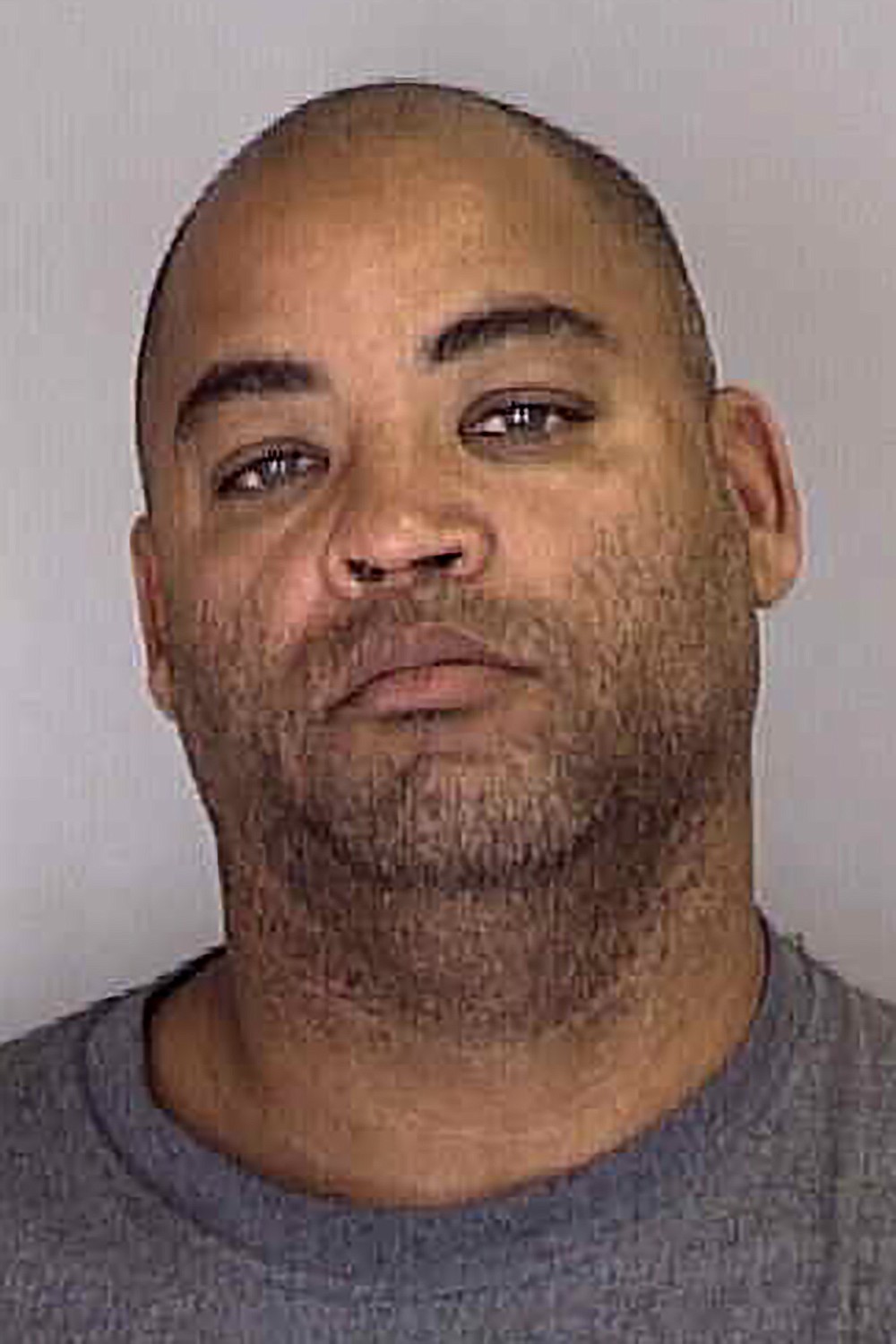 This June 27, 2020 photo provided by Nueces County Sheriff's Office in Corpus Christi, Texas, shows Alfred Bourgeois. The Trump administration plans to continue its unprecedented series of post-election federal executions Friday, Dec. 11, 2020, by putting to death Bourgeois, a Louisiana truck driver who severely abused his 2-year-old daughter for weeks in 2002, then killed her by slamming her head against a truck's windows and dashboard. (Nueces County Sheriff's Office via AP)
ADVERTISEMENT