UA-UCA: 73 years in the making 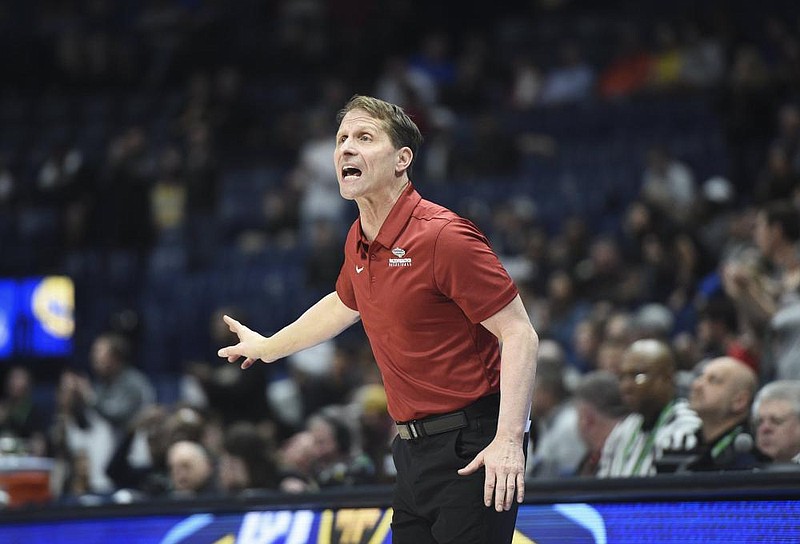 Arkansas Coach Eric Musselman said the Razorbacks playing Central Arkansas today in their first regular-season matchup against an in-state opponent since 1950 is a plus for both programs. “I understand the importance and the excitement of a game like this,” he said. (NWA Democrat-Gazette/Charlie Kaijo)

FAYETTEVILLE -- For the first time in 70 years, the University of Arkansas men's basketball team is playing an in-state opponent in a regular-season game.

The University of Central Arkansas (0-3) takes on Arkansas (5-0) at 7 tonight in Walton Arena as the first scheduled in-state opponent for the Razorbacks since they beat Arkansas Tech University 50-45 on Nov. 28, 1950, at the Men's Gymnasium -- where the UA played home games from 1937-55.

Arkansas' last basketball game against an in-state opponent was a 67-64 overtime victory over Arkansas State University at Barnhill Arena in the 1987 NIT. That game was arranged by the NIT, not scheduled by Arkansas.

UCA is playing Arkansas for the seventh time but the first time since the Razorbacks beat the Bears 59-39 on Feb. 1, 1947, to improve to 6-0 in the series.

"I think playing this game is really big for our state," UCA Coach Anthony Boone said. "Obviously, Arkansas has a great program, but basketball in the state of Arkansas is going to be the main focus."

"I read everything and listen as much as I can," Musselman said of historical significance of playing UCA. "I understand the importance and the excitement of a game like this."

In the last two years under Athletic Director Hunter Yurachek, Arkansas gradually eased its long-time policy of not scheduling in-state schools in any sports.

"I think it's great," Musselman said. "It's good for UCA, too. It's easier travel on them.

"It's good for their brand. It's good for our brand. I don't see any negatives at all. I think it's a really positive thing for the fans and both programs.

Boone, who as an Ole Miss player was 4-4 against Arkansas in games from the 1994-95 through 1997-98 seasons, said he's appreciative of Arkansas for scheduling UCA.

"Our guys are really excited about this game," Boone said. "Our campus is excited, and so is our entire community in Conway,

"I'm thankful that we have this opportunity. We're certainly glad that Coach Muss agreed to play us up there."

"It's going to be mad cool because a lot of guys in state want to play UALR, UCA, A-State," said Sills, one of seven UA scholarship players from Arkansas. "We always wanted that because I feel like it's going to get Arkansas a lot of attention and we'll see who the best in Arkansas is."

After UCA had its first four games canceled or postponed because of covid-19 issues involving the other teams, the Bears are playing their fourth game.

"They'e a good team," Musselman said. "They really are. They have an identity."

The Bears' identity is to play man-to-man defense and be uptempo on offense.

"Transition defense is going to be paramount," Musselman said. "Because 54% of their shots come within the first 12 seconds after a made basket.

"Usually teams run after a miss. They're running after made baskets. So our transition from offense to defense, there's going to have to be no lag time."

UALR Coach Darrell Walker said he was impressed by the Bears.

"They're a solid basketball team," Walker said. "They're a lot better team than they were last year when we played them.

"They've got some skilled guys. They can shoot the ball pretty well. They pass the ball, they share it.

"The game we played against them could have gone either way."

UCA senior guard Rylan Bergersen is averaging 17.2 points and has hit 6 of 11 three-pointers.

"Rylan's shooting the ball well and scoring in transition," Boone said. "He's always giving maximum effort. He's a guy we point to for the other guys about how to play, because his motor is always revved up."

"Deandre's real steady and shoots the ball well, which helps with him being able to drive and set people up," Boone said. "It's hard to guard him because as soon as people get on him, he can go around them, and he usually makes pretty good decisions."

The Razorbacks are holding opponents to 32.0% shooting and have a +14.2 average rebounding margin.

"Arkansas is really good, and those guys play really hard," Boone said. "They're very explosive. They can look OK at times and then they might rattle off 10, 12, 14 straight points on you.

"They're very tenacious and assault the glass. This is going to be a really tough game."

CHALK TALK Arkansas and UCA are meeting for the first time since Feb. 1, 1947, when the Razorbacks beat the Bears 59-39 in Fayetteville … Arkansas guards Jalen Tate and JD Notae are closing in on 1,000 career points. Tate, a graduate transfer from Northern Kentucky, has 996 points, 950 with the Norse. Notae, who transferred from Jacksonville (Fla.) University, has 987 points, 929 with the Dolphins … Tate is averaging a team-high 3.4 assists … Notae is averaging 11.6 points off the bench … UCA Coach Anthony Boone was 4-4 against Arkansas as a player at Ole Miss from 1994-95 through 1997-98, including 1-3 at Walton Arena with a 91-74 victory in 1997 … Connor Vanover is averaging 3.6 blocked shots to lead the SEC and rank seventh nationally … UCA is playing its fourth consecutive road game. … UCA guard DeAndre Jones has a school-record 466 assists and is averaging 4.7 this season. He had a season-high 8 assists at Saint Louis … Razorbacks guard Moses Moody has hit 25 of 29 free throws … Bears guard Rylan Bergersen scored 22 points at Memphis … UCA guard Collin Cooper from Fayetteville is out after undergoing ankle surgery … Arkansas had been scheduled to play Oklahoma today in Tulsa, but that series was moved back a year … Arkansas added UCA to its schedule after the NCAA announced it was reducing teams’ regular-season games to a maximum of 27 and pushing the start of the season back to Nov. 25. 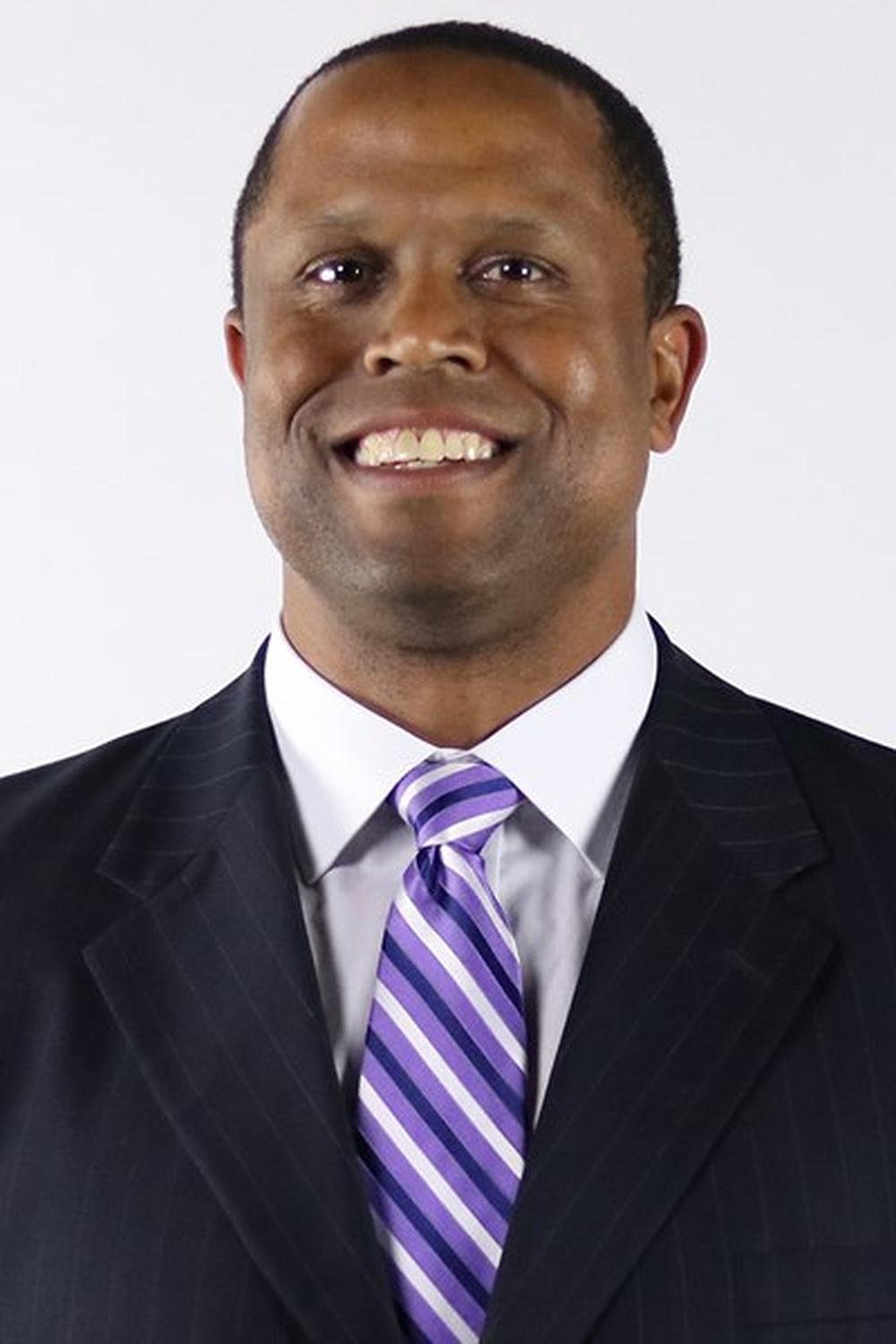 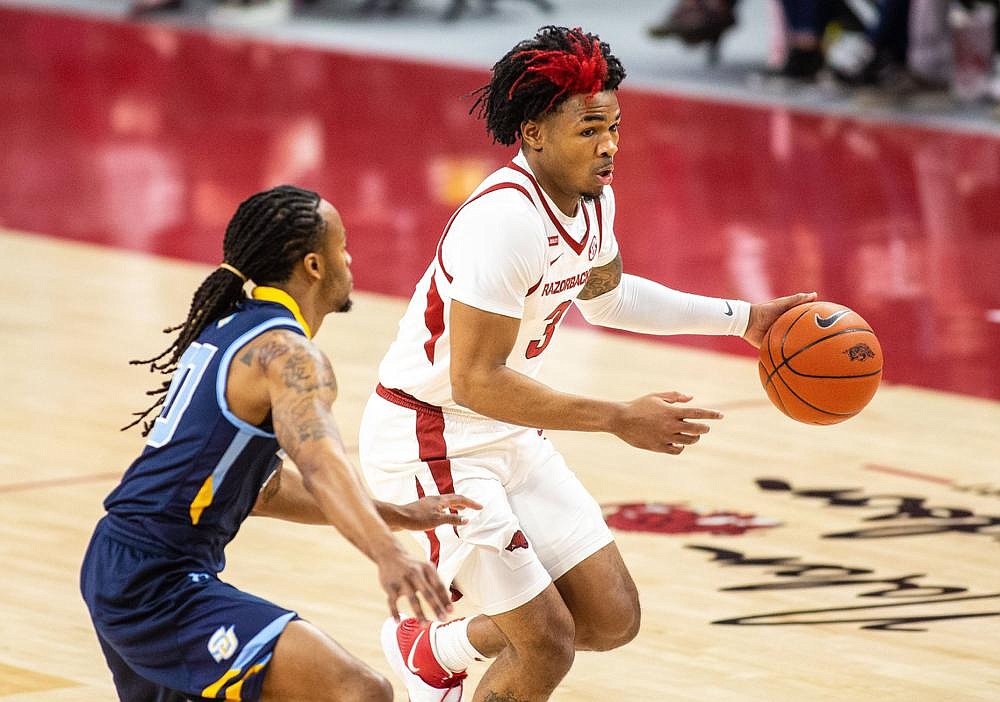 Guard Desi Sills (right), a junior from Jonesboro, said he’s glad Arkansas is playing UCA today. “It’s going to be mad cool because a lot of guys in state want to play UALR, UCA, A-State,” Sills said. “We always wanted that because I feel like it’s going to get Arkansas a lot of attention and we’ll see who the best in Arkansas is.” (Special to the NWA Democrat-Gazette/David Beach)
ADVERTISEMENT