A little over a month ago, I was called and asked if I could be the holiday program for the Pulaski County Master Gardeners. This is a program near and dear to my heart--as Master Gardeners, but also a county where I started the program. They wanted something light, but educational with holiday plants, 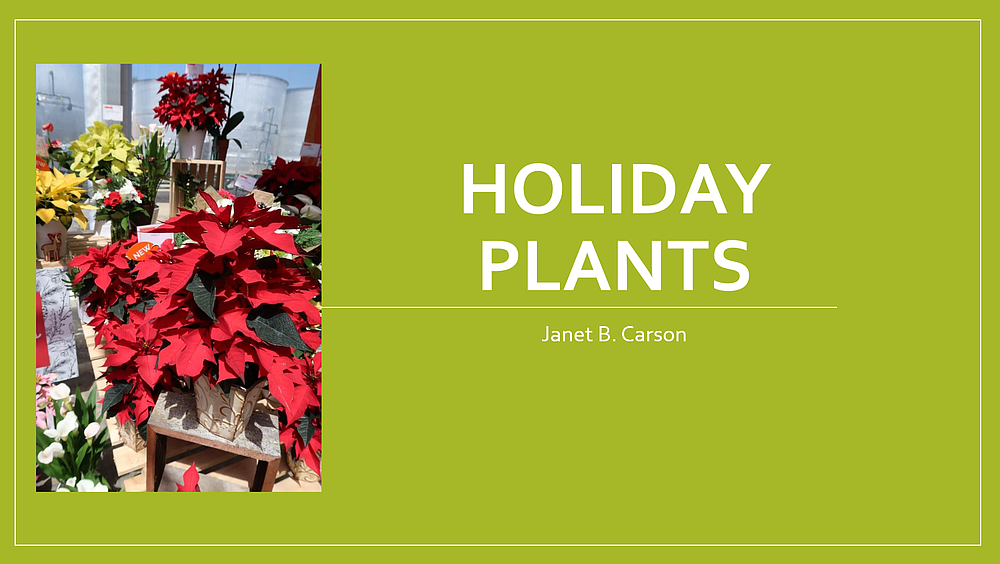 but also something fun. I had thought perhaps of doing a skit or spoof on Randy (the Staff Chair in Pulaski County but also the MG Coordinator) but time was short. We had Thanksgiving and I was going out of town soon after. So instead of a skit, I wrote Randy a song:

Randy had been drinking too much eggnog,

Then he claimed that he was so much younger,

And staggered out to find his brand new truck.

When we found him the next morning

His truck was lying in a ditch

There were hoof marks on his fender

And a rack of antlers sticking on the hitch.

And he is certainly contrite

He is calling all the Master Gardeners

And telling them that Janet’s always right!

That Karma can really be a pain,

With all his flaws we still do love him

And will laugh with him throughout his long, long reign.

I had the help of the program chair to coerce singers, 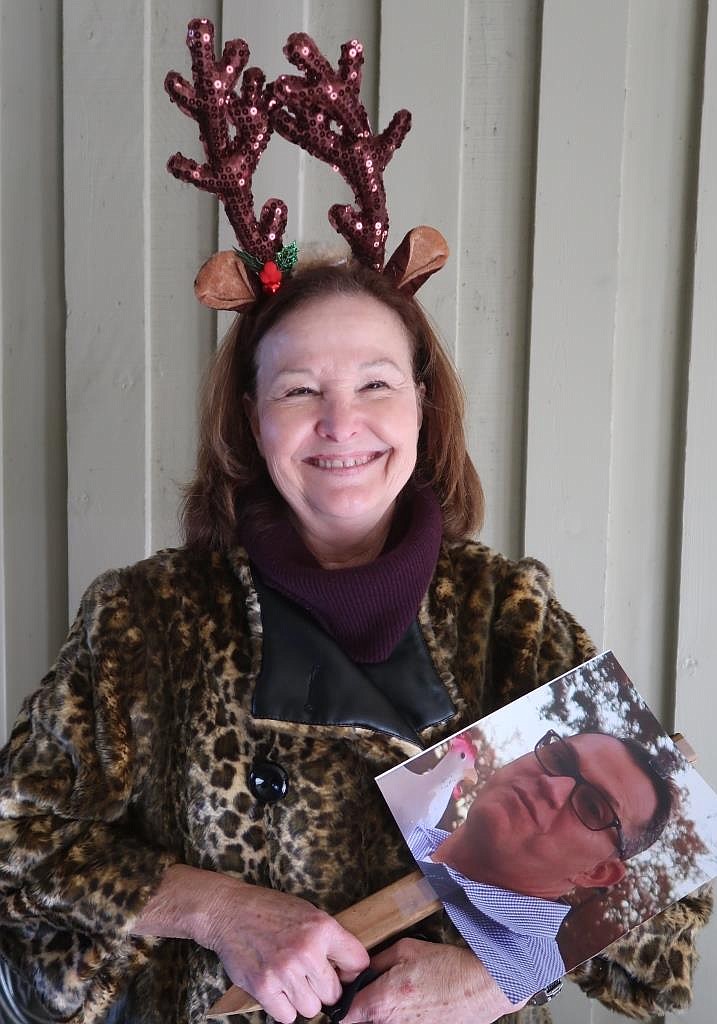 and we met the Monday after Thanksgiving to record.

I wish I could share the link of our recording, but I am afraid that is above my pay grade. (Email me and I can attach!) My beleaguered husband got assigned the task of recording and took his lunch break to do so. We were all having a great time, and he was taking it a tad more serious! The result was hilarious. None of us are great singers, but we had fun and that is what matters. I made face props of Randy from photos I have taken over the years, and we surprised him, and I hope entertained the rest of the group. I have to say, it was the highlight of my week. 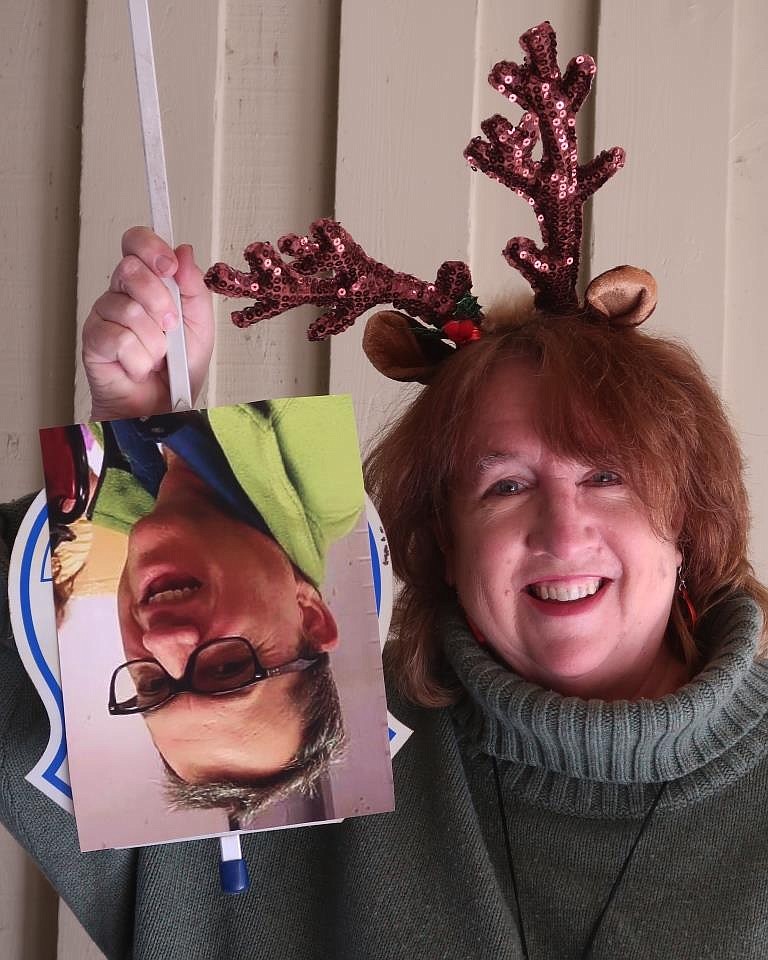 Unfortunately, the song keeps running through my head at all hours!

It was great fun to speak to Master Gardeners again, even if it was via zoom and not in person. I am doing another zoom MG program tomorrow for White County's brown bag lunch series at noon. 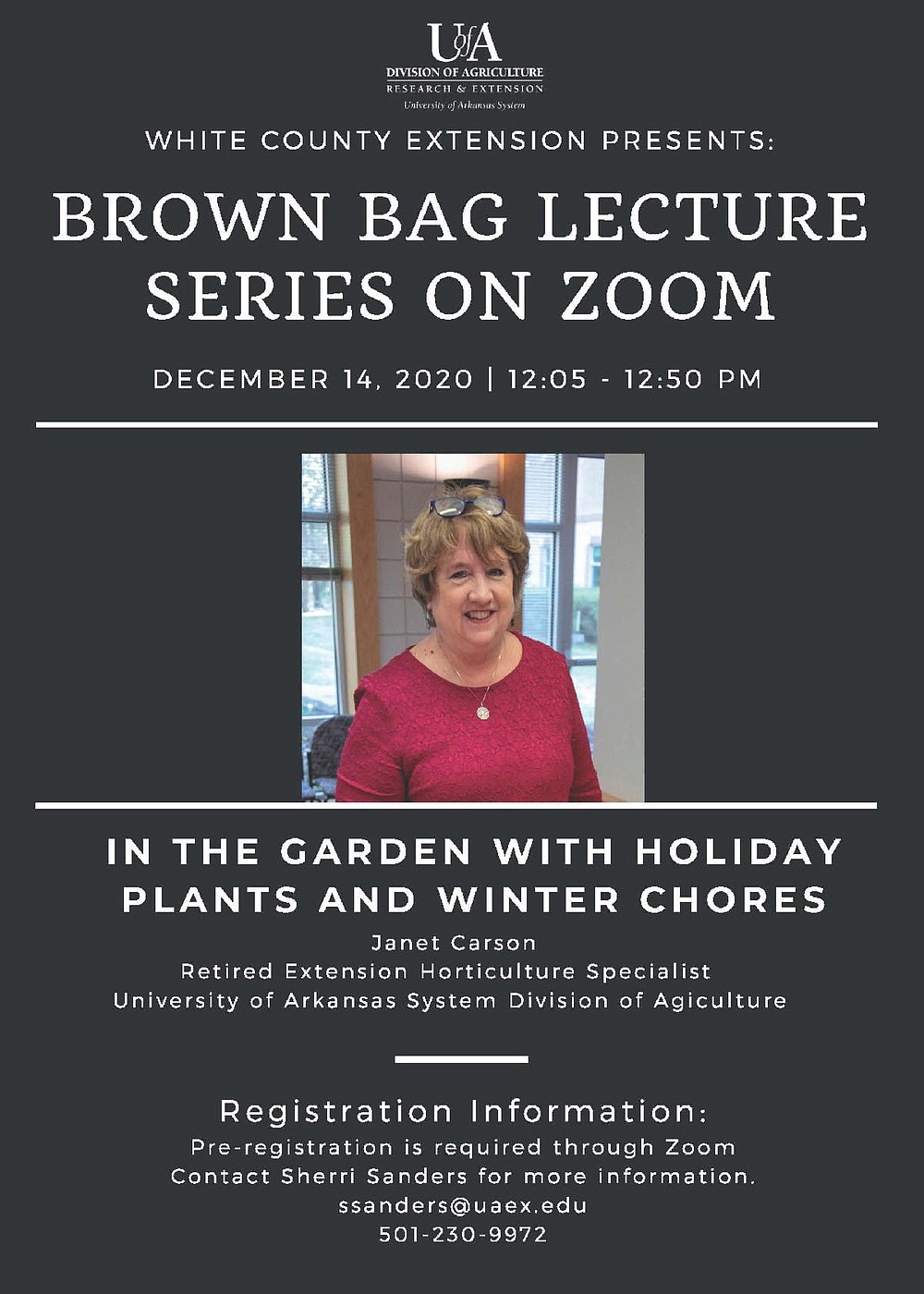 It will be Holiday Plants and Wintertime Gardening Chores. You do need to be pre-registered to attend