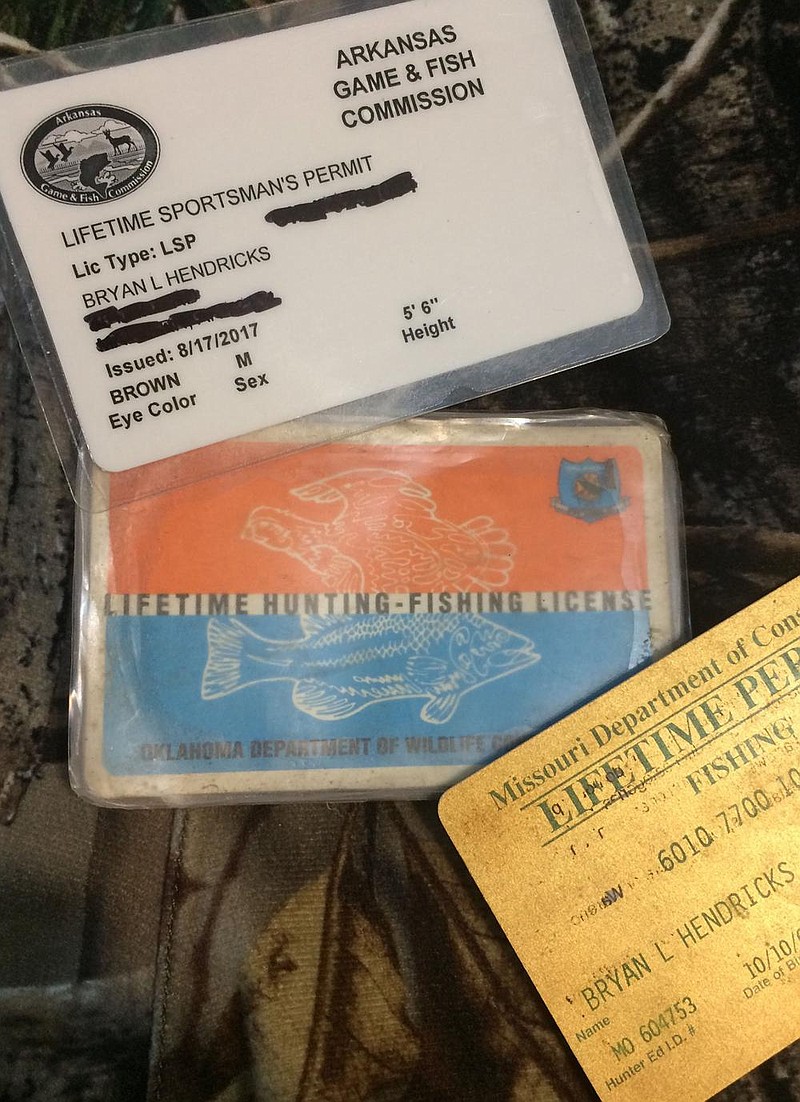 Matthew Farrell of Wichita, Kan., an Arkansas native who holds a Sportsman's Lifetime License issued by the Arkansas Game and Fish Commission, recently learned he is subject to non-resident regulations to hunt ducks at Bayou Meto Wildlife Management Area.

In September, the Game and Fish Commission informed Lifetime Sportsman's Permit holders living out of state that the commission regards them as non-residents relative to hunting ducks at state-owned wildlife management areas. This includes being limited to hunting only 30 days on WMAs, and being limited to hunting only specific 10-day blocks in each segment. They must also buy non-resident 5-Day WMA Waterfowl Hunting Permits.

The policy erases a decades-long understanding that lifetime license holders retain unlimited resident hunting privileges if they move out of state. Jim Goodhart, the Game and Fish Commission's chief legal counsel, said that non-residents who hold lifetime sportsman's permits retain lifetime resident hunting privileges except for hunting ducks on wildlife management areas. They are limited to 30 days of hunting on WMAs, and they must buy individual non-resident 5-Day WMA Waterfowl Hunting Permits ($30.50) to do so.

Two Arkansas natives who live out of state, William Brockway and Jim Dodd Jr., asked the commission via remote video to reinstate the full resident duck hunting privileges that they believe their Lifetime Sportsman's Permit convey.

Brockway, a Beebe native, graduated from Arkansas State University and studied at the University of Arkansas for Medical Sciences. He is currently practicing in Texas. Brockway said he bought a lifetime license in March 2019 assuming the license entitles him to hunt ducks on public land as an Arkansas resident.

"I bought the license because I have a lot of faith in the Arkansas Game and Fish Commission," Brockway said. "I believe in conservation, and I love to duck hunt. My request is that the commission make changes so that lifetime license holders that do not currently live in Arkansas have what the license says they have."

Dodd, who also lives in Texas, said he has hunted in Bayou Meto Wildlife Management Area for 40 years.

"When commissions and governments sell a permit for $1,000 and say you can come back to Arkansas and hunt, that's what I fully expected I was getting," Dodd said. "That right was taken away from me. I was misled. If I knew there was going to start being stipulations put on this license, I might have had to review whether I was going to purchase this license. At least grandfather us in."

Goodhart said that two items in the Arkansas Wildlife Code necessitate and justify the policy. The first is Section 24.09, Sub-Sect. A, which says: "It is unlawful for any non-resident hunter who does not possess a valid Non-Resident WMA Waterfowl Hunting Permit to take or attempt to take waterfowl during regular duck season on any WMA."

"Code 24.09 has no exceptions for former residents who had, during the period of their Arkansas residency, purchased either an annual or lifetime resident hunting and fishing license," Goodhart wrote in a letter of clarification. "Absent a code specific code exception, all ... license holders, lifetime or otherwise, must must follow and abide by the rules and regulations allowed by their residency status.

Goodhart said exceptions would not be necessary if a lifetime license conveyed permanent resident status.

There is a back story to Goodhart's logic. There are 1,700 Lifetime Sportsman's Permit holders living out of state. When the Game and Fish Commission enacted its new non-resident duck hunting regulations for WMAs in 2018, some non-residents established minimum residency requirements in Arkansas, which enabled them to buy Lifetime Sportsman's Licenses. They established mailing addresses and utility services and obtained Arkansas driver's licenses. After obtaining lifetime licenses, they reacquired drivers licenses from their home states and deactivated their Arkansas addresses without having actually ever lived in Arkansas. The new policy prevents those people from exercising a major benefit from fraudulently obtained licenses.

Commissioner Bobby Martin acknowledged that situation Thursday when he said, "Clearly we know what drove this. Hopefully we can work out a good compromise."

A former Game and Fish director who wished to remain anonymous said the policy punishes honest Arkansans for the commission failing to perform its own due diligence. He said the commission can easily determine whether an individual applying for a Lifetime Sportsman's Permit is eligible to receive it. The commission doesn't sell many of the $1,000 lifetime licenses annually, he said, so it would take little effort to determine whether an address listed on an application was a valid address or merely a chicken house or storage shed. "Flipping" a driver's license is easy to track, he added, and would be grounds for citing an individual for fraudulently obtaining a license.

According to one Arkansas jurist who also wished to remain anonymous, the policy might clash with the Constitution's "Savings" Clause, which prevents the government from creating ex post facto laws. Such laws punish actions that were previously legal. Matthew Farrell received his lifetime license as a gift. He has lived out of state for 18 years. The family owns property adjacent to a wildlife management area, and Farrell hunts annually on public land with his family. He said AGFC wildlife officers have checked him at least a dozen times, mostly at Bayou Meto WMA.

"The most recent was last duck season," Farrell wrote in an email. "As always, I presented my Lifetime License and the Game Warden immediately said, 'Oh, you have one of those, you're good.' "

Furthermore, Farrell said wildlife officers have never requested any other documentation after seeing his lifetime license and federal duck stamp.

"Not a Hunter's Ed [card], not a Sweet 16 [permit], not a WMA permit, nothing," Farrell wrote. "I have always had everything required but they seem to understand (like I do) that it is all included when you have a lifetime license. In fact, I once had a Game Warden remark, 'We know you will not do anything wrong because you do not want to lose that.' "

Farrell said he hunted ducks, mostly in Bayou Meto WMA, for two decades on a lifetime license without additional burdens or limitations. The new regulation appears to criminalize behavior that was previously legal, but it does not punish it retroactively.