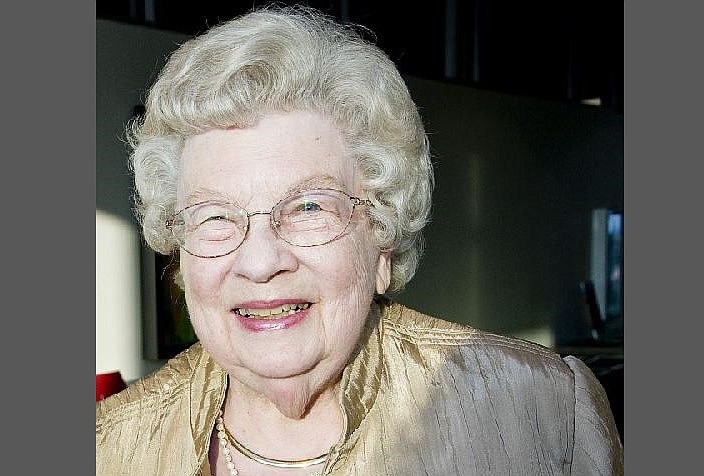 Charlotte Tillar Schexnayder, a former state representative and retired editor/publisher of The Dumas Clarion, died in Little Rock on Friday. She was 96.

In all she did, she broke barriers and opened doors for women, former President Bill Clinton said in an email Sunday.

"Charlotte was an legendary journalist, a devoted public servant, and a wonderful friend. For decades at the Dumas Clarion..., she was a voice of moral courage who also proved the value of quality local news coverage. In her second career in the legislature, she found new ways to fight for the causes she had always cared about and advocated for," Clinton said. "Hillary and I will always be grateful for her unfailing friendship, strong support, and good humor."

She also served as president of the National Federation of Press Women from 1977 to 1979, and of the Arkansas Press Women in 1955.

"I often say Charlotte was a major force in the newspaper industry, but really she was a major force in life," said Ashley Wimberley, executive director of the Arkansas Press Association. "She's always been an encourager, and I will miss receiving her handwritten notes and her support, as I know the countless others she touched will, as well."

In 2019, Schexnayder was inducted into the Arkansas Women's Hall of Fame. Her family said this was special to her; proof that she was leaving behind a legacy.

"She was a huge role model for me. I grew up with the belief that there were no barriers," daughter Sarah Steen said. "She wanted to make sure there weren't barriers for any women in journalism or for anyone of any race."

Schexnayder was born on Christmas Day in Tillar. She graduated from Tillar High School, attended Arkansas A&M College (now the University of Arkansas at Monticello) and the University of Chicago before enrolling at Louisiana State University, where she earned a B.A. in sociology and journalism.

She and her late husband, Melvin Schexnayder, owned the Clarion Publishing Co. for 44 years, until 1996.

From college-age 'Toiling Tilly' to 'Salty Old Editor', Schexnayder was known for her boundless energy and care for others as well as her sense of humor, friends and family said.

In editorials, she took stands on larger issues such as speaking out against Japanese-American internment camps and supporting the desegregation of Central High School in Little Rock, as well as on other economic and development issues in Dumas.

In Dumas, Schexnayder would often ride her bicycle and stop to socialize or recruit people to help with her latest improvement project. She served on multiple town boards and was a founder of the ongoing Dumas summer festival, Ding Dong Days, which was named after a famous song.

"Always a woman of integrity and loved her region and worked hard. She truly had a heart for the people she served. She was an extraordinary journalist," said Michael Jones, Dumas banker and friend of 40 years. "When she talked to you, if there was common ground, she found it. If there was a good deal of common ground, you were family."

With all she accomplished, Schexnayder was most proud of and always made time for her family, son Steve Schexnayder said. Growing up, the children helped out at the paper and all laughed throughout family dinners. She loved to bake and to keep all the grandchildren each summer.

"Generosity really defined her, and Dad," Steen said. "They had a chemistry that's really hard to explain. They were both driven to give back and respect for one another. They never competed for attention. Natural curiosity, and curiosity about people was a common trait."

Schexnayder served in the Arkansas House of Representatives from 1985-1999. She enhanced the state's Freedom of Information Act, and led a bill creating the Arkansas Ethics Commission and one creating sales tax for a research center and endowed chair at UAMS in alcohol abuse prevention.

She continued to fight for the Interstate 69 Great River Bridge to be built to benefit south Arkansas.

"Charlotte was legendary," said Skip Rutherford, dean of the UA Clinton School of Public Service. "In a time when it was largely a 'man's world', Charlotte stood tall."

When once asked how she managed all her different roles over a lifetime, Schexnayder responded, "I've always believed in the people of the Delta and they have believed in me. I've drawn strength from them and my forebears, beginning with my childhood in Tillar. Tiny towns can launch fulfilling and diverse careers such as mine. The seed for the dream was planted in my childhood," according to her 2012 memoir.