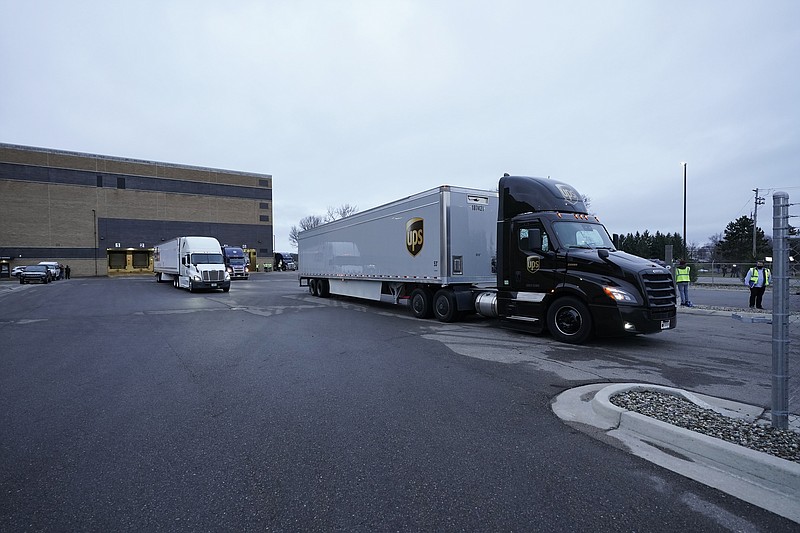 PORTAGE, Mich. -- The first of many freezer-packed covid-19 vaccine vials made their way to distribution sites across the United States on Sunday, as the nation's pandemic deaths approached 300,000.

The rollout of the Pfizer vaccine, the first to be approved by the Food and Drug Administration, ushers in the biggest vaccination effort in U.S. history -- one that health officials hope the American public will embrace, even as some have voiced initial skepticism or worry. Shots are expected to be given to health-care workers and nursing-home residents beginning today.

Additionally, President Donald Trump said Sunday that he was reversing an administration directive to vaccinate top government officials against covid-19 while public distribution of the shot is limited to front-line health workers and people in nursing homes and long-term care facilities.

As the vaccine doses made their way to hospitals Sunday, Centers for Disease Control and Prevention Director Robert Redfield gave the final nod, approving the decision to recommend Pfizer's vaccine for people 16 and older.

Quick transport is key for the vaccine, especially since this one must be stored at extremely low temperatures of about 94 degrees below zero. Early Sunday, workers at Pfizer -- dressed in fluorescent yellow clothing, hard hats and gloves -- wasted no time as they packed vials into boxes. They scanned the packages and then placed them into freezer cases with dry ice. The vaccines were then taken from Pfizer's Portage, Mich., facility to Gerald R. Ford International Airport in Grand Rapids, where the first cargo plane took off amid what airport officials called a "jubilant" mood.

[Video not showing up above? Click here to watch » https://www.youtube.com/watch?v=jbRqGcYYaxw]

"This is a historic day," said Richard Smith, who oversees operations in the Americas for FedEx Express, which is delivering some 630 packages of vaccine to distribution sites across the country. United Parcel Service also is transporting a share of the vaccine.

Tracked with GPS-enabled sensors, the initial shipments were expected to contain about 3 million doses, with many more to come. Federal officials say the first shipments of Pfizer's vaccine will be staggered, arriving in 145 distribution centers today, with another 425 sites getting shipments Tuesday, and the remaining 66 on Wednesday. Doses of the vaccine, co-developed by German partner BioNTech, are given out based on each state's adult population. Then the states decide where they go first.

In California, where health-care workers will be among the first to be vaccinated, state health officials are prioritizing hospitals that have adequate storage capacity, serve high-risk populations and have the ability to vaccinate people quickly.

Initial surveys have found that even some health care workers don't want to be first in line. Dr. Graham Snyder, who's led the vaccine task force at Pennsylvania health care giant UPMC, estimates that about half of its employees are willing to get the vaccine as soon as it's offered.

But many health officials expect enthusiasm to grow.

"There's that thought that maybe they don't have to be so afraid to come to work if they can be vaccinated and be immune," said Dr. Sandra Kemmerly, medical director of hospital quality at the 40-hospital Oschner Health System in Louisiana and Mississippi. Employees approved for the first round are getting texts and emails directing them to schedule their initial injection, she said. Enough vaccine is being saved so that each person who gets the first dose of vaccine can get a second required shot a few weeks later.

Dr. Stephen Hahn, commissioner of the FDA, which approved the Pfizer vaccine Friday, has repeatedly insisted that the agency's decision was based on science, not politics, despite a White House threat to fire him if the vaccine wasn't approved before Saturday.

Speaking to Fox News Sunday, Dr. Moncef Slaoui, chief science adviser to Operation Warp Speed, a U.S. effort to get vaccines developed quickly, also said he is "very concerned" about the skepticism about the vaccine in some circles.

"Unfortunately ... there's been a confusion between how thorough and scientific and factual the work that has been done is, and the perception that people are thinking that we cut corners ...," Slaoui said. "I can guarantee you that no such things have happened, that we follow the science."

He called the development of vaccines from several pharmaceutical companies, including Moderna and AstraZeneca, "a remarkable achievement of science, academia, the industry ecosystem and the U.S. government, working together."

The Moderna vaccine will be reviewed by an expert panel Thursday and soon afterward could be allowed for public use.

Officials hoping to bolster confidence in the vaccine worry that such a large immunization effort could be hindered by skepticism. Francis Collins, director of the National Institutes of Health, said the level of potential vaccine hesitancy in the nation is of "great concern for all of us."

During an interview on NBC News's "Meet the Press," he urged viewers to "hit the reset button on whatever they think they knew about this vaccine that might cause them to be so skeptical."

"The data is out there now. It's been discussed in a public meeting, all the details of the safety and the efficacy for anybody who wants to look," he said, adding: "I think all reasonable people, if they had the chance to sort of put the noise aside and disregard all those terrible conspiracy theories, would look at this and say, 'I want this for my family. I want it for myself.' People are dying right now. How could you possibly say, 'Let's wait and see' if that might mean some terrible tragedy is going to befall?"

There's also particular concern about addressing any vaccine hesitancy in communities of color, especially because they have been disproportionately affected by the pandemic.

NBC's Chuck Todd asked Collins to respond to concerns from a health-care worker who said she hopes people who look like her and other Black doctors in the community also will help generate trust in the vaccines.

"She's absolutely right. For somebody like me to say, 'You should be signing up for this vaccine,' OK, a white guy who works for the government. Sure, that isn't necessarily going to be the voice that people need to hear if they're skeptical," Collins said. "We are working closely with health-care providers, especially those in communities of color, and trying to make sure that all of those messages are ready to go."

Trump made the announcement that he was halting a plan to inoculate senior U.S. officials, including some White House aides who work in close proximity to him and Vice President Mike Pence, hours after his administration confirmed the directive.

"People working in the White House should receive the vaccine somewhat later in the program, unless specifically necessary," Trump said in a tweet. "I have asked that this adjustment be made. I am not scheduled to take the vaccine, but look forward to doing so at the appropriate time."

It was not immediately clear what the scale of the vaccination program was supposed to be, according to two people briefed on the matter, or what effect Trump's tweet would have on the government's efforts to protect top leadership.

News that White House staff would receive the vaccine early drew criticism on social media. Trump and his aides have consistently flouted the covid-19 guidelines issued by his own administration, including hosting large holiday parties with maskless attendees this December.

Officials said earlier Sunday that doses of the newly approved vaccine from Pfizer would be made available to those who work in close quarters with the nation's top leaders. They said the move was meant to prevent more covid-19 spread in the White House and other critical facilities. Trump was hospitalized with the virus for three days in October.

"Senior officials across all three branches of government will receive vaccinations pursuant to continuity of government protocols established in executive policy," National Security Council spokesperson John Ulyot had said. "The American people should have confidence that they are receiving the same safe and effective vaccine as senior officials of the United States government on the advice of public health professionals and national security leadership."

The two people briefed on the matter spoke on condition of anonymity because they were not authorized to discuss the matter publicly. The New York Times first reported that top U.S. officials would get early access to the vaccine.

The move to vaccinate top U.S. officials would be consistent with the rollout of rapid testing machines for the coronavirus, which were similarly controlled by the federal government with kits reserved to protect the White House complex and other critical facilities.

A spokesperson for President-elect Joe Biden declined to say whether Biden or incoming officials would receive early doses of the vaccine. But the president-elect said in a recent CNN interview that he would take the vaccine to serve as an example once Dr. Anthony Fauci, the nation's top infectious disease expert, said it was safe. "It's important to communicate to the American people it's safe; it's safe to do this," Biden said.

Despite the surge of covid-19 cases and deaths in the United States right now, health experts are saying it looks unlikely that the country will endure a "twindemic" of both flu and the coronavirus at the same time.

That comes as a profound relief to public health officials who predicted as far back as April that thousands of flu victims with pneumonia could pour into hospitals this winter, competing with equally desperate covid-19 pneumonia victims for scarce ventilators.

"Overall flu activity is low, and lower than we usually see at this time of year," said Dr. Daniel Jernigan, director of the influenza division of the CDC. "I don't think we can definitively say there will be no twindemic; I've been working with flu for a long time, and I've been burned. But flu is atypically low."

Since September, the CDC "FluView" -- its weekly report on influenza surveillance -- has shown all 50 states in shades of green and chartreuse, indicating "minimal" or "low" flu activity. Normally by December, at least some states are painted in oranges and reds for "moderate" and "high."

Information for this article was contributed by Martha Irvine, Morry Gash and Zeke Miller of The Associated Press; by Paulina Firozi, Meryl Kornfield, Josh Dawsey, Craig Timberg and Tory Newmyer of The Washington Post; and by Annie Karni, Maggie Haberman and Donald G. McNeil Jr. of The New York Times. 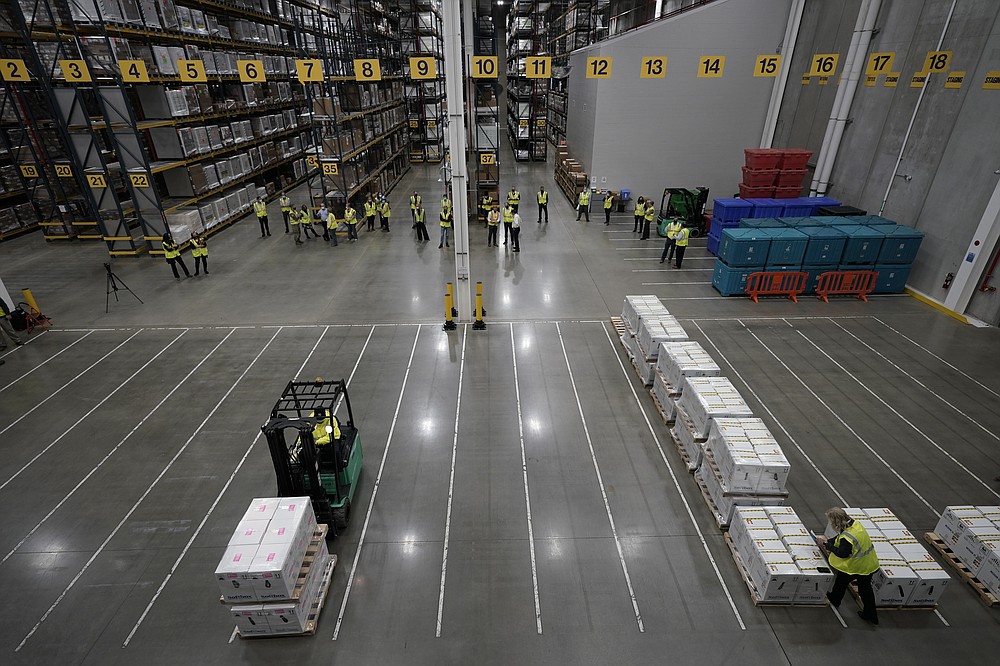 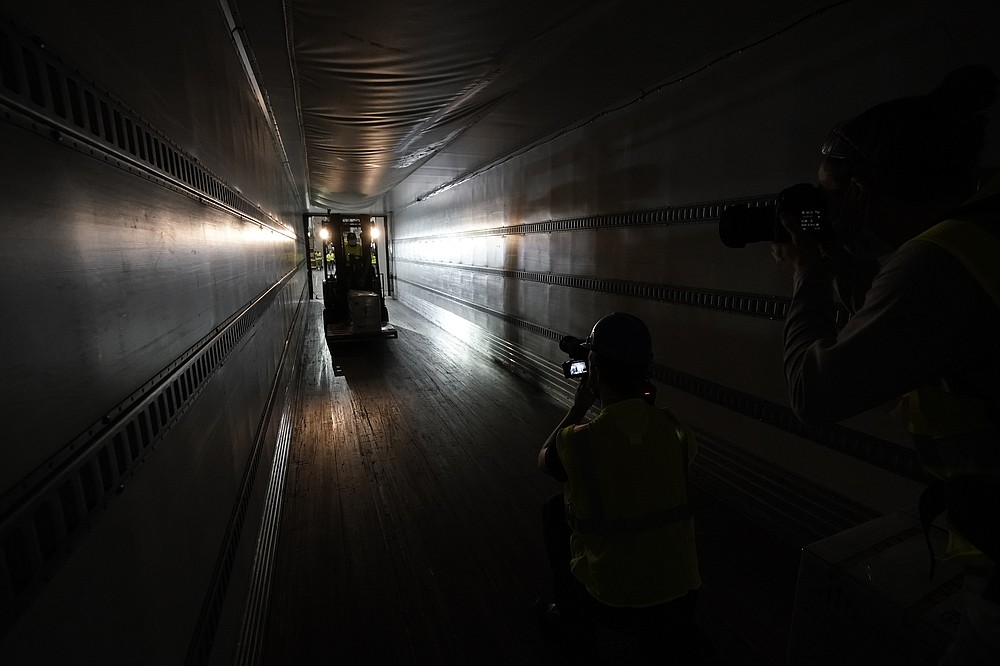 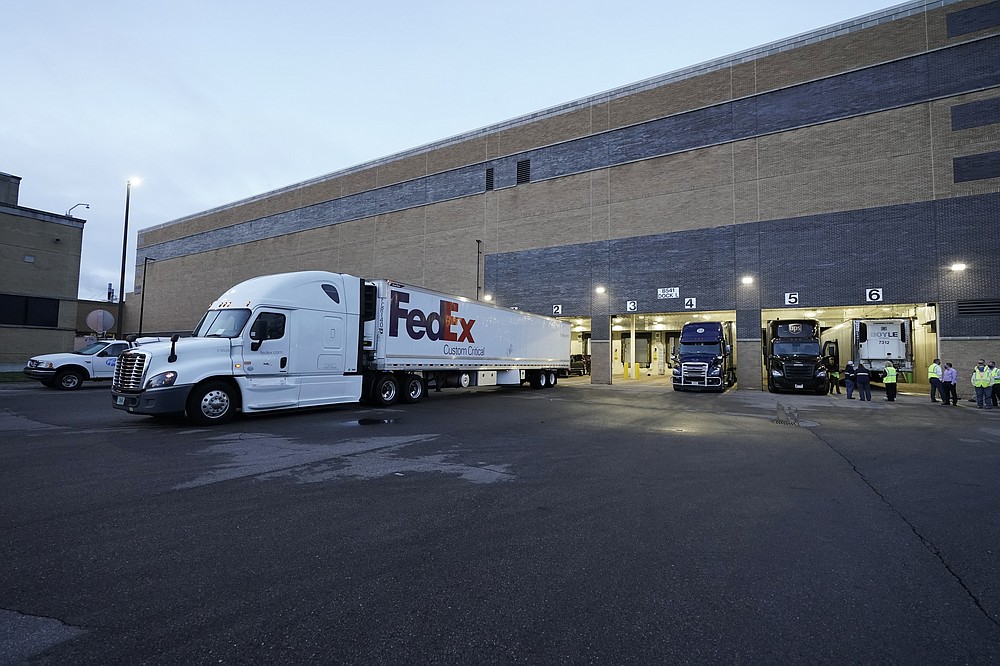 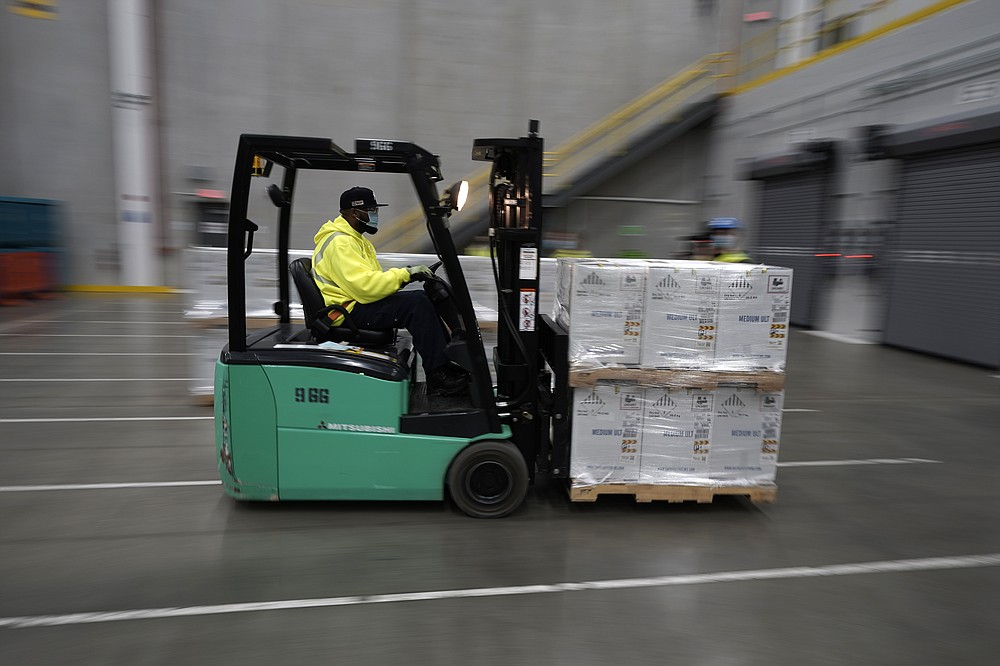 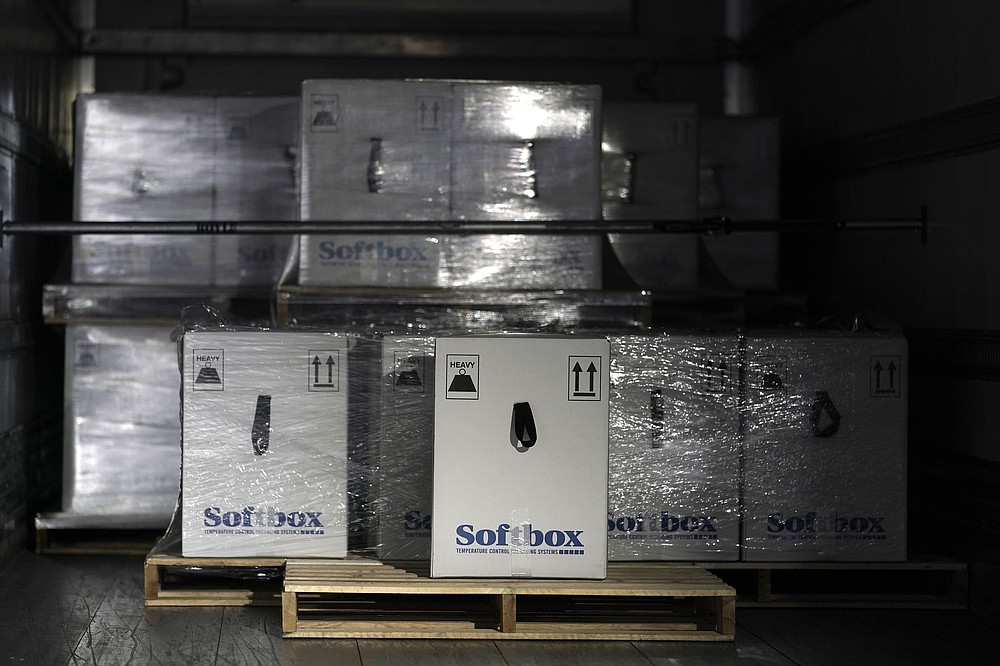 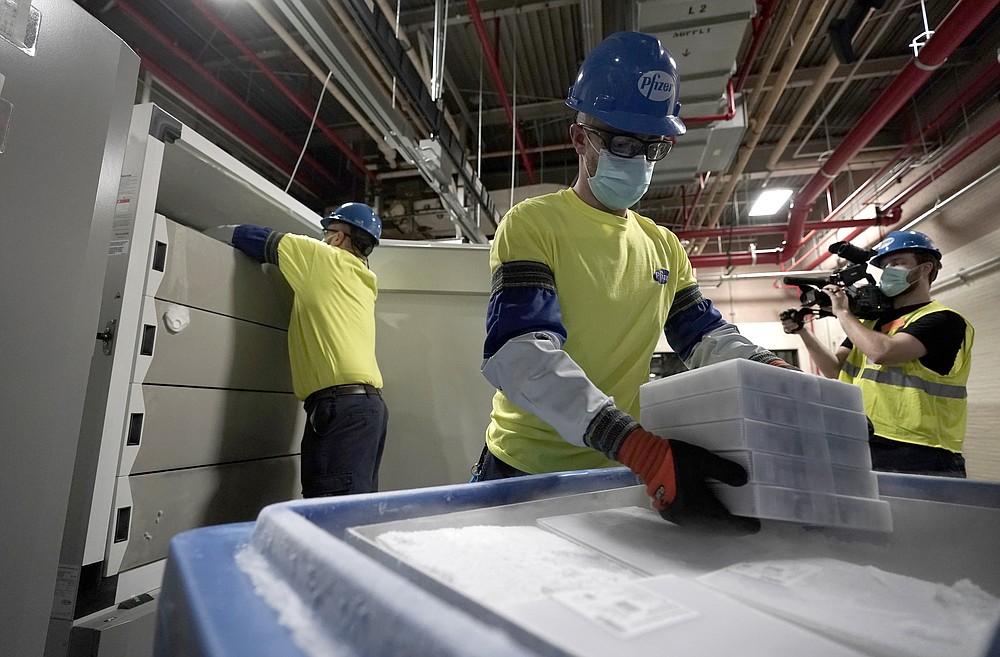 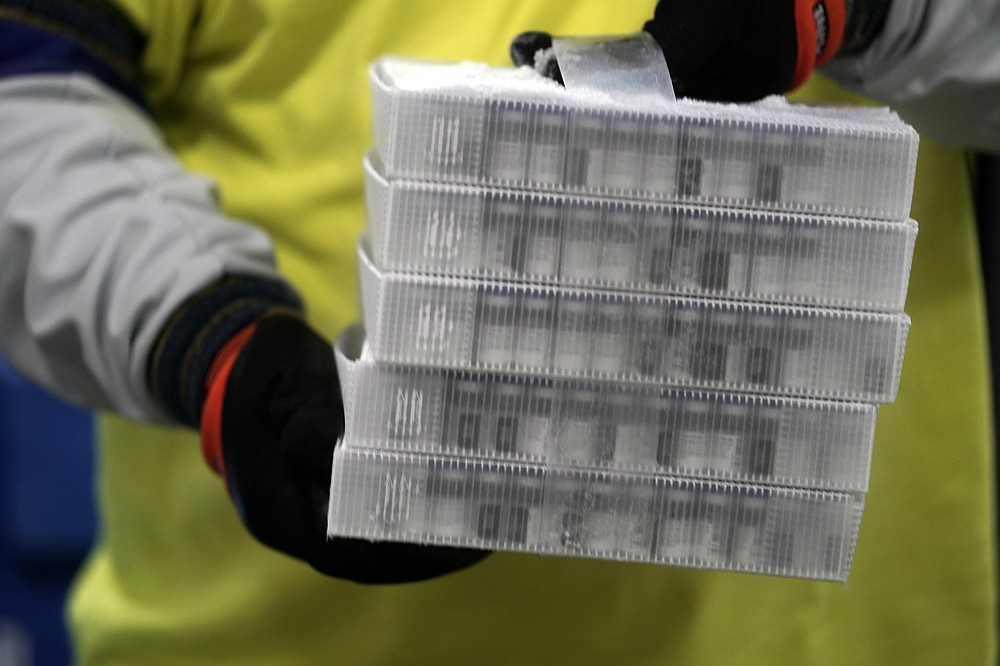 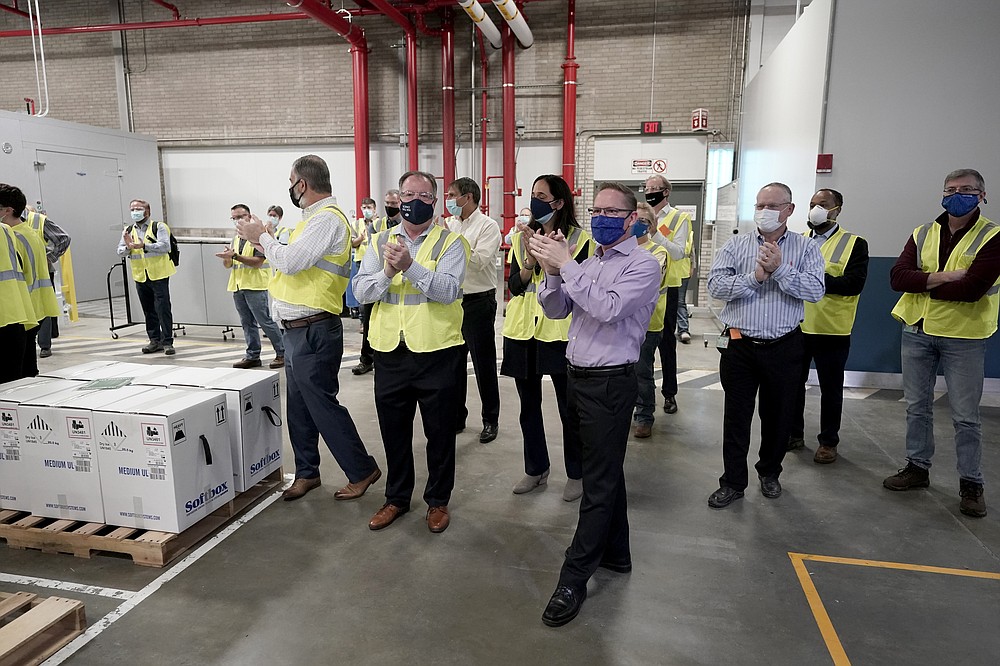 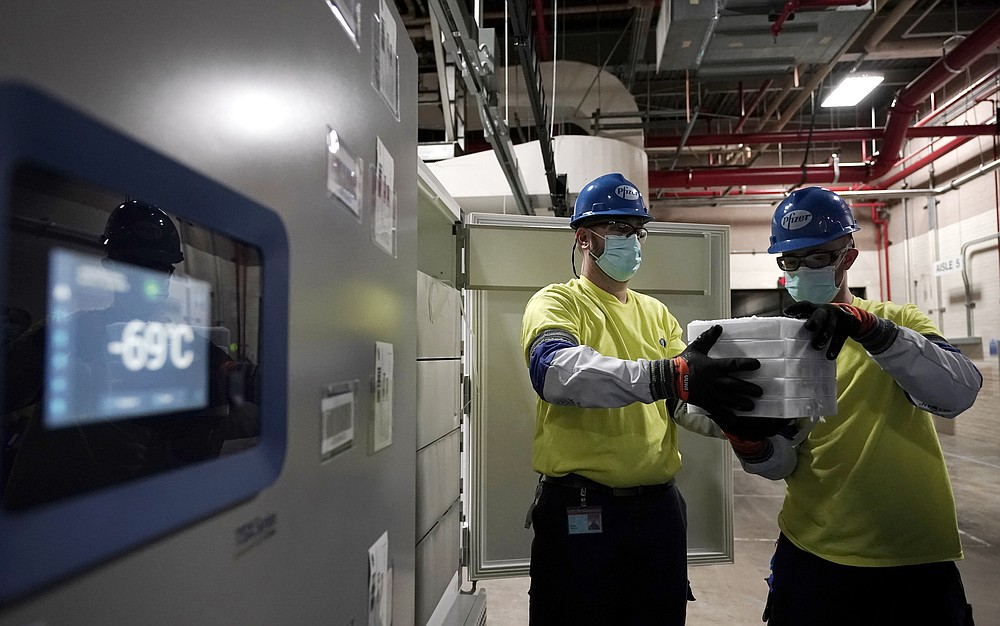