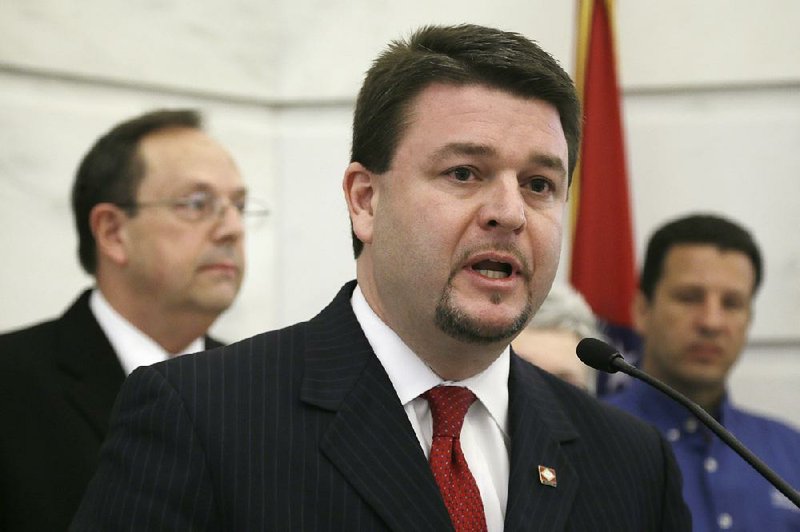 A decision by the 8th U.S. Circuit Court of Appeals on Tuesday not to reconsider its decision to lift a judge's ruling that has blocked four Arkansas abortion restrictions from taking effect means those restrictions could go into effect before Christmas.

The laws at issue, all enacted in 2017, are Act 45, which bans a common second-trimester abortion procedure, dilation and evacuation; Act 1018, which requires doctors to notify law enforcement when anyone 16 or younger obtains an abortion; Act 733, which requires doctors to review a woman's medical records if she knows the sex of the fetus she wants to abort, to ensure she isn't using abortion as a means of sex selection; and Act 603, which regulates the disposal of abortion remains, requiring the patient to notify a patient's partner or family -- which opponents say allows the third parties to effectively block the abortion.

In July 2017, U.S. District Judge Kristine Baker issued a preliminary injunction that prevented the legislation from going into effect.

On Aug. 7, a three-judge panel of the 8th Circuit in St. Louis, led by Chief U.S. Circuit Judge Lavenski Smith of Little Rock, dissolved the injunction and remanded the case back to Baker with instructions to reevaluate the laws' constitutionality using a different method than the one she used.

The opinion focused on a June 29 U.S. Supreme Court decision in a case called June Medical Services v. Russo that struck down a Louisiana law that would have forced all but one abortion clinic in that state to close by banning doctors from providing abortions unless they had admitting privileges at a hospital within 30 miles.

Chief Justice John Roberts sided with the majority, but the opinion noted that he "concurred in the judgment, not the plurality's reasoning." That opinion cited Roberts' belief that a 2016 opinion out of Texas that the Louisiana ruling was based on, known as Whole Women's Health, was "wrongly decided," but that because it was precedent, the justices had to follow it in the Louisiana case.

The 8th Circuit opinion said Roberts "rejected the 'observation' made in Whole Women's Health and again by the plurality that 'the undue burden standard requires courts to weigh the law's asserted benefits against the burdens it imposes on abortion access.'"

The opinion said Roberts criticized that method of inquiry as one that could lead to arbitrary results and noted that nothing in a 1992 precedent, Planned Parenthood of Southeast Pennsylvania v. Casey, suggested that weighing costs and benefits of an abortion law was "a job for the courts."

The panel noted that according to Roberts, the appropriate inquiry under the Casey case is whether the law in question poses "a substantial obstacle" or "substantial burden, not whether benefits outweighed burdens."

While Roberts said that requirement was a sufficient basis for holding the Louisiana law unconstitutional, he also emphasized the "wide discretion courts must afford legislatures in areas of medical uncertainty," the 8th Circuit judges said in throwing out Baker's injunction and returning it to her.

They instructed her to reconsider it, "in light of Chief Justice Roberts's separate opinion in June Medical, which is controlling, as well as the Supreme Court's decision in" a 2019 opinion, Box v. Planned Parenthood of Indiana and Kentucky.

The Arkansas chapter of the American Civil Liberties Union and the national Center for Reproductive Rights jointly sued to keep the laws from being enforced.

In a motion filed Aug. 21, asking the full 8th Circuit to rehear the matter and override the panel, the plaintiffs argued that the panel erroneously found that Roberts' lone opinion, issued in support of the majority's ruling in a Louisiana abortion case but applying different reasoning, overruled requirements established in an earlier case.

The attorney general applauds [Tuesday's] decision denying en banc review," said spokesperson Stephanie Sharp in an email to the Arkansas Democrat-Gazette. "This is another win validating the pro-life laws in Arkansas."

The ACLU of Arkansas, according to Executive Director Holly Dickson, will continue efforts to prevent the legislation from going into effect, which she said could happen within seven days if no further legal action is taken.

"We will take further action," Dickson told the Arkansas Democrat-Gazette Tuesday night. "We've got two ways we can go -- petition the U.S. Supreme Court or go back to district court. This gives us seven days to take our next steps to try and enjoin these laws from taking effect."

Information for this article was provided by Linda Satter for the Arkansas Democrat-Gazette.