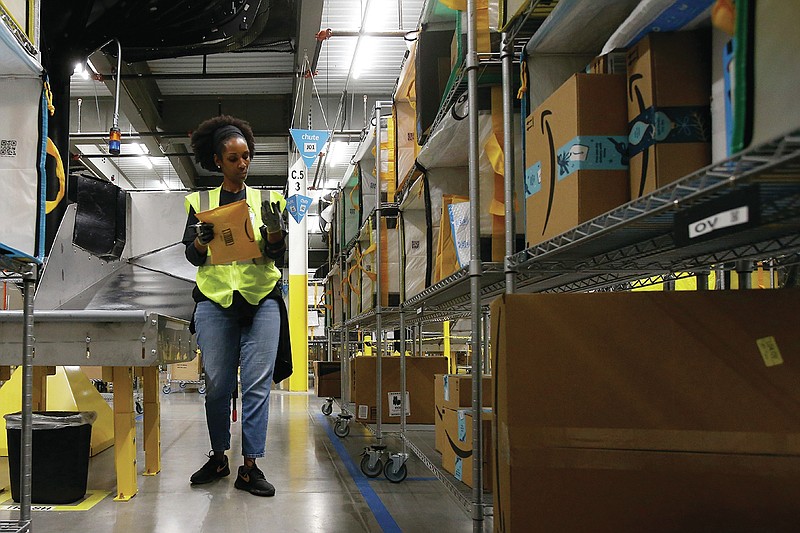 Amazon.com Inc. confirmed Wednesday that it will open a 1 million-square-foot fulfillment center next year in North Little Rock, a facility that will initially employ more than 500 full-time workers.

The fulfillment center that will go up on an 80-acre site off U.S. 70 in the Galloway area of the city is the second fulfillment center, and the fifth Amazon distribution facility, announced in Central Arkansas in a little more than two years. It will more than double the size of Amazon’s footprint in the region to almost 2 million square feet and will increase company employment to an estimated 1,800 workers.

Preliminary work has begun on a nonsortable fulfillment center that specializes in bulky items such as patio furniture, outdoor equipment or rugs, the tech giant said in a news release prepared for release today. Word of the facility was first reported by the Arkansas Times blog in October.

“We are proud to be expanding our operations in Arkansas with our newest facility in North Little Rock and we are excited to create over five hundred new, full-time jobs for the local community,” Alicia Boler Davis, Amazon’s vice president of global customer fulfillment, said in a statement. “Amazon is grateful for the continued support we’ve received from local and state leaders and we look forward to leveraging our scale for good to support this great community.”

Davis was referring in part to more than $2 million in infrastructure costs that state and local entities will use to help clear the way for Amazon to use the site, which is owned by Tulip Farms Inc. Led by Rebecca Winemiller, the Memphis-based company purchased the property in 2011 for about $1 million.

The state is contributing $2 million through a fund created by the Arkansas Department of Transportation that provides money for road improvements. It uses a portion of surplus the department receives in general revenue.

“The $2 million will go towards construction and improvements at the Highway 70 intersections with Highway 391 in North Little Rock,” Chelsea O’Kelley, spokeswoman for the Arkansas Development Commission, said in an email.

The intersection is just west of the property.

Gov. Asa Hutchinson welcomed the investment by the online retailer.

“North Little Rock’s dedicated workforce and central location make it a perfect selection for Amazon’s newest distribution center,” he said. “I’m delighted that Amazon has once again decided to invest in Central Arkansas, creating job opportunities for hundreds of Arkansans, and I’m confident that North Little Rock will be a perfect fit for the company’s project.”

North Little Rock also is providing some in-kind infrastructure work as well as waiving a fee for a sewer connection that Mayor Joe Smith estimates will cost about $200,000.

Central Arkansas Water, Entergy Arkansas, Center-Point Energy and the Little Rock Regional Chamber of Commerce all helped in some way, he said.

“Everybody had a finger in it,” he said.

Smith, who will leave office this month after deciding not to seek reelection, said the project represented a “great capstone” to his economic development efforts.

“On behalf of a grateful community, I want to thank Amazon’s leaders for selecting North Little Rock as its newest central Arkansas distribution center location,” he said in the release. “Amazon’s commitment to this region is truly remarkable. Given our great transportation network and advantageous location it is a solid business decision that we certainly appreciate and respect.”

“I am proud to see Pulaski County continuing to be an attractive market for business expansion,” County Judge Barry Hyde said in the release. “Amazon’s ongoing investment directly attributes to economic growth and job opportunities for the people of Pulaski County and all of Central Arkansas.”

Industry observers say the ramp-up of facilities in population centers such as Little Rock is in keeping with Amazon’s strategy of quickly shipping products to its customers, in as little as a day for its Amazon Prime members, who pay an annual fee for one-day delivery and other services.

In Central Arkansas, the network includes an 826,000-square-foot robotic fulfillment center being built at the Port of Little Rock. The five-story facility will employ 1,000 people and is expected to open in the fourth quarter of 2021.

The fulfillment centers will be supported by at least three delivery stations, which organize packages for “last-mile” delivery, either through third-party delivery services, the U.S. Postal Service or Amazon’s own delivery fleet.

The spokesman, Daniel Martin, citing company policy, declined to say whether Amazon is working on any other projects in Arkansas. 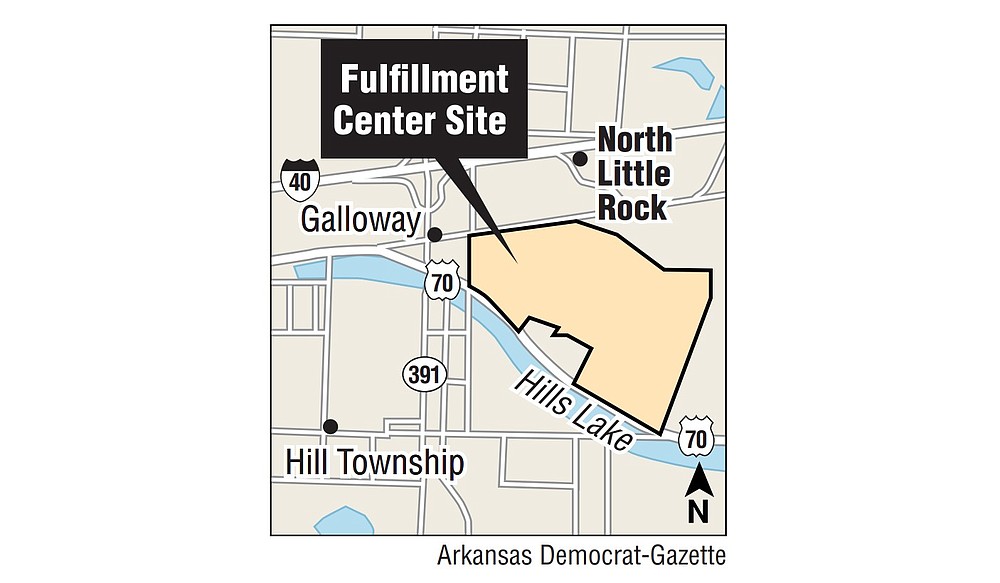