Role of political cartoons getting a look at ASC 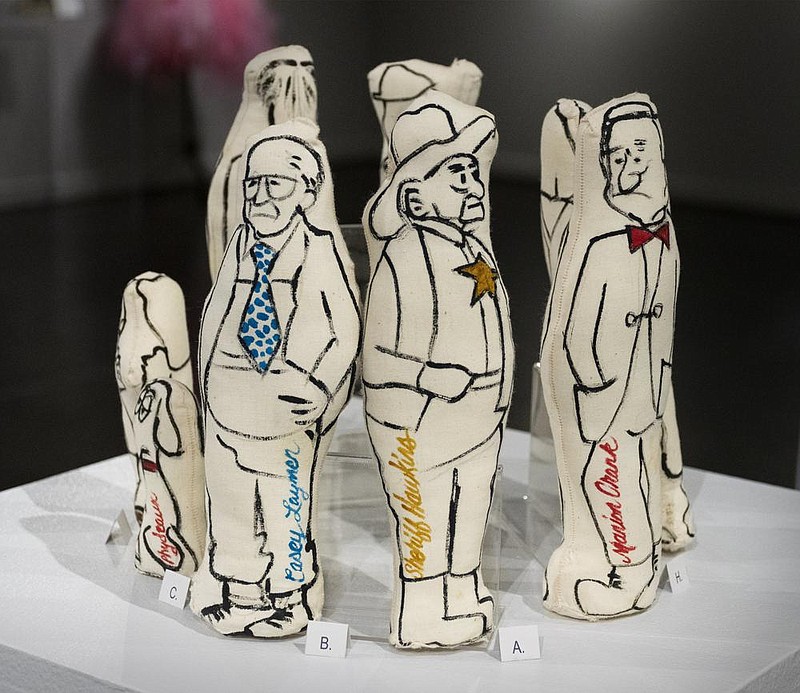 Eight cloth dolls made by Rosemary Fisher are now on view at the Arts and Science Center for Southeast Arkansas. The dolls were made in the 1950s for a television show on KATV that Rosemary and her husband, editorial cartoonist George Fisher, created. “Phydeaux and His Friends” satirized politics with puppets and featured local political figures. (Special to The Commercial)

The Arts and Science Center for Southeast Arkansas is exploring the role of political cartoons with a virtual panel and exhibition.

The livestreamed event will include ASC Curator Chaney Jewell and Adam D. Heiden, archivist of the University of Arkansas at Little Rock’s Special Collections. They will discuss Fisher’s career as a political cartoonist and how he documented, commented and added humor to the politicians and political events of Arkansas, according to a news release.

The discussion, part of ASC’s “Meet The Curator” series, is being held in conjunction with the exhibition of another political cartoonist, Ray Walters.

The panel and exhibition are made possible by a mini-grant from the Arkansas Humanities Council and the National Endowment for the Humanities.

Fisher, best known for his work published in the Arkansas Gazette and the Arkansas Times, was born in 1923 near Searcy and grew up in nearby Beebe. He was a member of the U.S. Army Reserves during World War II, during which he served as an infantryman in the Battle of the Bulge. He maintained a sketch diary of his fighting experiences, according to the CALS Encyclopedia of Arkansas for History & Culture.

His cartooning career began in 1946 with a position at the West Memphis News. After he and his wife, fellow artist Rosemary Fisher, moved to Little Rock in 1949, he started a commercial art business. His cartoons ran in North Little Rock Times, Pine Bluff Commercial and Arkansas Gazette, according to the release.

The Fishers also created a television show, “Phydeaux and His Friends,” which aired on KATV in the 1950s. The show, using puppets the Fishers sculpted, specialized in political satire and featured local political figures. They included Orval Faubus, who served as governor of Arkansas from 1955 to 1967 and rose to national prominence during the Little Rock Central High School crisis of 1957.

Eight cloth dolls made by Rosemary Fisher for the show are now on view at ASC.

Born in 1927 in Burnham-on-Sea, England, Rosemary Snook studied ceramics and pottery at an arts institute, according to the CALS Encyclopedia of Arkansas. She met George while he was stationed in England during World War II. Rosemary taught pottery for many years at the Arkansas Arts Center and served as the head of the pottery program at the center’s museum school. She died in 1983, according to the release.

The dolls are on loan from prominent Arkansas arts supporter June B. Freeman. Among her many contributions, she was instrumental in establishing the Little Firehouse Community Arts Center — the precursor to the Arts & Science Center. She also advocated for adding “Science” to the museum’s name.

The Arkansas Gazette hired George Fisher as the editorial cartoonist in 1976, and he worked there until the paper was bought by the Arkansas Democrat in 1991. Afterward, Fisher’s cartoons appeared in the Arkansas Times until his death in 2003.

“Ballots & Laughs: Political Cartoons of Ray Walters” is on view in ASC’s International Paper Gallery through Jan. 23. The exhibition can also be seen at asc701.org/virtual-exhibitions. The exhibition features 21 of Walters’ cartoons from ASC’s Permanent Collection.

Walters (1881-1967) was born in Wisconsin and spent most of his life in Illinois. He captured a quirky view of America from the early 1930s until 1946, with more than 500 comic postcards drawn and published during this period. The stories captured on the postcards were small escapes from the realities of the Great Depression and World War II. 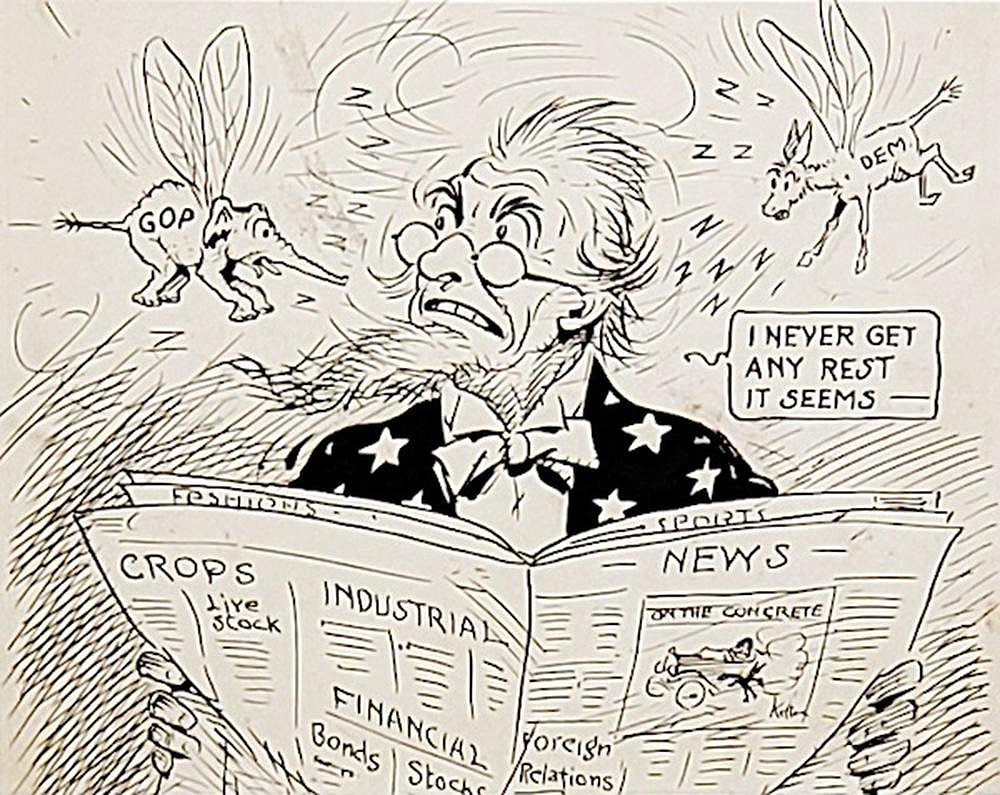 Ray Walters’ “It’s Politics Now” is one of the political cartoons on display in “Ballots & Laughs: Political Cartoons of Ray Walters” at the Arts & Science Center for Southeast Arkansas. (Special to The Commercial)
ADVERTISEMENT