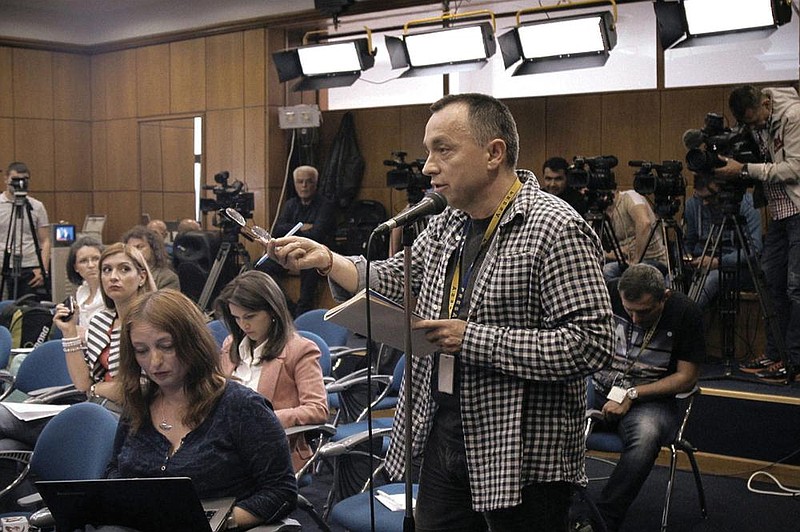 During the drudgery of the last four years, we got to see the news media first written off as "fake," then thoroughly vilified as the real enemy of the people by our sitting president -- who didn't appreciate that, for the most part, the media was trying to do its job in reporting the truth behind the constant stream of exaggerations, evasions, and utter lies from the bureaucracy charged with governing and protecting the will of the people.

As it ever was. Nobody in power ever wants their secrets revealed, especially if there's a chance it will cost them their position of authority.

Here's the thing about that: The real job of the news media, as always, is to go past the PR boilerplate, the lies, and the cover-ups by those in power, to reveal the reality of what decisions are made and why. It is, despite our outgoing president's constant carping, an essential tool of a true democracy, allowing the voters to get a sense of just whom they have put into office, and whether or not that person should be allowed to continue making these decisions in the future.

The media has been called a "watchdog," but it's also a bit like a high school vice-principal, patrolling the hallways: They might annoy you in the moment, asking for your pass, keeping their eye on everyone in the cafeteria, but the moment a real intruder tries to break in with the intent to do violent harm, that irritating VP with the flashlight and the sour expression is the best protection you've got.

For a more graphic example of the perils of disenfranchising the news media, take in Alexander Nanau's searing Romanian documentary "Collective" about the true cost of corruption in a cameraless room.

The title refers to the fateful Romanian nightclub in Bucharest, whose deadly blaze in 2015 killed dozens of young people, due to the club's complete lack of safety exits, the shirking of regulations as a result of Romania's seemingly endless corruption. But in Nanau's extraordinary film, that bit of graft is only the initial layer of the rotted onion: In the aftermath of the tragedy, many of the injured survivors started dying in the Bucharest hospitals, even when their initial wounds weren't supposed to be fatal. In all, the fire killed 26 patrons on the spot; the hospitals killed an additional 38 more.

Upon further investigation by the Sports Gazette, heretofore, a paper primarily dealing with athletic achievement, it gets revealed that the hospital patients were dying of acute infections they caught while in treatment because the disinfectants the hospitals were using were twice diluted -- first, from the chemical company that produced them; second, by the hospital itself, in order to skim even more money for the government and health-care officials in charge of its procurement.

If that were not enough, it is later reported that the buying of these products, and everything else the hospitals use in their daily business, was handled by the hospital managers, themselves completely untrained, corrupt and collecting massive payouts by reaping from the large state endowments.

Beyond that bit of horror, Nanau's film continues to dig through the rot (horrifyingly, it is also part of the system that the nurses pay off doctors to get assigned to major surgeries, because the patients are forced to pay big bribes to the medical team who take care of them in order to get proper treatment) until the duplicity and venality seems so thorough and all-consuming, as to be permanently entrenched, like a mist of radioactive fallout, throughout the country.

In a health system in which everyone is taking an ethical pass in order to line their own pockets, it's like a giant pyramid scheme in which the patients are on the lowest level, and have to deal with the losses, as everyone above them gets richer off their misery.

The faint breath of hope in the film, when the inept Minister of Health is forced to resign, replaced by a new, emboldened director who works quickly to clean the quagmire left by his predecessors, is just as quickly expelled after the next round of elections, in which the Social Democrat party -- the very ones in charge of this catastrophe in the first place -- gets re-elected with an even greater majority than what they had before.

Such is the power of propaganda, even in the face of such extreme degeneration as this: The will of the people, if not outright ignored, gets manipulated into voting further against their own best interests, in order to keep the shifty power-mongers on top of the pyramid point. In all, the film is a scathing indictment of what happens when a government is allowed to exist without any meaningful oversight. A depressingly perfect reflection of the times.

In Romanian with English subtitles