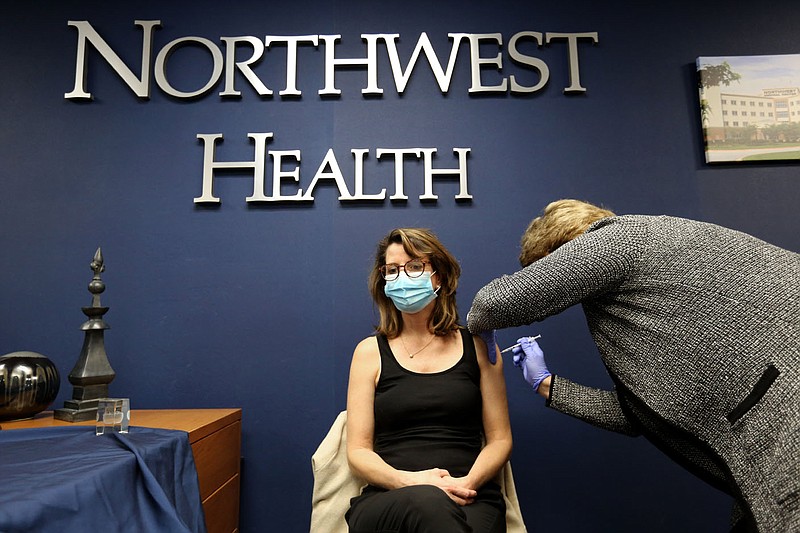 SPRINGDALE -- Hospitals in Northwest Arkansas got a surprise in their first shipment of the covid-19 vaccine -- more doses than they expected.

The first shipment of the Pfizer vaccine arrived in the region this week, and hospitals started vaccinating staff members who are most exposed to the virus.

Hospitals expected each vial to contain five doses of the vaccine but found some contain six doses instead. The federal Food and Drug Administration has said it is OK to use the sixth dose as long as it's a full dose, according to the American Hospital Association.

It's unclear exactly how many doses each hospital received because some of the unopened vials may have five doses each as originally expected. Representatives from Mercy Health System, Washington Regional Medical System and Northwest Health System said most of their vials so far have contained six doses.

"I want to demonstrate to people that it's safe and there's nothing to be scared of," she said.

"We are kind of in a dark place right now as far as the pandemic goes here in Northwest Arkansas, but we have a way out, and this is the first time in a long time that we've had hope that this is going to end," Sharkey said.

Sharkey said the Pfizer vaccine has an efficacy rate of 95%. An efficacy rate is how effective a vaccine is given ideal conditions, according to the Arkansas Center for Health Improvement.

"In vaccine world -- and my background is in vaccine research -- this is groundbreaking," she said.

Some people, such as pregnant women and children younger than 16, may not be able to take the vaccine, Sharkey said, which is all the more reason for those who can get vaccinated.

About 75% of the population needs to be vaccinated for "herd immunity" to exist against the virus, she said.

All of the hospitals have said their first round of vaccines will go to staff members in direct contact with covid-19 patients. That can include medical professionals such as doctors, nurses and respiratory therapists as well as staff members who clean the patients' rooms, bring food to the patients or perform any other jobs that require them to be exposed to the virus.

Some doses from Northwest Health's first shipment are going to first-responders such as emergency medical technicians who aren't employed by Northwest Health, said Hans Driessnack, chief executive officer at the Springdale medical center.

"Our guidance from the state Health Department was to vaccinate health care workers who work in our hospital regardless of whether they are employed by us," she said.

The city of Rogers operates an ambulance service.

Mercy had vaccinated 568 people by the end of the day Thursday, Cook said. Northwest Health had given more than 400 shots as of Thursday, said Christina Bull, spokeswoman. Washington Regional vaccinated more than 300 people as of Friday, according to a statement from Birch Wright, chief operating officer.

Arkansas Children's Northwest in Springdale began vaccinating its staff Thursday, according to Nicole Huddleston, spokeswoman for the hospital.

The hospital has about 400 employees and received about 80 doses of the vaccine after some vials contained six doses, according to Huddleston.

"We started by immunizing those team members who face the greatest risk to covid exposure in patient care roles, including emergency services, critical care services and Angel One transport," according to Hilary DeMillo, spokeswoman.

The U.S. Department of Veterans Affairs released a list of 37 hospitals that began administering the covid-19 vaccine this week. The Veterans Health Care System of the Ozarks in Fayetteville wasn't on the list.

None of the 2,000 doses of Pfizer vaccine sent to the University of Arkansas for Medical Sciences in Little Rock were for the UAMS Northwest campus in Fayetteville, according to David Wise, spokesman. The first shipment of vaccines is being given to staff working directly with hospitalized covid-19 patients at the Little Rock hospital. 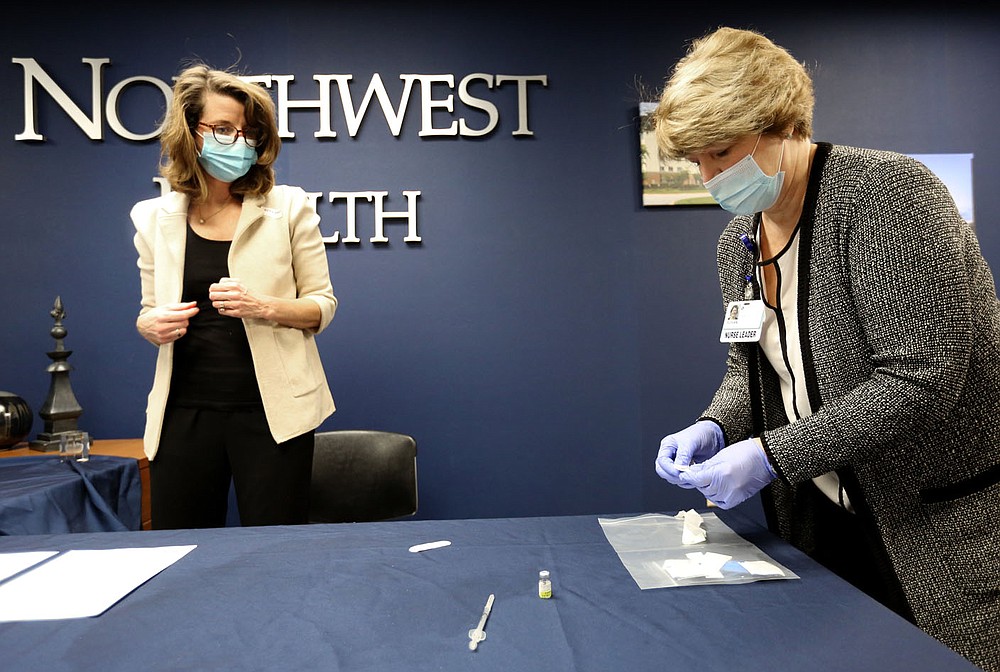 Washington County had 1,942 active covid-19 cases as of Friday. Benton County 1,523 active cases. Active cases are ones where patients have not recovered.