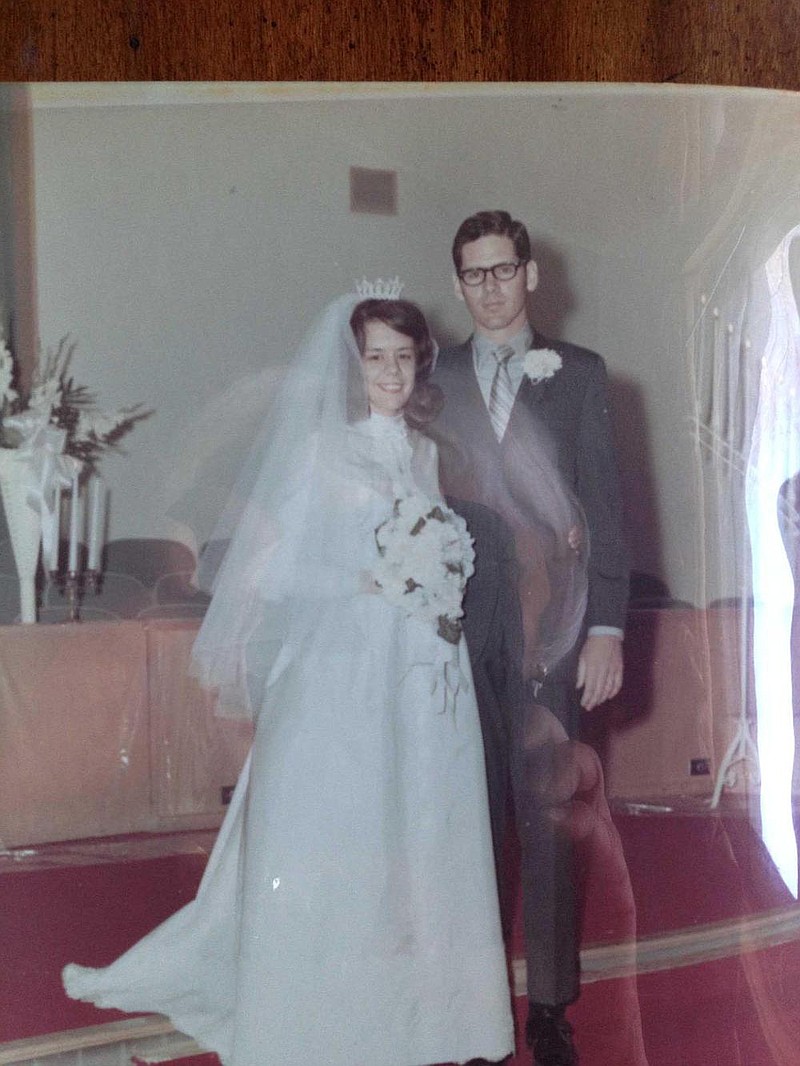 Jane Altom's friends had husbands and they wanted her to have one, too.

After graduating from Hardin-Simmons University in Abilene, Texas, in 1968, Jane began a two-year mission trip in Chicago. Her grandmother died while she was away, and she returned home for the funeral. When it was time for her to fly back to Chicago, her friends, Margaret and Susan, arranged for Charles Purtle to join them in meeting her at Love Field in Dallas, an impromptu blind date.

"Of course, at that time I was much more interested in visiting with Margaret and Susan than I was in trying to get acquainted with this fellow," Jane says.

Charles, a friend of Margaret's husband and a student at Southwest Theological Seminary in Fort Worth, sat quietly and listened.

"I didn't make an impression on her at all," Charles says. "We were introduced to each other and that was it."

Her friends, though, urged him to write to her. After six weeks or so, he acquiesced.

"I had almost forgotten by then about even meeting him," she says. "When I got the letter I thought, 'Who is this from?'"

Over the summer, Charles took a job selling books door-to-door in Minnesota to cover some of the costs of his education. Jane remained in Chicago.

"We started writing letters, and on one of the letterheads it had 'Joy from Jane,'" Charles says. "The letters were quite positive and I thought, 'I like this person.'"

On his way back to Texas for the beginning of the fall semester, he stopped in Chicago for a visit. Jane was walking on the sidewalk with a friend when he arrived.

"I realized I had forgotten what she looked like," he says. "The two young ladies walked to the door. Jane was smiling and that other girl wasn't and that's how I knew who she was."

They continued writing letters as he took a break from seminary to serve as Baptist Student Union director for several colleges in Arkansas. He visited her a few more times in Chicago and she visited him, accompanying him on one of his regular tours of campuses.

"We got to know each other a little bit that way, but mainly through letters," Charles says.

Charles wrote a proposal of sorts in one of his letters. Jane, who was in no hurry to marry and who also envisioned her beloved kneeling to ask for her hand when the time was right, did not say no -- but she did not say yes, either.

He was an usher in her brother's wedding a couple of months later and she was a bridesmaid. He held her hand on the couch at her home after the ceremony.

"He said something about letting me go, and I said, 'Oh, you don't have to,'" Jane says. "It was very nontraditional. He didn't drop down to his knee or anything like that but we decided that was it."

They waited until after her brother and his wife left for their honeymoon to tell her family about their engagement, and they all celebrated by going out for ice cream.

"I counted up the days from the time we really got engaged, from the time that I met him. I had actually only seen him 27 days -- which doesn't really sound like very many -- but we did a lot of writing back and forth," she says. "I guess we both kind of knew what we wanted."

"The wedding was perfect, something that you dream about as a little girl," Jane says. "But I knew that that was just the beginning, the wedding, and then it's the marriage afterward."

Jane and Charles saw a marriage counselor before they married and went back for a refresher after they had been married for a year.

"We just wanted to try to identify some areas that we could work on," he says. "We read the Bible together and prayed together every day several months before we got married."

Family, too, was important.

His mother, before even meeting Jane, made her a yellow outfit, monogrammed "PJA" -- Priscilla Jane Altom -- removing the stitching and changing the monogram to her married initials after the wedding.

"For a lady that had never even met me to make me an outfit and send it to me -- I was really overwhelmed," Jane says. "I had a great mother-in-law, the best in the world."

They have three children -- Jim of Houston and Brad and Beth, both of Dallas. They also have four grandchildren.

When they married, they were both in seminary. They graduated together with masters of divinity degrees in spring 1973 and served as missionaries in the Dominican Republic until 1980, when they moved to Prescott. Jane taught high school for 26 years and Charles is a tree farm manager and an ordained minister.

Jane didn't date much in college, always on the lookout for the right partner and always anticipating he would be a Baptist preacher.

"Nothing ever worked out, but I guess it was not supposed to work out," she says.

She says: “I didn’t think too much about it.”

She says: “It was exactly as we had planned it.”

He says: “We were both happy. We had worked through a lot of things and were looking forward to getting on with life and marriage.”

She says: “Be committed to working through things so little molehills don’t become mountains.”

He says: “Read your Bible and pray together and put a priority on listening to each other. We had a commitment early on that our spouse would have priority over anything else that was going on.”