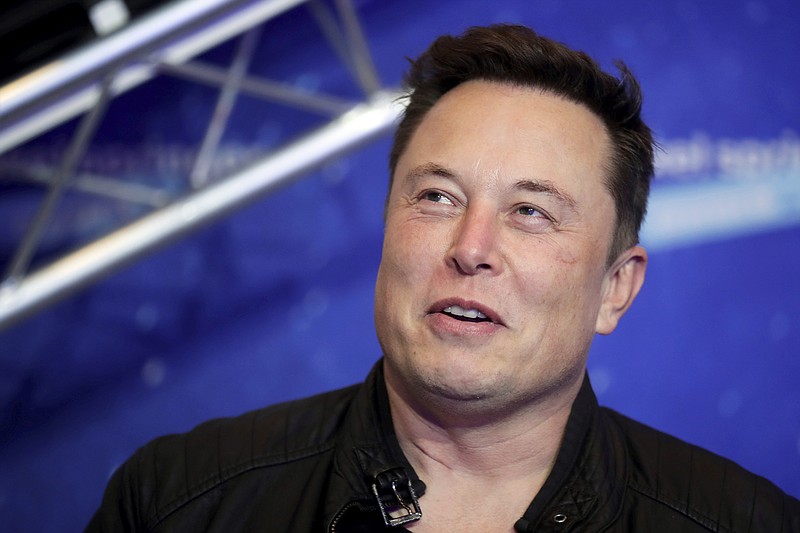 FILE - In this Dec. 1, 2020, file photo, SpaceX owner and Tesla CEO Elon Musk arrives on the red carpet for the Axel Springer media award in Berlin, Germany. Tesla will join the S&P 500 on Monday, Dec. 21, 2020, after a streak of profitable quarters helped push its stock price up over 700% this year. (Hannibal Hanschke/Pool Photo via AP, File)

DETROIT -- In the middle of last year, Tesla's losses were piling up, sales weren't enough to cover expenses and big debt payments loomed. The situation was so bad that one influential Wall Street analyst raised the possibility that Tesla wouldn't be able to pay its bills and would have to be restructured financially.

Since then, the electric car and solar panel maker's shares have skyrocketed, rising nearly 700% this year alone. Monday was its first day of being included in the prestigious S&P 500, and it didn't go well. Shares tumbled 6.5% to $649.86 even though the index as a whole lost only 0.4%. The stock hit a record high Friday.

Tesla's rise to become the world's most valuable automaker and rank among the 10 biggest U.S. companies in the index is a surprising accomplishment considering that the company lost $1.1 billion in the first half of 2019. The increase was so stunning that even Chief Executive Officer Elon Musk has said the shares are overpriced.

Global sales hit a record of almost 140,000 vehicles in the third quarter, debt has been reduced with proceeds from stock offerings, and Musk's company is building two huge factories to make new vehicles and satisfy demand. Intensely loyal followers have invested billions and Musk has become the world's third-richest man, according to Forbes.

Tesla and Musk have for years engendered strong divisions on Wall Street, and the rise from near-collapse to an astronomical valuation is no exception.

Many investors who drove Tesla's value higher are individuals who bought the stock after a five-for-one split reduced the price of a single share last summer. The bulls are largely betting on the company's future and point to five straight profitable quarters, rising sales, and world-leading battery and software technology to justify their bets.

New York investment manager Ark Invest has consistently predicted Tesla's meteoric rise. Ark says Tesla has a technology advantage over other auto companies in the performance and range of its vehicles. And if Musk makes good on his pledge to reduce battery costs, demand for electric vehicles will rise, with Tesla uniquely positioned to respond at large scale.

"If you look at a company like Tesla, they're single-handedly in a way sort of making that curve, because they're the largest producer of batteries," said analyst Tasha Keeney.

Tesla's lowest-priced vehicle, the Model 3, is pulling buyers from mainstream brands with a base price of $37,990, Keeney said. That can quickly rise above $40,000 or even $50,000 with options. Tesla's forthcoming angular Cybertruck pickup, starting at $39,900, will hit a mass market price comparable to other pickups, Keeney said. And Musk has promised battery breakthroughs that will bring a more affordable $25,000 vehicle, Keeney said.

Ark sees Tesla's shares rising to $1,400 by 2024. The investment firm also sees earnings potential from Tesla one day using its vehicles to run a profitable autonomous robotaxi service. Tesla, Keeney said, is building a huge database of experiences from cars now on the road, giving it an advantage over competitors including Alphabet Inc.'s Waymo, considered the leader in autonomous driving technology.

This all makes little sense to the bears, who consider Tesla's valuation absurdly high. On paper, Tesla is worth more than Toyota, Volkswagen, General Motors, Ford, Fiat Chrysler, Nissan and Daimler combined.

"Tesla shares are in our view, and by virtually every conventional metric, not only overvalued, but dramatically so," J.P. Morgan analyst Ryan Brinkman wrote in a note to investors. He has a $90 one-year price target on the stock.

On a November earnings conference call, Toyota President Akio Toyoda said Tesla isn't a real automaker yet. "You can use the analogy of kitchen and chef," Toyoda said. "They have not created a real business yet or a real world yet, but they're trying to trade the recipes. And the chef is saying that, well, our recipe is going to become the standard of the world in the future. I think that is a kind of business they have," he said.

Tesla, which this year disbanded its media relations office, did not respond to requests for comment.

One of Tesla's challenges is to make a profit from vehicle sales. The company would lose money if not for payments from other automakers who buy regulatory credits to make up for failing to meet government pollution standards.

Erik Gordon, a business and law professor at the University of Michigan, notes that the income from those credits will fall as other automakers roll out their own electric vehicles.

"At some point Tesla has to prove itself as a business, not as a stock market phenomenon," Gordon said.

To do so, Tesla has to sell more vehicles. The Model 3 was initially billed as a $35,000 vehicle for the masses, but it doesn't make money at that price, Gordon said. The Cybertruck is Tesla's best chance to move beyond a niche seller because people will pay more for pickups, he says.

But Detroit's three automakers all have announced plans for electric pickups of their own and will defend their main profit source. "They will fight to the death over that," Gordon said. 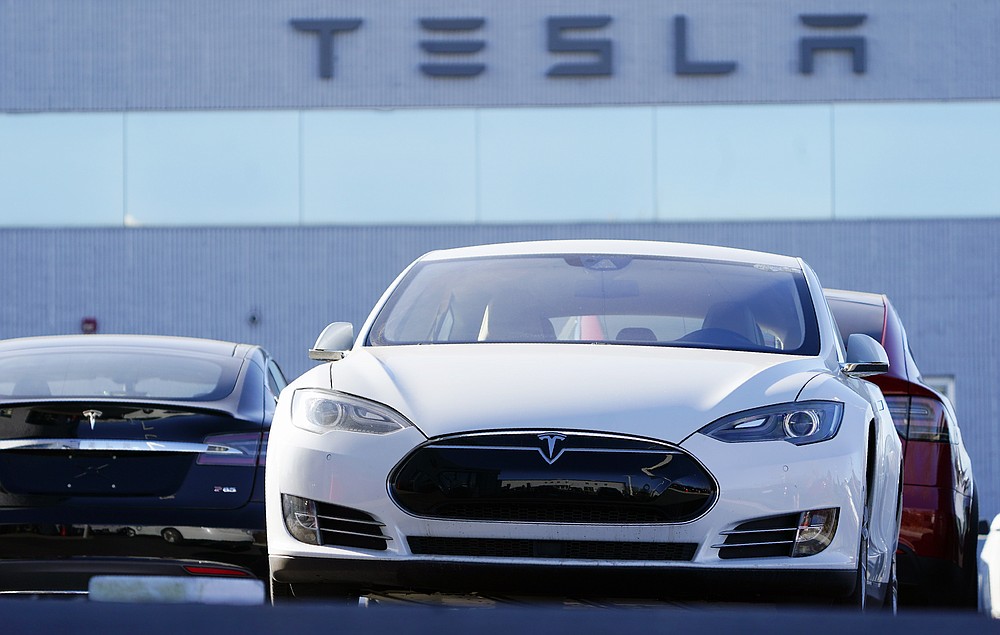