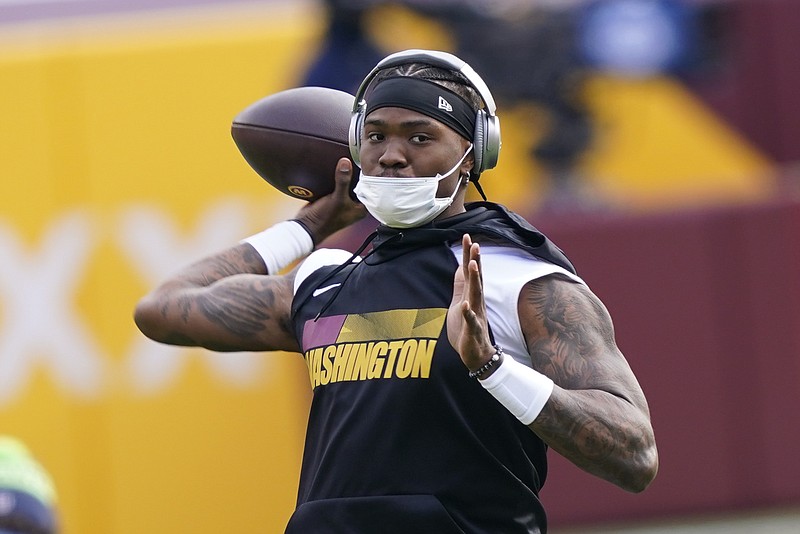 Gamecocks out of bowl

South Carolina won't be going to a bowl game after all. The Gamecocks, who finished 2-8, opted out of the Gasparilla Bowl against UAB on Tuesday due to positive covid-19 tests and contact tracing within the program. The game in Tampa, Fla., was scheduled for Saturday but is now canceled. The team fired coach Will Muschamp in November and ended its all-SEC schedule with six consecutive losses. Former Oklahoma assistant Shane Beamer, the son of ex-Virginia Tech coach Frank Beamer, was hired earlier this month to take over the program. Athletic Director Ray Tanner said the team was excited about playing UAB in a bowl game. However, the positive tests among staff members and players, and subsequent contact tracing "had taken a toll too high for us to overcome," he said.

Florida received a year of probation and football Coach Dan Mullen was sanctioned Tuesday after the school and the NCAA agreed to resolve an infractions case involving impermissible contact with recruits last year. None of the infractions was deemed Level I, the most serious, but the NCAA said the head coach did not promote an atmosphere of compliance. It did not name Mullen, who has been Florida's coach since 2018. Many of the penalties, including reduced evaluation days and number of permissible phone calls to recruits, were implemented earlier this year. The unidentified assistant coach and Mullen had impermissible in-person contact with a prospect at the prospect's high school in Seattle, according to the report. The prospect had not yet completed his junior year, making it a Level II violation.

LSU offensive coordinator Steve Ensminger and defensive line coach Bill Johnson are retiring from their regular coaching duties but will remain with the program as analysts. Those changes to Coach Ed Orgeron's staff were announced Tuesday, a day after LSU said defensive coordinator Bo Pelini was leaving the program. The 62-year-old Ensminger played quarterback for LSU in the 1970s and spent two years in the NFL before moving in the early 1980s to a coaching career spent primarily in major college football, including stops at Georgia, Clemson, Texas A&M and Auburn. He was offensive coordinator for the most successful Tigers team in history -- the unbeaten 2019 squad that won a national championship with Heisman Trophy winner Joe Burrow at quarterback.

Washington quarterback Dwayne Haskins publicly apologized Tuesday after photo evidence came to light of him partying with several people unmasked after playing Sunday. The Washington Post reported the photos were taken at a gentleman's club. Haskins said on Twitter he spoke with Coach Ron Rivera and took full responsibility for putting the team at risk during the pandemic. "It was irresponsible and immature of me and I accept responsibility for my action," Haskins said. "I also want to apologize for creating a distraction for my team during our playoff push. I will learn and grow from this and do what's best for the team moving forward." The team is aware of the situation and said it's handling it internally. There was no immediate word whether Haskins would be fined or suspended for violating covid-19 protocols. The team fined him earlier this season for a separate violation while on the road. Haskins started Sunday for the first time since early October and threw two interceptions and a touchdown in a 20-15 loss to Seattle.

Tampa Bay practice-squad quarterback Josh Rosen has been signed to the 49ers' active roster, ESPN's Adam Schefter and Field Yates reported Tuesday afternoon. Rosen is expected to back up C.J. Beathard for San Francisco, which has been decimated at the position by injuries to Nick Mullens and Jimmy Garoppolo. The 10th overall pick (by the Cardinals) out of UCLA in the 2018 draft, Rosen was signed to the Bucs' practice squad on Sept. 8 and has spent the past three months working daily alongside Tom Brady. He was spotted at Tampa Bay's walk-through practice Tuesday. San Francisco will be Rosen's fourth organization in less than three years. He was traded to the Dolphins in April 2019 after Arizona drafted Heisman Trophy winner Kyler Murray, then became expendable again when the Dolphins drafted Tua Tagovailoa in April.

Cleveland Cavaliers forward Kevin Love will miss the season opener tonight against Charlotte because of a strained right calf. The team officially ruled Love out on Tuesday, hours after Cavs Coach J.B. Bickerstaff said he was preparing not to have the five-time All-Star in the lineup. Love got hurt during the first preseason game against Indiana earlier this month. He missed Cleveland's next three games and hasn't been cleared to practice. Larry Nance Jr. will likely start in place of Love. The 32-year-old Love is seven points shy of 13,000 in his career. He'll soon become the ninth player in league history to have 13,000 points, 7,000 rebounds and 1,000 three-pointers, joining a list that includes Kobe Bryant and LeBron James.

The Philadelphia Phillies have promoted Sam Fuld to general manager. The team also promoted Jorge Velandia to assistant general manager and Terry Ryan to special assistant to the general manager. Dave Dombrowski was hired to run baseball operations two weeks ago. The 39-year-old Fuld joined the Phillies in November 2017 as the major-league player information coordinator, working closely with the coaching staff to integrate advanced metrics into the team. He also worked as an outfield instructor. Fuld was the director of integrative baseball performance last season. He oversaw athletic training, strength and conditioning, and nutrition. Fuld played parts of eight seasons from 2007-2015 with the Chicago Cubs, Tampa Bay Rays, Oakland Athletics and Minnesota Twins. In 2009, he led National League rookies with a .409 on-base percentage and finished fourth with a .299 batting average.