OPINION | REVIEW: ‘Wonder Woman 1984’ eschews all that made the first film so memorable 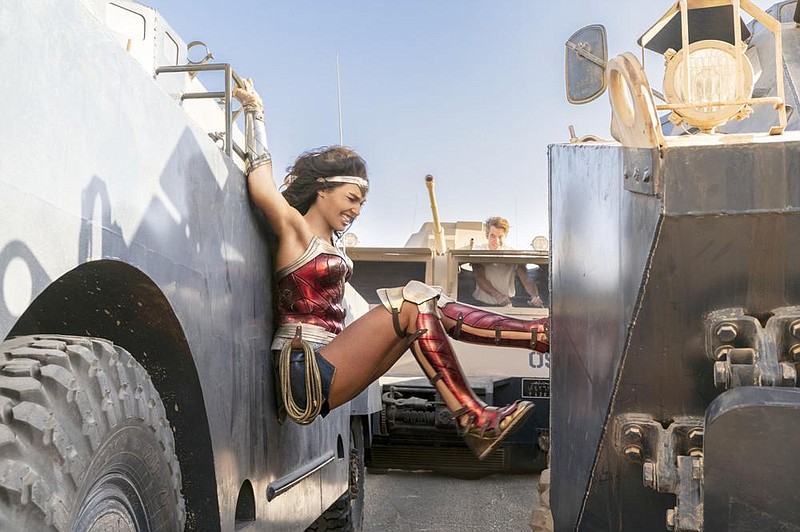 Patty Jenkins' "Wonder Woman" was (and remains) easily the best film in the still-burgeoning DC Universe. A marvel of dramatics, humor, and positively elevated action sequences, some of which caused me to shed tears of profound emotion, the film was a smash hit, and proved (as if it still was somehow in doubt) that women could make high-quality action fare. At the center of everything good in the film was its star, Gal Gadot, an Israeli actress who somehow provided a convincing mixture of nobility, kindness, and ruthless battle-glory (a similar mixture of qualities that made Chris Evans' Captain America so effective).

So it is that I'm deeply saddened to report that the Jenkins helmed sequel, "Wonder Woman 1984," set, as the title suggests in the mid-'80s, is a disastrous blast of way too much and not nearly enough in all the wrong proportions. As sincere as it's trying to be, it wears sentimentality on its shoulder-padded, lime-colored blazer like a neon broach.

After a brief flashback sequence from Amazonia, as young Diana (played by Lilly Aspell) learns a valuable lesson about trying to profit from cheating ("No true hero is born from lies," she is told), we are brought to the garish world in which adult Diana now lives, filled with popped collars, cherry red Trans Ams, and Day-Glo spandex. It's also filled with pointedly predatory men constantly propositioning the stunning Diana everywhere she goes, only to be coolly rebuffed. She still only has eyes for the long-gone Steve Trevor (Chris Pine), lost to a heroic act of self-sacrifice back in WWII.

As it happens, Diana works at the Smithsonian as an expert in "cultural anthropology," among other things. When a batch of new ancient artifacts comes into the museum's possession, under the purview of Barbara Minerva (Kristen Wiig), a mousey, but sweet scientist, one, in particular, catches Diana's eye: An extended crystal with an ancient inscription about granting wishes. Diana muses about the wish she would make -- the return of her lost love -- while Barbara has her own secret desire -- to be more like the powerful Diana.

Before too long, both wishes come to be true, in a manner of speaking: Diana is reunited with Steve, who has taken over someone else's body; and Barbara discovers strength, speed, and power she never imagined before.

Unfortunately, the women aren't the only ones aware of the stone's incredible power. There is also would-be oil mogul Maxwell Lord (Pedro Pascal), about to lose his company and his investors' trust, before he manages to smuggle the artifact out of the museum and chooses as his wish to essentially become the stone itself, allowing others to fulfill their grandest desires through him, in exchange for power and domination.

In trying to track down Lord, Diana becomes aware of her diminishing powers, the unfortunate cost to her own wish-making. It becomes more and more clear to her and Steve that she will have to renounce her wish (a sort of take-back, it must be said, the standard Monkey's Paw would never allow) in order to save the world, even if it costs her what she loves most.

It's unclear why the filmmakers thought it best to set the film where it is -- although Soviet/U.S. relations do play a factor, they just as easily could have been updated -- other than to allude vaguely to the heyday of the popular "Wonder Woman" TV show, which starred Lynda Carter, in the late '70s. Narratively, it doesn't seem to accomplish much but allow a few silly jokes, and one amusing fashion sequence with Steve trying on different outfits of the time. Besides the garish style, and hideous male behavior (then, as now), the film also employs one of the more unfortunate aspects of the decade: bountiful, idiotic excess.

What was emotionally effective in the first film, based on Diana's very serious mandate to eradicate man's evil on the Earth, becomes flattened by her desire for her boyfriend's return, and her bountiful empathy against her foes ("It's not their fault," she tells Steve, "they don't know"). The thrilling, valiant Warrior Princess, whose enjoyment of battle powered her character's drive, becomes a flaccid appeal to humankind's more elevated instincts. It's like watching the unfortunate "Superman IV: The Quest for Peace" trade-in its action bonafides for a strident ideological dirge.

Along the way, there are moments of such plaintive cheez whiz, and questionable acting, the film loses any sense of conviction by the (long) minute. Choose your worst moment: Diana's speech imploring people to take back their wishes for the good of the planet? Lord's rise to power-drunk madness, and subsequent collapse for the love of his young son? Barbara's ridiculous cat-tail when she gains further powers and goes full-on "Cats"? It's all too much, and too poorly constructed for us to care.

The script is riddled with lazy conveniences that demand the viewer not notice whatever conflicting or ill-formed ideas it tosses out -- how does Steve first find Diana, at a closed-off posh museum fundraiser? Since when does she have the ability to turn things invisible, and if she does, why doesn't she employ it in other sequences? To choose but one abused plot crutch, Jenkins, along with fellow screenwriters Geoff Johns and Dave Callaham, has made it so Diana's golden lasso suddenly has a plethora of conveniently added additional powers, acting in one scene like Spider-Man's web, in other like Indiana Jones' whip, and yet another as a means for characters to view significant moments from their own past. Things are switched around to speed along the endless scenes with as little friction as possible, as if that's somehow a positive thing.

The dialogue is often corny ("The magical land of my youth ... like a beautiful dream of when the whole world felt like a promise and the lessons that lay ahead yet unseen"); the acting often shuddery; the tone stuck between campy and mawkish; the story both too long on exposition, and too short on specificity, very little of it works as intended. It feels like a series of questionable ideas that never should have left the writers' room. Worst of all, it missed the single most stirring element to the Wonder Woman character: She is a protector of the disadvantaged in a world of men gone mad with power. It is through her strength and indomitable will that she forces them to face their own weakness.

When she's fighting against actual evil, such as the Nazis, this quality is electrifying. Here, pitting her against a basic narcissist, and a hopped-up Rumpleteazer, her most captivating trait is totally wasted. You can see how Jenkins and company were attempting to offer healing to a world ravaged by bad news and ever-dividing political fractiousness, but despite good intentions, this flabby mess most certainly won't help. Like Gadot's infamous celebrity sing-a-long video from the beginning of the quarantine, it might mean well, but it can't hit the right notes. 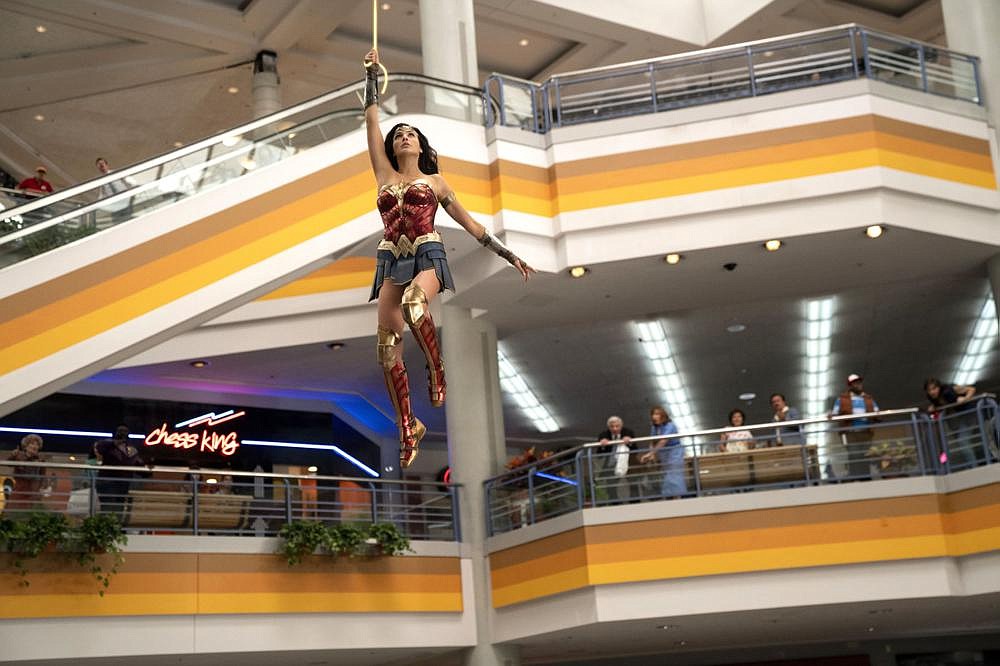 Remember when shopping malls were all the rage? Diana Prince (Gal Gadot), aka Wonder Woman, visits one in “Wonder Woman 1984.”
ADVERTISEMENT